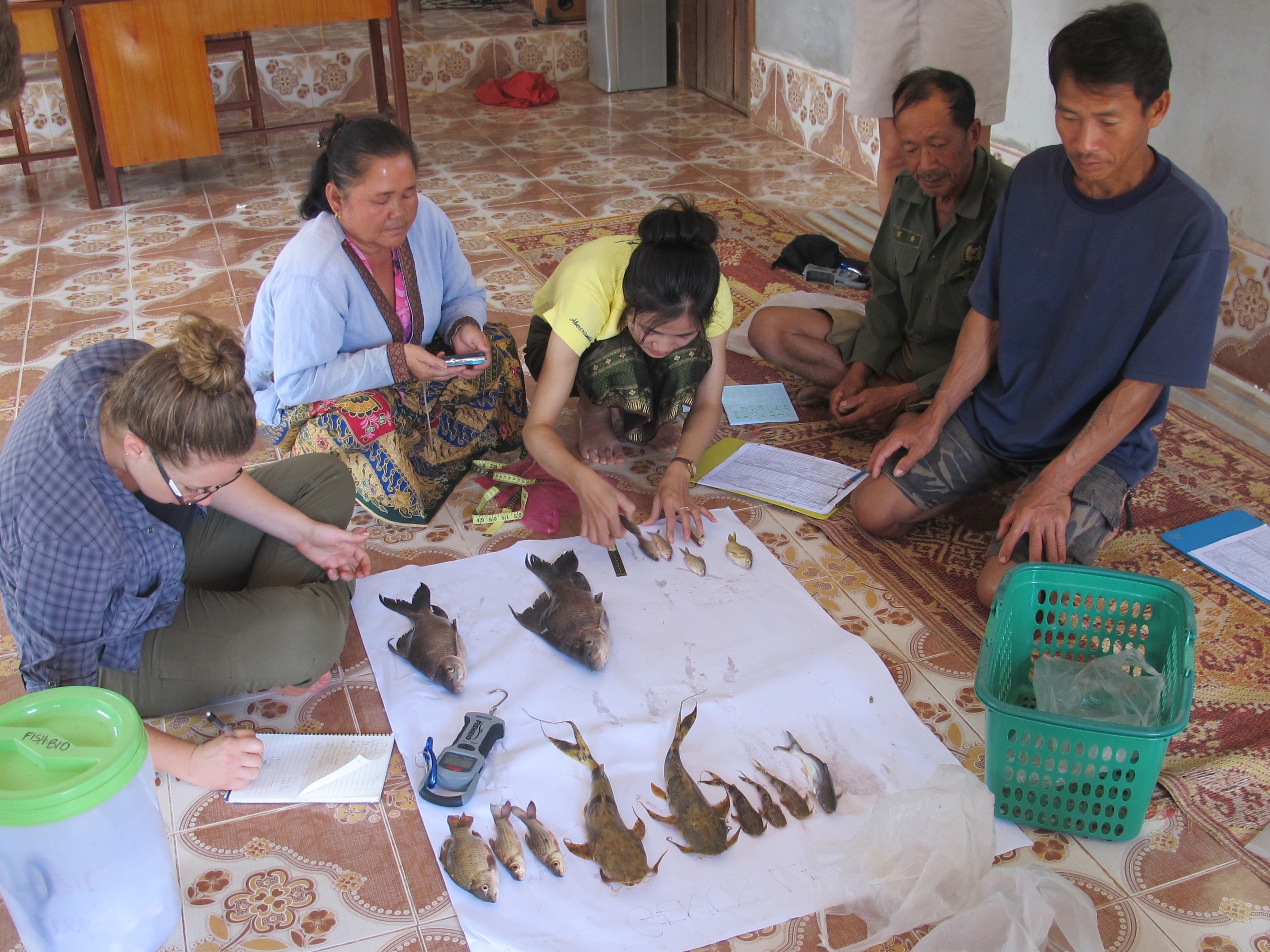 Project Background: Small-scale artisanal fisheries provide a vital source of food and income for people living in the Mekong River basin. However, the dispersed and diverse nature of these fisheries, as well as the variable abundance and incredible biodiversity of Mekong fishes, present challenges to monitoring fisheries and fish populations in the region. To address some of these challenges, FISHBIO tested a standard sampling program for that draws on the participation of fishers themselves. The participatory method directly engages resource users in monitoring and incorporates their local ecological knowledge. Such basic participatory fisher surveys adopted on a broad scale can complement detailed, technical expert surveys, thereby achieving both survey breadth and depth, as well as providing a more comprehensive assessment of fish populations.

With a grant from the Mohamed bin Zayed Species Conservation Fund, FISHBIO conducted a three-month pilot project in two villages on the Mekong mainstream near Vientiane Capitol, Lao PDR. Fishers in these villages are known to catch the endangered Jullien’s Golden Carp (Probarbus jullieni); thus, another project goal was to provide information on the size, abundance, and distribution of this species of conservation concern. FISHBIO held workshops to train fishers how to record basic, standardized information on the amount and types of fish caught, as well as the amount of fishing effort, and also trained and supported a young professional Lao researcher as a field team leader. Lessons learned from this pilot project can be used to inform the development of a large-scale, standardized participatory fisher survey program.