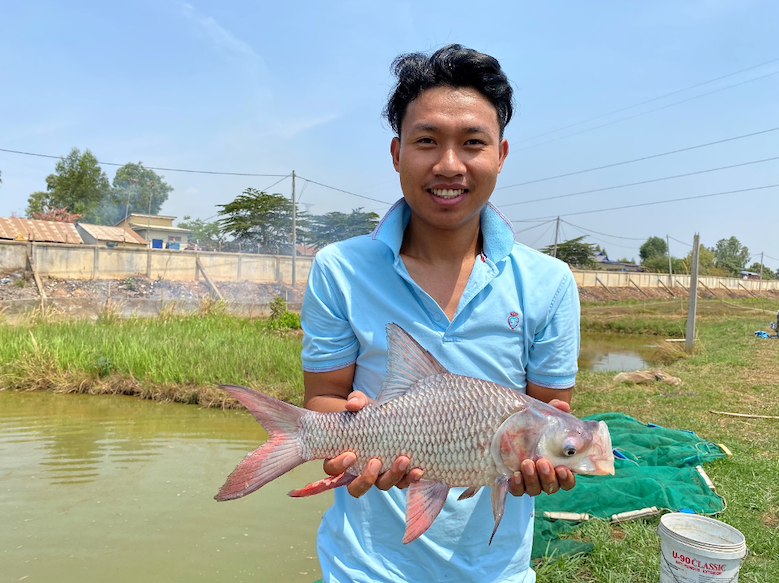 Dr. Zeb Hogan, who leads USAID’s “Wonders of the Mekong” project, says, “Giant fish are flagship species that symbolize the ecological integrity of the Mekong River. The disappearance of these animals is a warning that we need to take urgent action to improve the ecosystem health of this remarkable river.” Several Mekong megafish species are now endangered and both the number and size of fish caught have declined. The biggest include the Mekong freshwater stingray (Urogymnus polylepis), which can have a wingspan of up to 4.3 m, Pangasianodon gigas (Trey Reach), Catlocarpio siamensis (Trey Kolriang), and Pangasius sanitwongsei (Trey Popruy), which can grow up to about 3 meters in length and weigh 300 kilograms, and Aaptosyax grypus (Trey Pasanak), Probarbus jullieni (Trey Trasak) and Wallago attu (Trey stourk), which can grow up to 20 kilograms. All of these are listed by the IUCN as Critically Endangered, and current and future threats may put these species at risk of population extirpation or extinction. 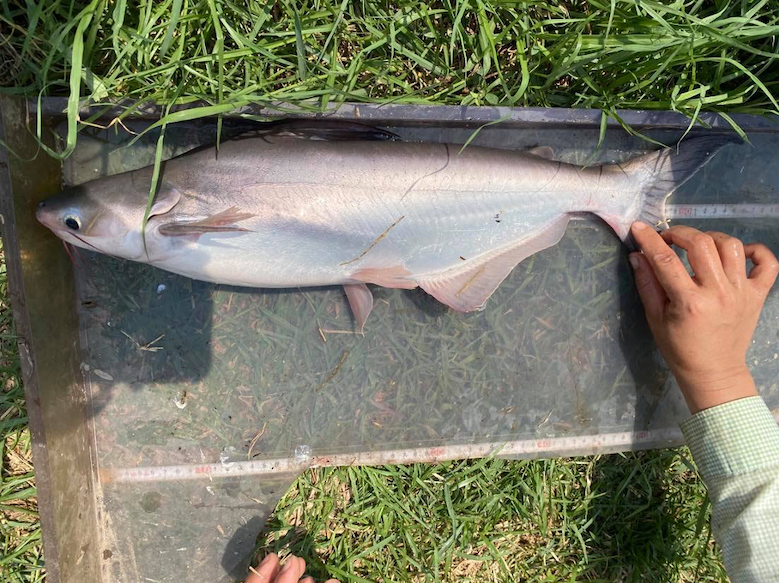 Based on a recent study by Wonders of the Mekong on traditional ecological knowledge about large and endangered fish, megafishes in the northern Cambodian Mekong Basin in Kratie and Stung Treng are very rare, decreasing in population abundance, at high risk of extinction, and decreasing in body size. Also, the population of three giant species of Mekong River fishes (C. siamensis, W. micropogon, and P.jullieni) previously thought to be in serious decline can still be found, although, their body sizes are significantly decreasing. Unfortunately, the Mekong Giant Catfish, P. gigas, considered critically endangered by IUCN, is still rare in this stretch of the Mekong. The presence of giant and endangered species in Mekong River deep pools demonstrates the importance of these habitats in fish conservation and provides a starting point for the preservation of these species. The decline of Mekong megafish in northern Cambodia can be attributed to a variety of causes such as threats from multiple anthropogenic pressures. These threatened fishes are all rapidly declining and could ultimately face extinction. The impact of these threats could be minimized by proper management and an effective conservation plan, such as the sustainable management of fishing. 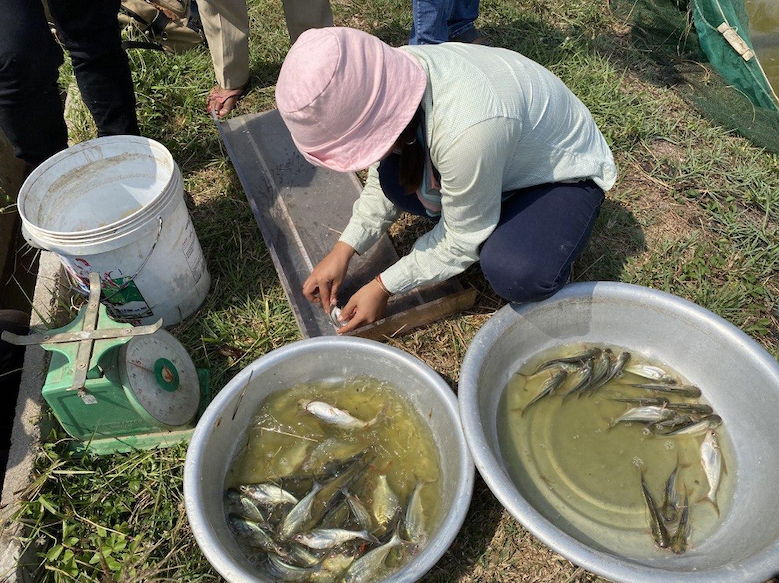 In light of this, since 2017, approximately 100,000 larvae of endangered fish such as Mekong giant catfish (Pangasianodon gigas), giant barb (Catlocarpio siamensis), striped catfish (Pangasianodon hypophthalmus) and other species have been confiscated from illegal fishing operations or collected during research activities. These juvenile fishes are kept in a rearing facility before being released back into the river at a larger size. During rearing in ponds at Cambodia’s Freshwater Aquaculture Research and Development Center (FARDC), Mrs. Hoy Sreynov, an official of the Department of Aquaculture Development of the Fisheries Administration, does monthly monitoring to observe fish growth, feeding, and lifespan. Running this catch, raising and release program requires an understanding of conservation importance and a strong network to promote effective conservation management. 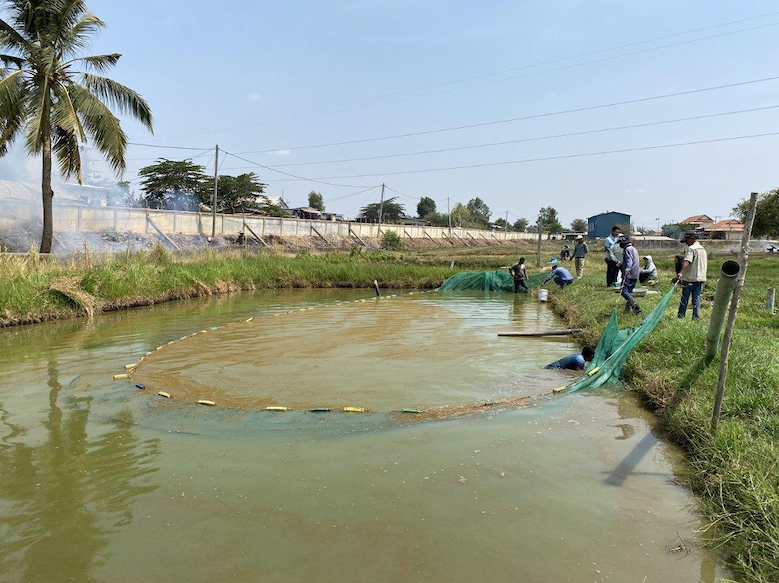