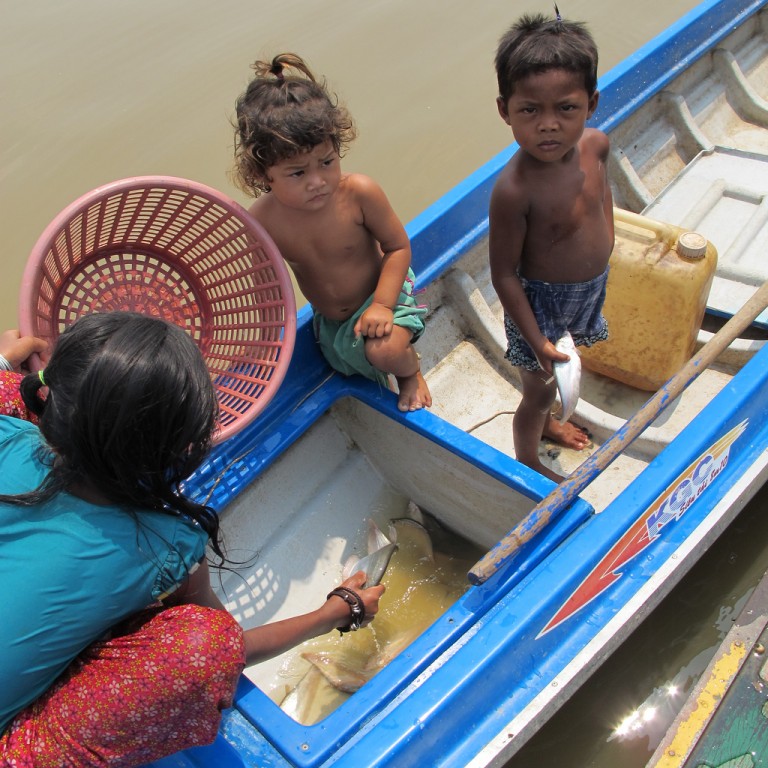 Tonle Sap Lake has been called the heart of the Mekong. This dynamic Cambodian lake is the largest freshwater body in Southeast Asia, and it has been estimated that nearly half of Cambodia’s people benefit directly or indirectly from the lake’s resources (Keskinen et al. 2005). The unique hydrology of the Tonle Sap is almost entirely powered by the Mekong River downstream. More than half of the water in the lake originates from the mainstream Mekong River, and only about a third of the water originates in the lake’s tributaries (Kummu et al. 2013). If you were to visit the lake during the dry season in March, as we did when we snapped these photos, you would see a lake that behaves like most other lakes. At that time of year, the Tonle Sap drains through the 100 km (62 mile) Tonle Sap River, past the country’s capitol city, Phnom Penh, and into the mainstream Mekong River. 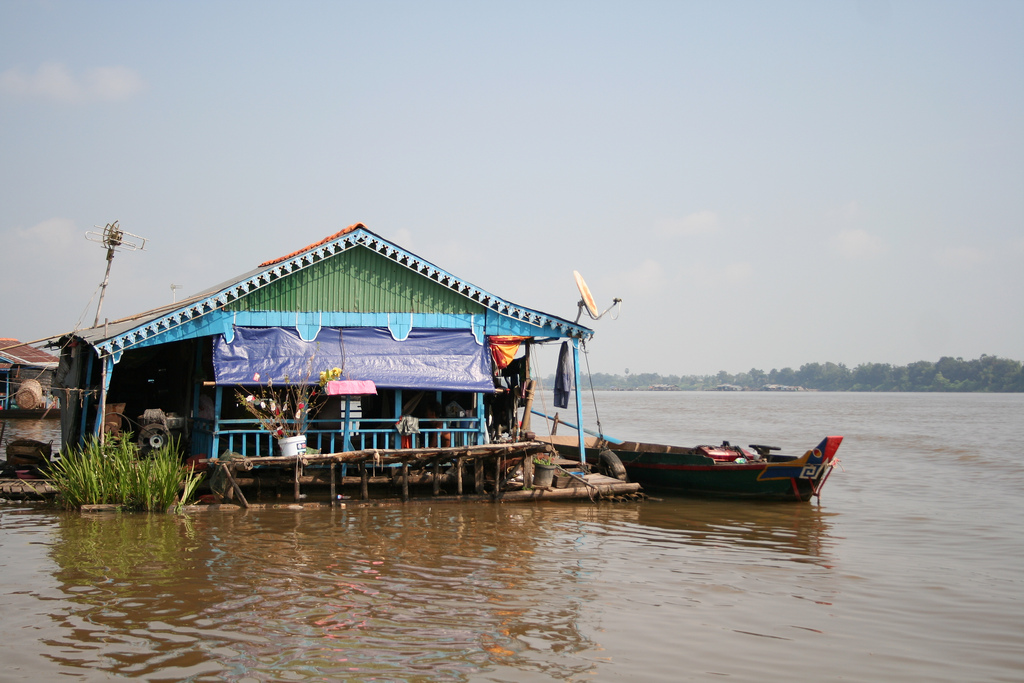 But if you were to visit the lake during the rainy season, you would discover an entirely different scenario. Around the end of May, water levels begin to rise in the Mekong River and the river pushes water from the Tonle Sap River back upstream, reversing the flow of the river and filling the lake. The region around the Tonle Sap Lake begins to flood and the surface area of the lake increases significantly, from 2,500 km2 (965 sq. mi.) to over 15,000 km2 (5,791 sq. mi.), flooding forests and rice fields.

The humans and wildlife that live in and around the Tonle Sap Lake have adapted to this unusual, backwards flowing river, and there is a strong interconnection between livelihoods and hydrology in the region. The Tonle Sap is one of the most productive lakes in the world (see Lake diversity), so it is not surprising that fishes are the main source of protein for the nearby residents (see Fishing for a living). Many people live in floating villages that allow for a somewhat nomadic lifestyle: they relocate their homes as the size and shape of the lake changes throughout the year. This makes it challenging for researchers to keep track of where fishers are catching fish in relation to where they live. Despite the rich productivity of the lake itself, the Tonle Sap region is one of the poorest in Cambodia. And as climate change and development projects alter the natural cycle of the Mekong River’s hydrology, the people who rely on the Tonle Sap for their livelihoods will need to adapt quickly to a shifting environment. It is likely that the children in this photo will witness enormous changes in their lifetimes.