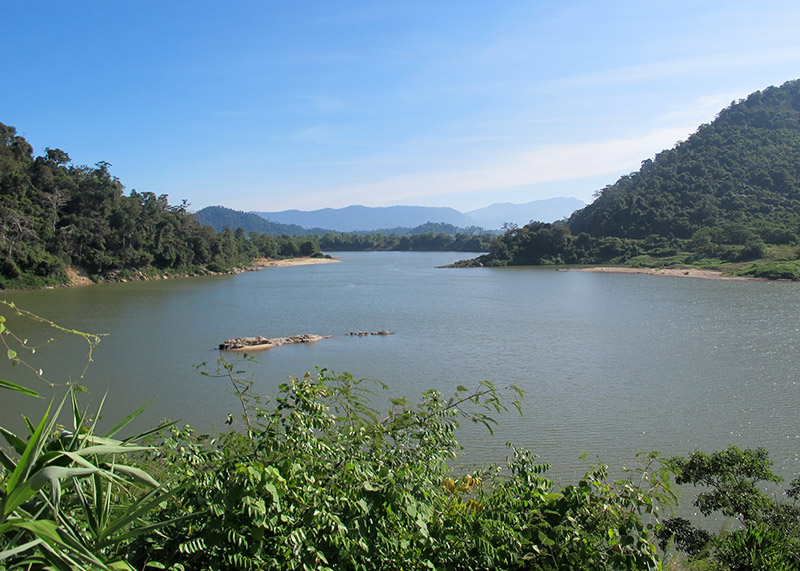 Conserving the wildlife of big rivers can be a challenging — and expensive — undertaking. Roughly $400 million is spent each year trying to study and protect salmon and other wildlife in the United States’ Columbia River Basin alone (Hilborn 2013). Reducing the impacts of human developments on large rivers is difficult because of our dependence on them for power production, transportation, and water supply. However, a recent paper in the journal Frontiers in Ecology and the Environment makes the case that tributaries to mainstem rivers can serve as a worthy, if unappreciated, focus in efforts to protect biodiversity. Tributaries can support a fish community similar to their associated mainstems, and may not have the same extent of physical alteration. But not all rivers or tributaries are equal when it comes to conservation value — so where do we focus efforts for the biggest effect?

Scientists from the University of Wisconsin, Madison wanted to know whether a readily measurable characteristic of a tributary could be used as an indicator of its conservation priority (Pracheil et al. 2013). They focused on river discharge, which is often a strong predictor of biodiversity patterns (Oberdoff et al. 2011). The team assessed the tributaries on four mainstem rivers in the Mississippi River Basin: the Arkansas, Mississippi, Missouri, and Ohio Rivers. For each tributary, they characterized its assemblage of large-river fishes, which they defined as fish species inhabiting a tributary that also lived in the mainstem river. Their analyses identified a discharge threshold of 166 cubic meters per second (about 5,862 cubic feet per second), above which tributaries tended to contain 80% or more of the fishes also found in the mainstem river. The paper also suggested that a number of rivers above the discharge threshold, such as the Yellowstone, Des Moines, and Yazoo Rivers, would make good conservation priorities because they exhibit stretches of 200 km or more that are unblocked by dams or other barriers.

Not surprisingly, the scientists found large-river fishes were more likely to inhabit larger tributaries than smaller ones. However, each species appeared to have its own minimum discharge requirements. The paper also reaffirmed that large-river fishes as a group need conservation attention: 60 of the 68 species in the analyses are listed as species of special concern at the state, federal, or international level. The list includes the likes of the American paddlefish (Polyodon spathula), pallid sturgeon (Scaphirhynchus albus), and lake sturgeon (Acipenser fulvescens). The paper authors caution that river discharge is a first-tier criterion for prioritizing rivers for fish conservation, but it should be combined with other measures, such as degree of habitat degradation, to assess conservation value. They also state this approach could prove useful in other areas of the world, such as the Mekong, where dams are planned for river tributaries as well as the mainstem (Ziv et al. 2012). The pace of development planning can quickly outstrip conservation planning and research; therefore, approaches to streamline conservation could prove valuable tools.