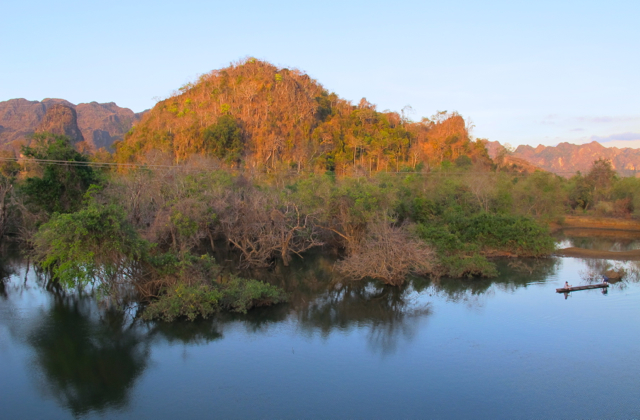 The Mekong region is one of the world’s environmental wonders–but a recent report highlights that much of the area’s incredible natural diversity is in danger of being lost. The giant Mekong River teems with a diversity of fish that is second only to the Amazon, and the region’s lush tropical forests offer habitat for iconic elephants, tigers, and one of the world’s rarest mammals, the deer-like saola. These natural resources also provide food, water, and livelihoods directly to about 70 million people throughout Vietnam, Cambodia, Thailand, Laos, Myanmar, China’s Yunnan and Guangxi provinces. However, the same resources are also eyed as the raw materials needed to fuel the region’s rapid economic growth. The World Wide Fund for Nature recently released a report stating that the Greater Mekong Region is at a crossroads. Now is a critical time to decide whether and how to change course and develop the region in a sustainable, environmentally sound way. The very future of the region’s wildlife hangs in the balance.

The report reveals a startling fact: in just 26 years (between 1973 and 2009), the Lower Mekong Basin has lost nearly one third of its forest cover. At the heart of the report is a series of maps that depict historical, current, and projected changes in forested areas. These maps suggest huge declines in the habitat of iconic wildlife species, and the prognosis for these animals is poor under current development scenarios. As human population density continues to grow, current rates of unsustainable development could destroy another full third of the area’s forestland by 2030. The forces of urbanization and industry encourage clearing forests for building, mining, farming rice, or growing monoculture plantations of eucalyptus, palm oil, or acacia – leaving core forest areas in fragments. The same practices also impact the region’s freshwater ecosystems, and climate change threatens to exacerbate the many environmental stressors of development.

However, the report also presents a roadmap for integrating environmental protection into future development. Such planning could help species survive in harmony with a “green economy”- a development scenario that would keep core patches of forest intact, with just 17% converted to other uses. The key will be investing in the protection and sustainable use of the environment as natural capital, rather than focusing on exploiting and exporting natural resources. This can include developing ecotourism, and capitalizing on the ability of intact forests to store carbon and reduce greenhouse gas emissions-the region’s forests currently store more than 320 million tons of carbon (Saatchi et al. 2011). Enforcing environmental laws to protect wildlife and habitats will also be crucial for the future of the region’s biodiversity, as will improving regional and international coordination, empowering local communities to participate in decision-making, and strategic restoration. Ultimately, a healthy environment, sustainable economic development, and human well-being are tied to one another. The best solutions will find ways to benefit all three.