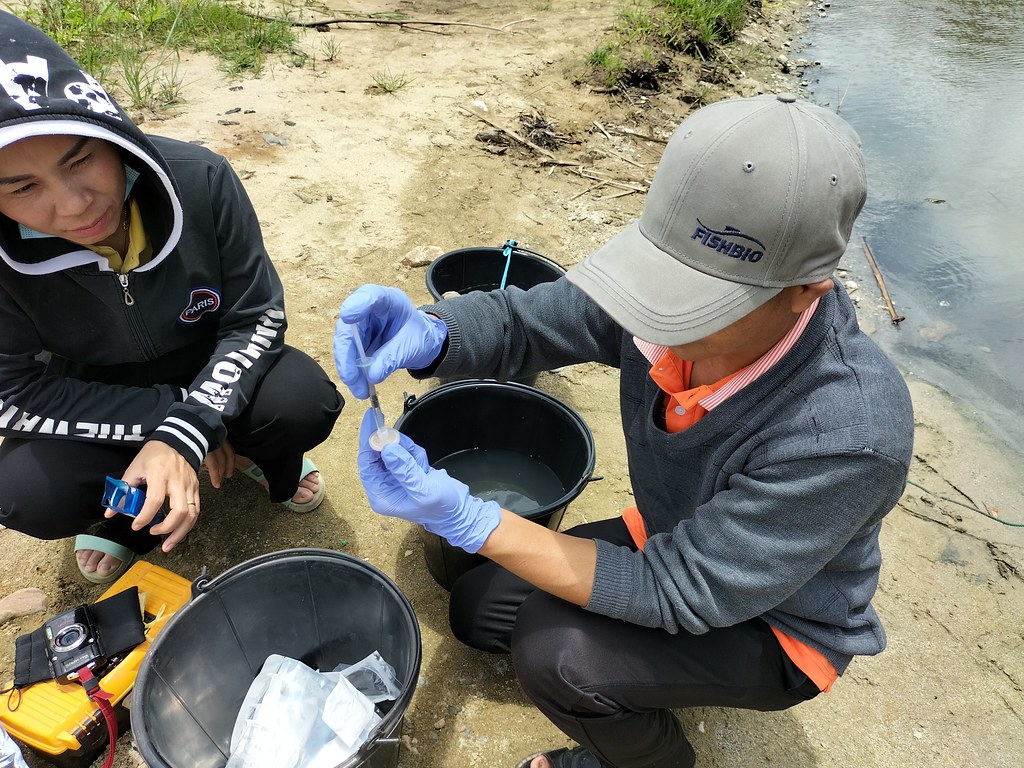 From tigers in the jungle to wolves on the tundra, the presence of top predators is generally a good sign that an ecosystem is healthy. When disturbances like habitat loss or growing human populations disrupt an ecosystem’s function, it is often these large carnivores that are the first to disappear. This trend also applies to aquatic ecosystems, where the existence of top predatory fish species is a good indication of a river’s health. One such predator is the wolf barb (Luciocyprinus striolatus), a fearsome-looking fish from the Mekong that can grow to lengths of two meters (6.6 feet). Despite its imposing size, or perhaps because of it, wolf barb numbers have declined as new dams have fragmented their habitat and increased fishing pressure has reduced their numbers. Currently listed as Endangered, the wolf barb is increasingly rare, and obtaining information on its distribution has proven challenging. In an effort to learn more about the current status of this top predator, FISHBIO – in partnership with Association Anoulak, Nam Theun 2 Power Company, and Comité de Coopération avec Laos – has undertaken a project funded by International Union for Conservation of Nature (IUCN) and the Critical Ecosystem Partnership Fund (CEPF) that is employing environmental DNA (eDNA) to map the current extent of the species in Lao PDR. With the aid of this new monitoring approach, important information is being gathered that will help inform wolf barb conservation efforts. 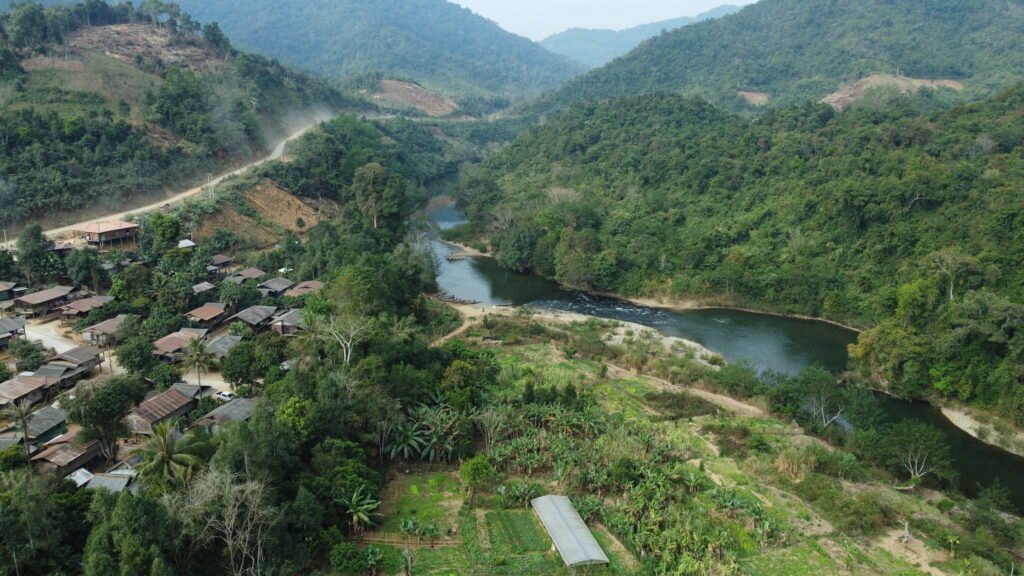 Known as Pakang, Pasak, or Pakouan in the Lao language, the wolf barb is endemic to the Mekong Basin in China and Laos. FISHBIO’s ongoing scientific study of this species is focused on understanding their biological life cycle in three provinces of Lao PDR, and initial sampling has targeted sites on the Xaychamphone, Nakai-Nam Theun, and Nam Pak rivers. Studying this rare species is particularly challenging, as its habit of lurking in swift, deep water makes them difficult to capture, and adult fish are rarely observed. Because this species is particularly cryptic, FISHBIO scientists are leveraging multiple approaches to maximize their ability to locate it. First, surveys of local fishers in the study regions are being conducted to evaluate local ecological knowledge and to identify locations where wolf barb have been recently captured or observed. Second, they are conducting hook and line surveys to capture adult individuals. If an adult is caught, FISHBIO scientists intend to collect fin clips for use in potential future population genetics studies. And third, they are filtering river water through special eDNA collection kits in order to determine whether wolf barb DNA is present in the study sites. 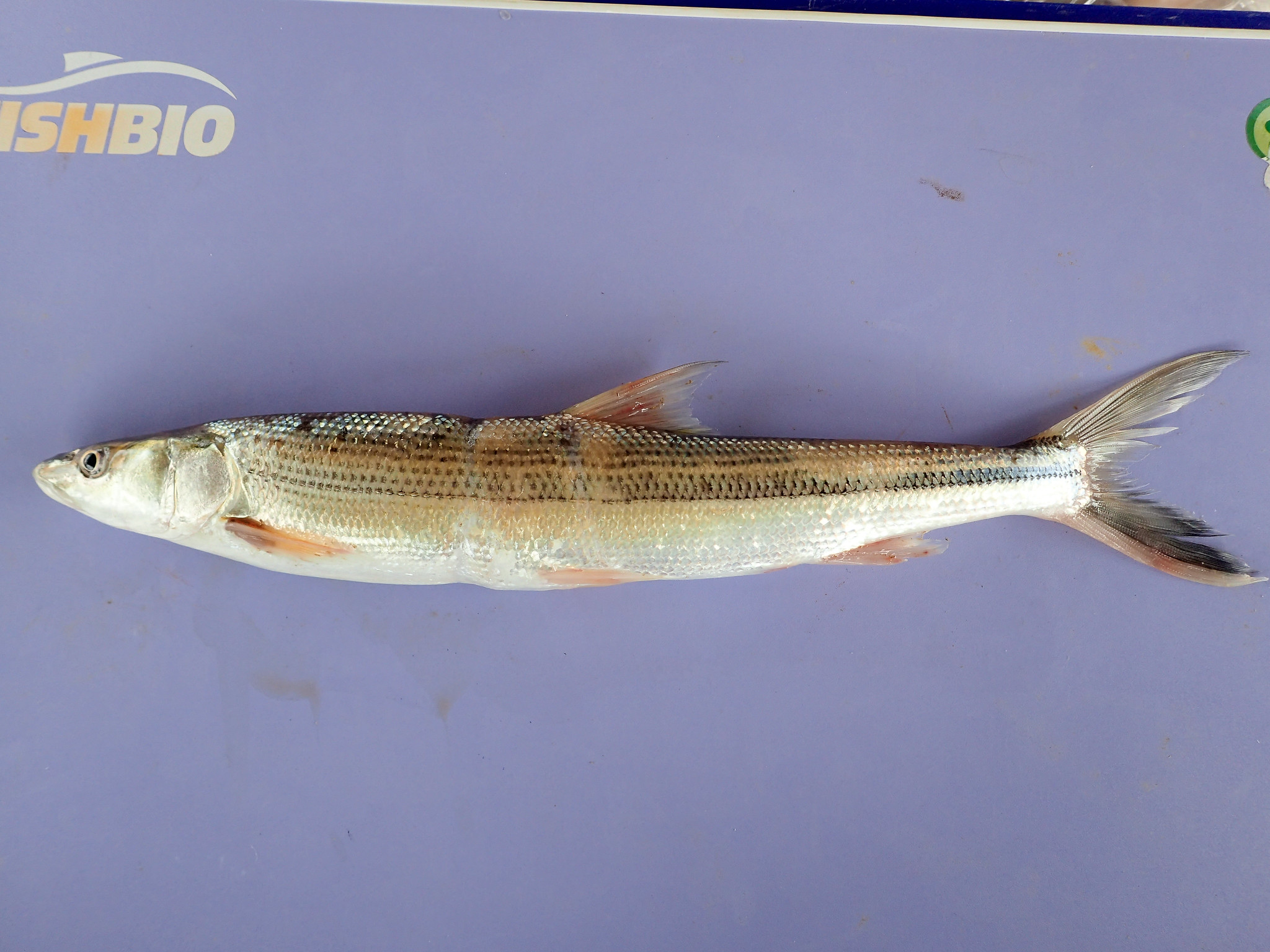 Although efforts to capture this elusive predator via hook and line sampling have so far been unsuccessful, FISHBIO scientists and project partners have gathered valuable information on the species from local fishers. In addition, local fishers provided five juvenile wolf barb that were captured in a gill net, and tissue samples from these fish were used to develop new eDNA primers to test for wolf barb DNA in the collected water samples. To date, 10 eDNA samples have been analyzed by project partner Jonah Ventures in their specialized laboratory, and five of these tested positive for wolf barb DNA. The positive samples were from the Nam Chat, Nam Herng, Nam Thuen, and Nam Noi rivers, which represent two of the three provinces that are being sampled for this study (Bolikhamxay and Khammouane). These findings suggest that the species is present in those rivers, and future sampling efforts may target the reaches where wolf barb DNA was detected. 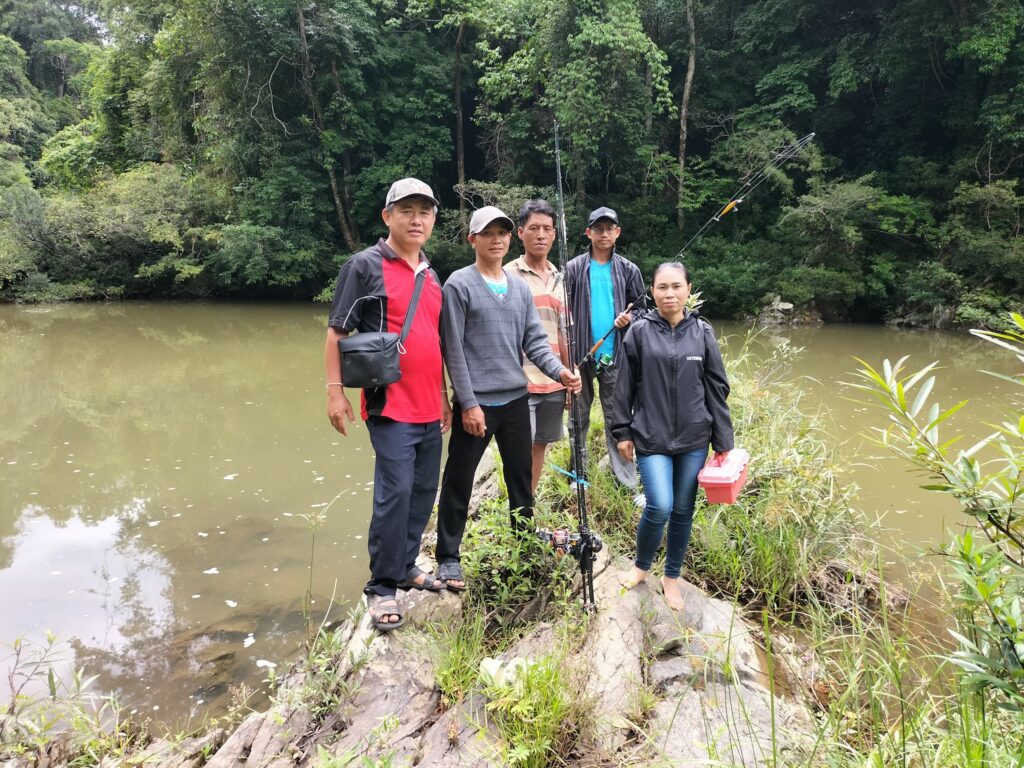 Lao wildlife and aquatic law was revised in 2021 to list the wolf barb as a protected species, and there is a need for more studies to support this listing and inform conservation actions. The initial results of this effort have provided significant data to guide efforts to study and address the decline of this key indicator species. However, the benefits of this project go beyond the provision of data on wolf barb populations, as project activities have also included training on catch monitoring and fisheries co-management approaches for local communities in three provinces. Project outreach has also included eDNA sample collection trainings, which are important for building the capacity of local communities to help collect valuable fisheries data in the future. Efforts to save this charismatic predator represent an excellent opportunity to educate people on the importance of fish conservation. As such, the wolf barb may be just as important for bringing communities together to manage and conserve their local fisheries as it is for the aquatic ecosystem.