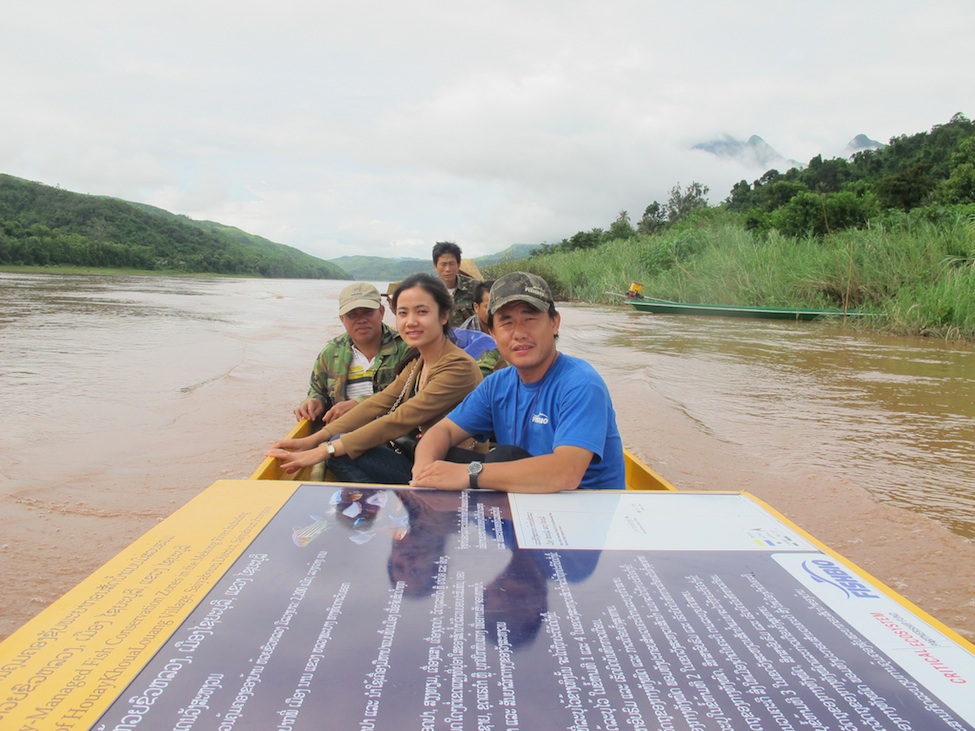 A central tenet of conservation holds that special natural areas should be protected in order to prevent their degradation or destruction. This concept of “place-based” conservation is reflected in the creation of national or state parks on land, and has gained momentum in the oceans through the establishment of marine protected areas (MPAs). The MPAtlas maps more than 13,000 MPAs around the world, which represent 2 percent of the global ocean surface. In contrast, protected areas specific to freshwater ecosystems have not featured as prominently in the conservation spotlight, and these environments often fall under the umbrella of terrestrial protected areas. However, many researchers have concluded that it is not sufficient for freshwater bodies to simply be encompassed by the boundaries of a park or reserve – these rivers, lakes, and wetlands deserve specific protections of their own (Herbert et al. 2010). At the upcoming World Fisheries Congress in Busan, South Korea, from May 23-27, FISHBIO will be hosting a symposium that seeks to apply lessons learned from the world of marine protected areas to improve the monitoring of protected areas in freshwater.

Aquatic protected areas take many forms, and can be created by a number of different entities, such as national governments, NGOs, or local communities. FISHBIO has taken a particular interest in community co-managed freshwater protected areas in Laos, where the responsibilities for establishing and enforcing the rules of the protected areas are shared between local community members and government officials (Baird and Flaherty 2005). Called Fish Conservation Zones, or FCZs, these community-managed protected areas have become a popular tool for trying to boost fish populations in rivers and wetlands throughout Laos, and Lao government officials have stated that more than 1,000 FCZs currently exist in the country. FISHBIO has worked with the International Union for Conservation of Nature with funding from the Critical Ecosystem Partnership Fund to help establish a number of FCZs on the mainstem Mekong River in northern Laos. Despite the successes in creating FCZs, there has been little effort to actually monitor their effectiveness, and questions remain whether and how these protected areas are actually working to help fish populations.

As part of a new project supported by CEPF, FISHBIO is embarking on an effort to produce a guidebook that communities and civil society organizations in Laos can use to monitor the effectiveness of their protected areas. The project seeks to draw on the extensive body of literature that has been developed around monitoring the effectiveness of MPAs (e.g. Pelletier et al. 2005, Lester et al. 2009, Fox et al. 2014) to see if any lessons learned from this effort can inform freshwater conservation efforts. In particular, FISHBIO is using the popular guidebook “How is Your MPA Doing” (Pomeroy et al. 2004) as a model for how communities can measure the performance of their local protected area on a biological, socio-economic, or governance level. As a first step to this project, FISHBIO staff have been conducting a literature review of papers describing various indicators that have been used to assess the performance of marine protected areas, and exploring their relevance to community-managed freshwater protected areas. We will soon share some of the findings and seek input from others at an upcoming session at the World Fisheries Congress.

Since 1992, the World Fisheries Congress has been held once every four years, and serves as a venue for convening both marine and freshwater fisheries experts from around the world. At the upcoming 7th World Fisheries Congress in Busan, FISHBIO will bring together researchers working on protected areas in both marine and freshwater environments for a session that will explore what the two disciplines can learn from each other. The session titled “Salty Stories, Fresh Spaces: Crossover lessons for conserving biodiversity and sustaining fisheries with marine and freshwater protected areas,” is drawing participants from Canada, Chile, Myanmar, and Thailand, to name just a few. We look forward to sharing outcomes of this work with you!