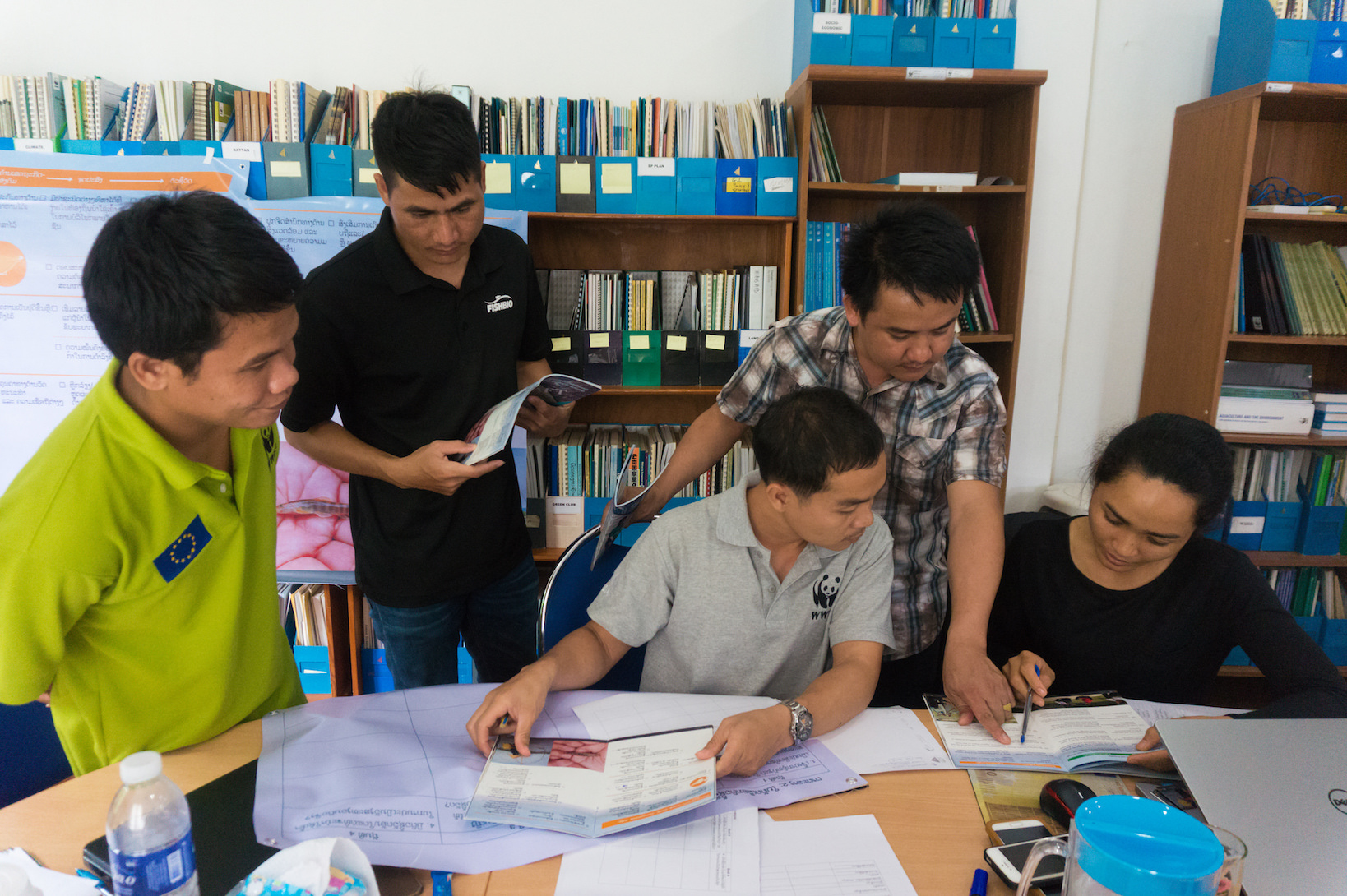 After more than a year in development, a draft of FISHBIO’s Fish Conservation Zone (FCZ) assessment guidebook is finally in print.  A training was held in Vientiane, Lao PDR, for our project collaborators at the World Wide Fund for Nature (WWF) and the Japanese International Volunteer Center (JVC) to introduce them to the guidebook and explain how it can be used to investigate an FCZ’s performance. The guidebook is a collection of indicators for measuring the governance, socioeconomic, and ecological success of a community co-managed FCZ. The full guidebook provides technical background and guidance in how to select, measure, and analyze relevant indicators (such as fish abundance, enforcement coverage, or household income distribution), while a companion handbook walks through the steps of conducting an FCZ assessment from start to finish. The guidebook incorporates the input  received at a workshop organized in Vientiane last year, as well as feedback from a number of peer reviewers. 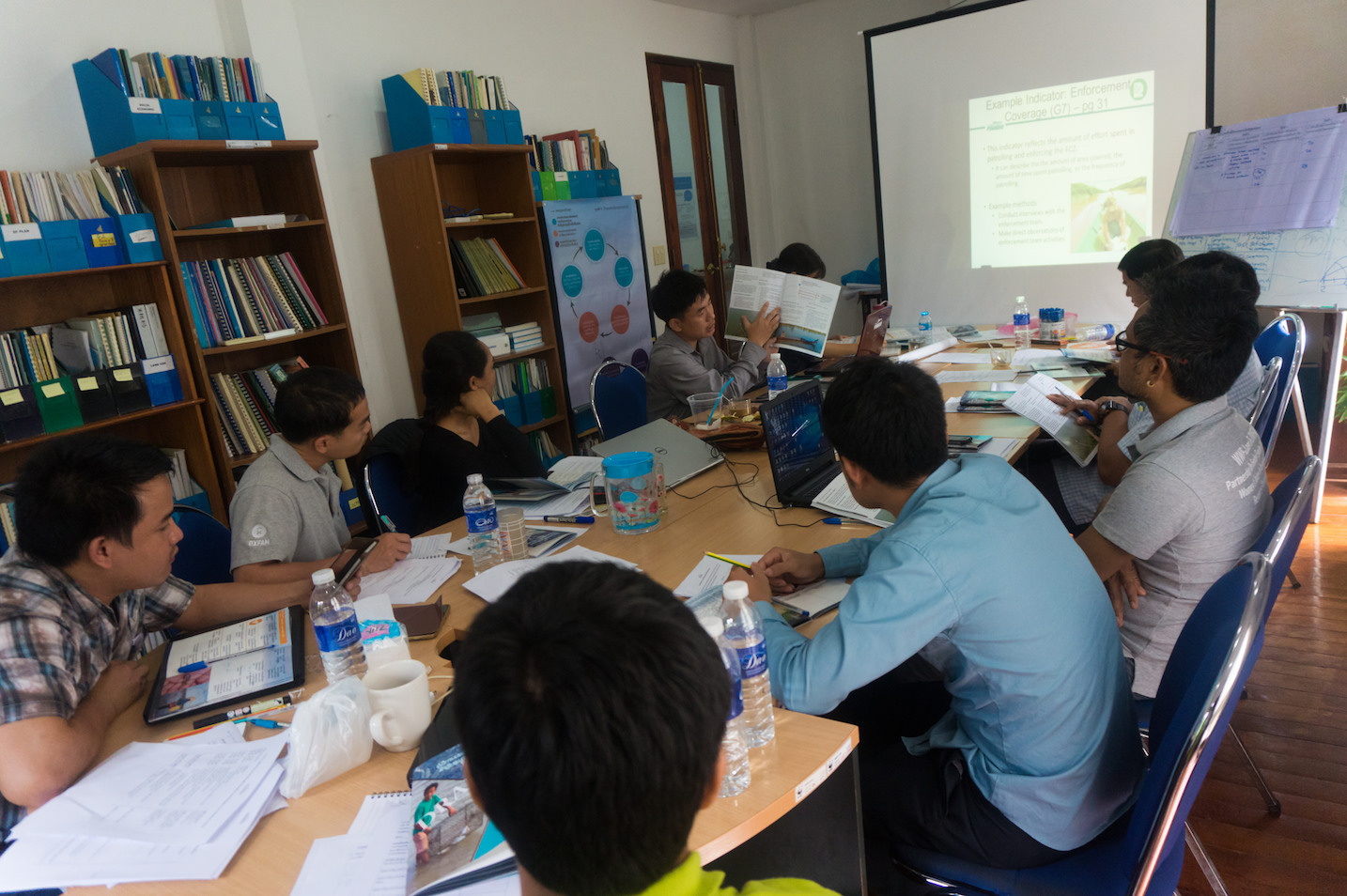 The training gave participants an opportunity to practice selecting the most relevant indicators based on example FCZ goals and objectives, and to offer feedback for improving the tool. WWF and JVC staff gave some useful input on terms that were unclear or confusing, which highlighted some of the challenges of translating this rather technical book from English into Lao. For instance, they pointed out the distinction between the words for “fish catch,” which usually refers to catching wild fish, and “fish harvest,” which usually refers to the catch from fish ponds. Over the next several months, WWF, JVC, and FISHBIO Laos will test the draft guidebook at three FCZs supported by their respective organizations. Feedback and results of this pilot testing will be used to revise the guidebook in hopes of making it a widely applicable and useful tool for community fisheries management in Laos. 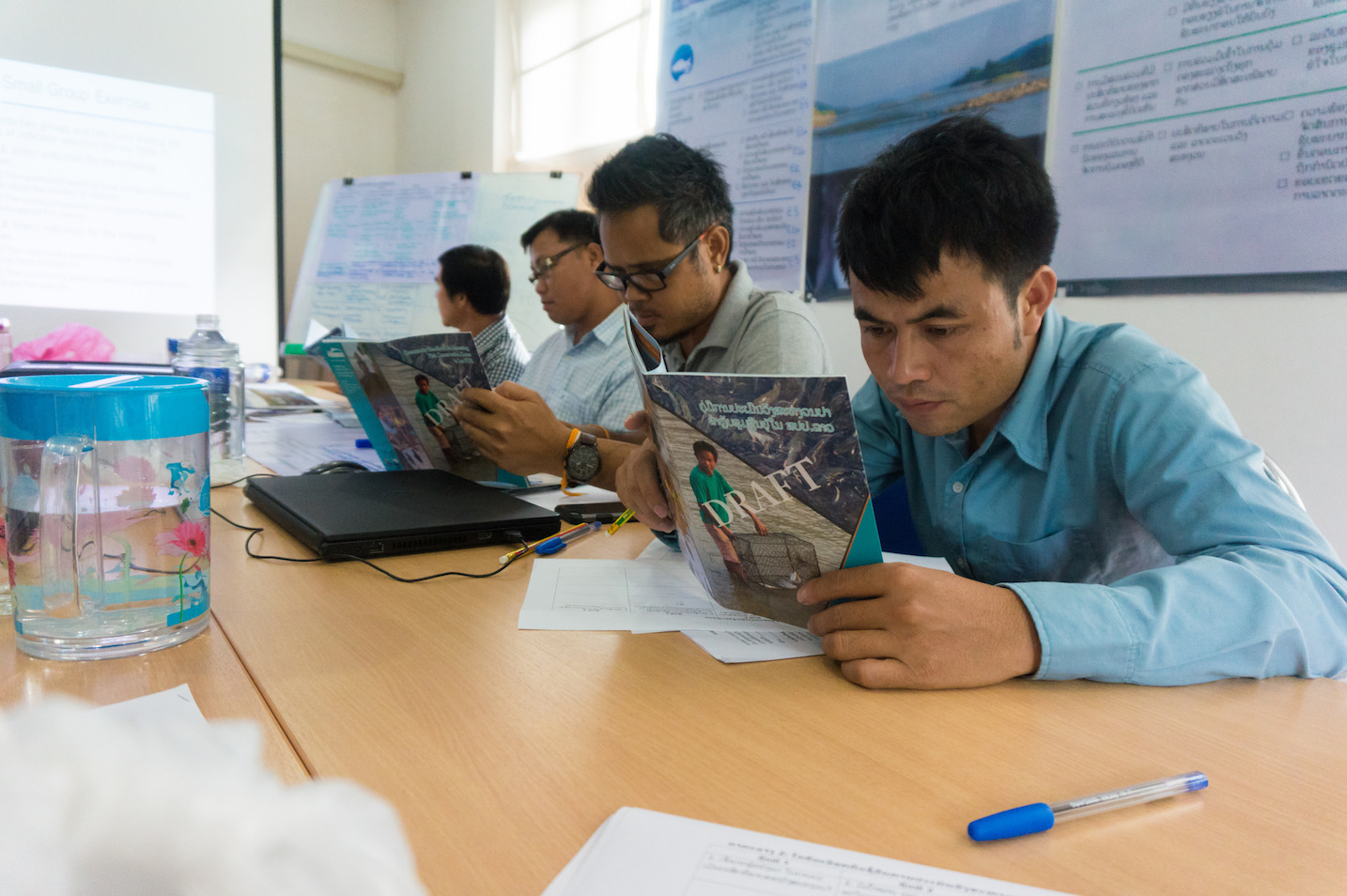 After the training, participants set off for the village of Konglor in Khammouane Province, a five-hour drive southeast of Vientiane. WWF helped the community establish an FCZ in 2012 in the river near their village, located at the mouth of a karst cave that serves as a popular ecotourism site. During a meeting with the community, the FCZ committee shared that their goals for establishing the FCZ were to increase village income, to increase the abundance of fish species, and for their future generations to understand the value of environmental conservation. As part of pilot testing the draft FCZ assessment guidebook, WWF and FISHBIO will help the community measure progress towards some of these goals with the intention of improving the draft FCZ assessment guidebook.