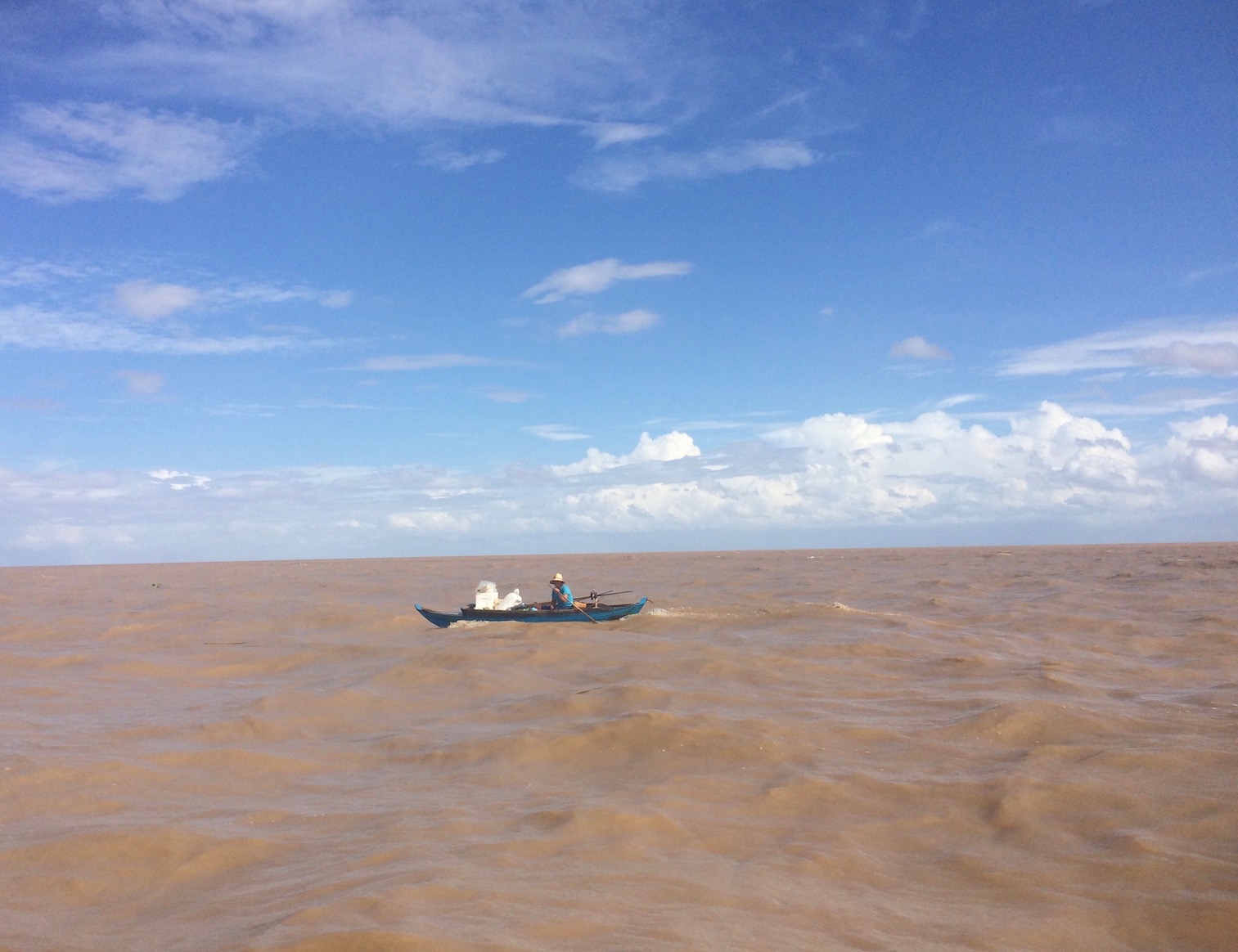 Every summer during the rainy season, Cambodia’s Tonle Sap lake swells with water, increasing in size by as much as five fold. The expanding and contracting of this seasonal flood pulse inspires the lake’s comparison to the “beating heart” of Cambodia, and fuels extreme productivity that supports a fishery of 300,000 tons a year. The Tonle Sap was a central focus of the recent International Symposium on Flood-Pulse Ecosystems in Siem Reap, Cambodia. The conference described changes underway in many aspects of the Tonle Sap, from the food web, to the fish catch, to human activities. Such changes underscore the important decisions facing Cambodia about the future of the lake, and how to address various needs of power generation, food security, and conservation in a sustainable way.

Cambodia’s Minister of the Environment, a limnologist by training, opened the conference by highlighting the need for research on the Tonle Sap to inform policy. The conference included presenters from many organizations involved in an interdisciplinary study of the Tonle Sap, including Conservation International, Battambang University, Texas A&M University, the University of Guelph, and Université Paul Sabatier, among others. One keynote speaker set the stage by describing how ecosystems with strong pulses of nutrients (like the Tonle Sap) typically have higher productivity and greater resilience to human disturbance than less variable systems. However, such resiliency appears to have its limits, as many researchers reported major shifts in the Tonle Sap fishery that suggests the lake may be in (or past) a tipping point.

Change is coming quickly in the Tonle Sap from both climate change and development spurred by rapid population growth. Researchers shared that under heavy fishing pressure, many large-bodied fishes have become extremely rare, and the average size of individual fish caught has declined in the last 15 years. Fisheries are now dominated by small, fast-growing fish at the base of the food chain. While these fish are highly productive, they make the system less resilient to disturbances such as climate change. The wet season currently spurs a huge pulse of productivity in the lake from plankton and decaying plants. However, climate change is expected to make this pulse less dramatic, which can alter food web interactions and ultimately lead to a loss of diversity. Modeling by the Mekong River Commission under various development and climate change scenarios points to long distance migratory fish all but disappearing in the next 50 years, being replaced by more sedentary species and non-natives. Remote sensing data reveal that areas of poor vegetation around the lake are increasing, and areas of high-quality vegetation, such as the flooded forest, are decreasing. It seems almost certain that the Tonle Sap of the future will be different from the lake today. 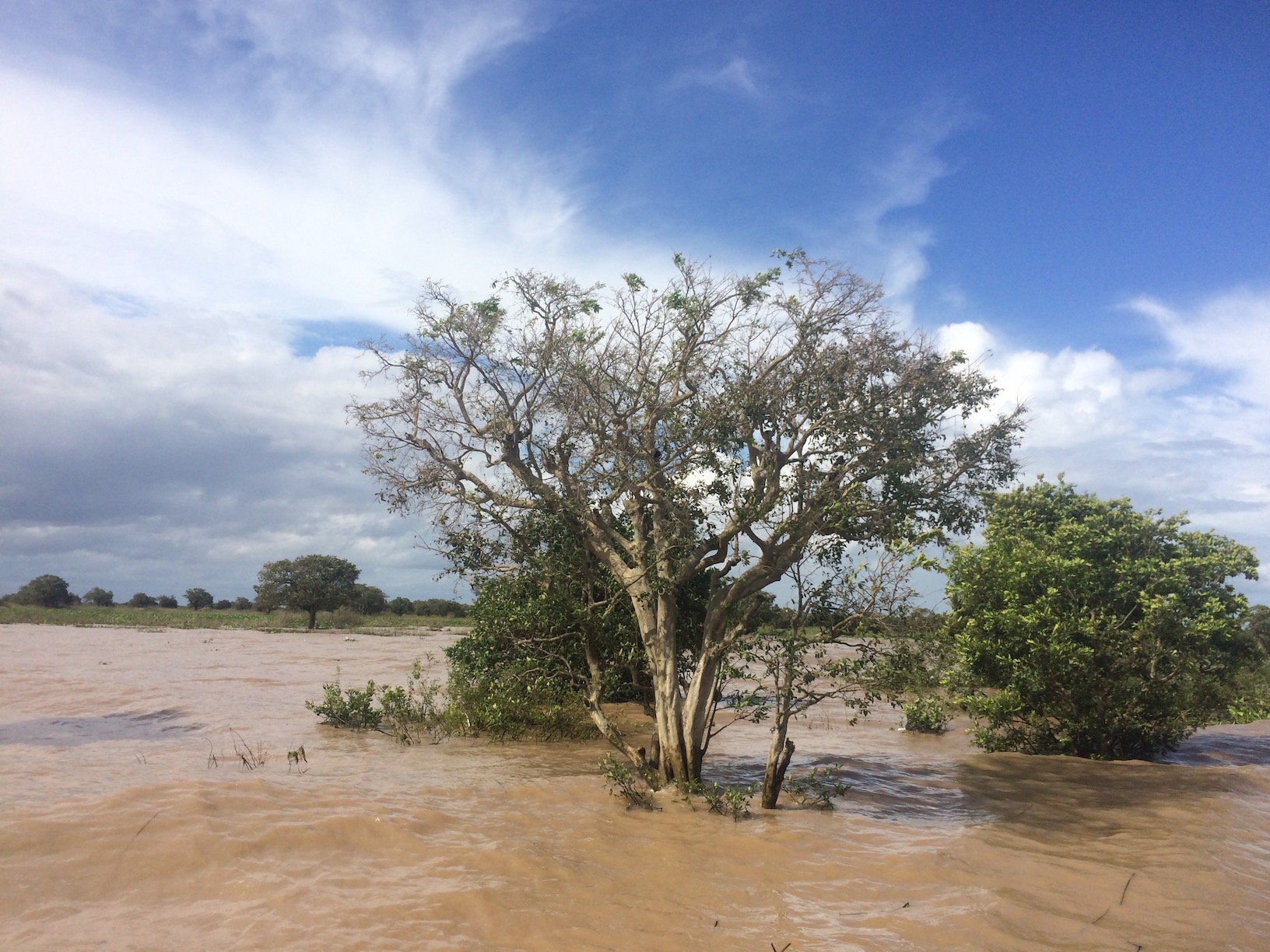 Social dimensions are also important in a region where fisheries supply 80 percent of the protein to local communities. Presenters discussed some successful strategies for helping finance community co-management of local fisheries through mini trust funds and community savings groups. Research on the role of gender in Tonle Sap fisheries management revealed differing perceptions of men who “fish,” and women who “gather food” (which includes harvesting fish), and that women’s opinions are often not given equal weight men in management decisions. Surveys of fishers also revealed that most people want to continue fishing, and are likely to do so even as harvests decline, especially if they do not have other options. However, those with access to farmland are more likely to shift livelihoods. While helping fishers transition to farming has been proposed as a solution for addressing overfishing, one presenter described the difficulties and massive rates of migration out of Cambodian farming communities into cities as a result of climate-related challenges. Small-scale fisheries have sustained Cambodian people for centuries, but their decline could mark one of the biggest transitions in human history.

The lessons of flood pulse systems are relevant across the globe, and the symposium made connections to similar research in Amazon, China, and Central Europe. While the Tonle Sap lake faces serious challenges in the years ahead, the researchers also noted some cause for optimism, with interdisciplinary projects encouraging collaboration across different sectors, providing evidence to support theories, and fostering the development of young Cambodian researchers. Moving forward, a collection of papers from the symposium will be published in special issues of Ecological Modelling and Biological Conservation. Ultimately, this research must also be connected to decision making to influence the future of lake.