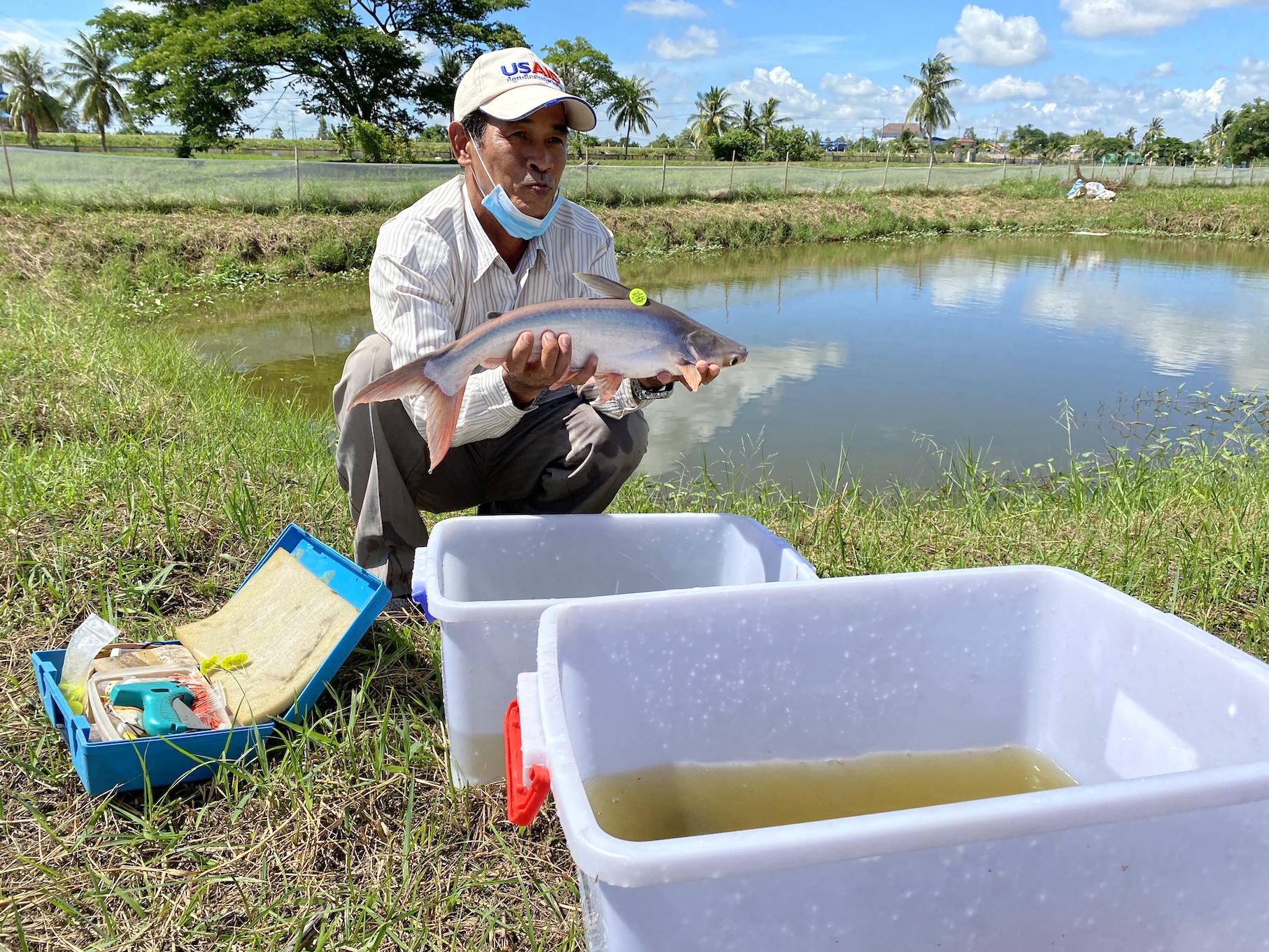 The Wonders of the Mekong team, along with project partners Inland fisheries Research and Development Institute (IFReDI) and Department of Aquaculture Development of Fisheries Administration, recently joined Ms. Sothira Seng, USAID Project Specialist in charge of Environment & Climate Change, to visit a nursery pond for endangered fingerlings species and other freshwater fish species in Cambodia. These fish were collected from the Mekong River in order to contribute to research  and increase endangered species populations in their natural habitats. There are eight experimental ponds located in the Freshwater Aquaculture Research and Development Center (FARDeC), in Bati Village, Pream Ror Commune, Peam Ror District, Prey Veng Province.
The conservation supplementation program has been funded by USAID since 2017 until now. The larvae and juveniles that were collected from the wild and from fishermen who voluntarily handed them over include Mekong giant barb, Striped catfish, Giant barb, Red tailed tinfoil, Silver barb, and Sailfin shark carp. There are approximately 2,000 fishes in the ponds, including 54 young Mekong Giant barbs, with an average weight of 1kg to 3kg each. 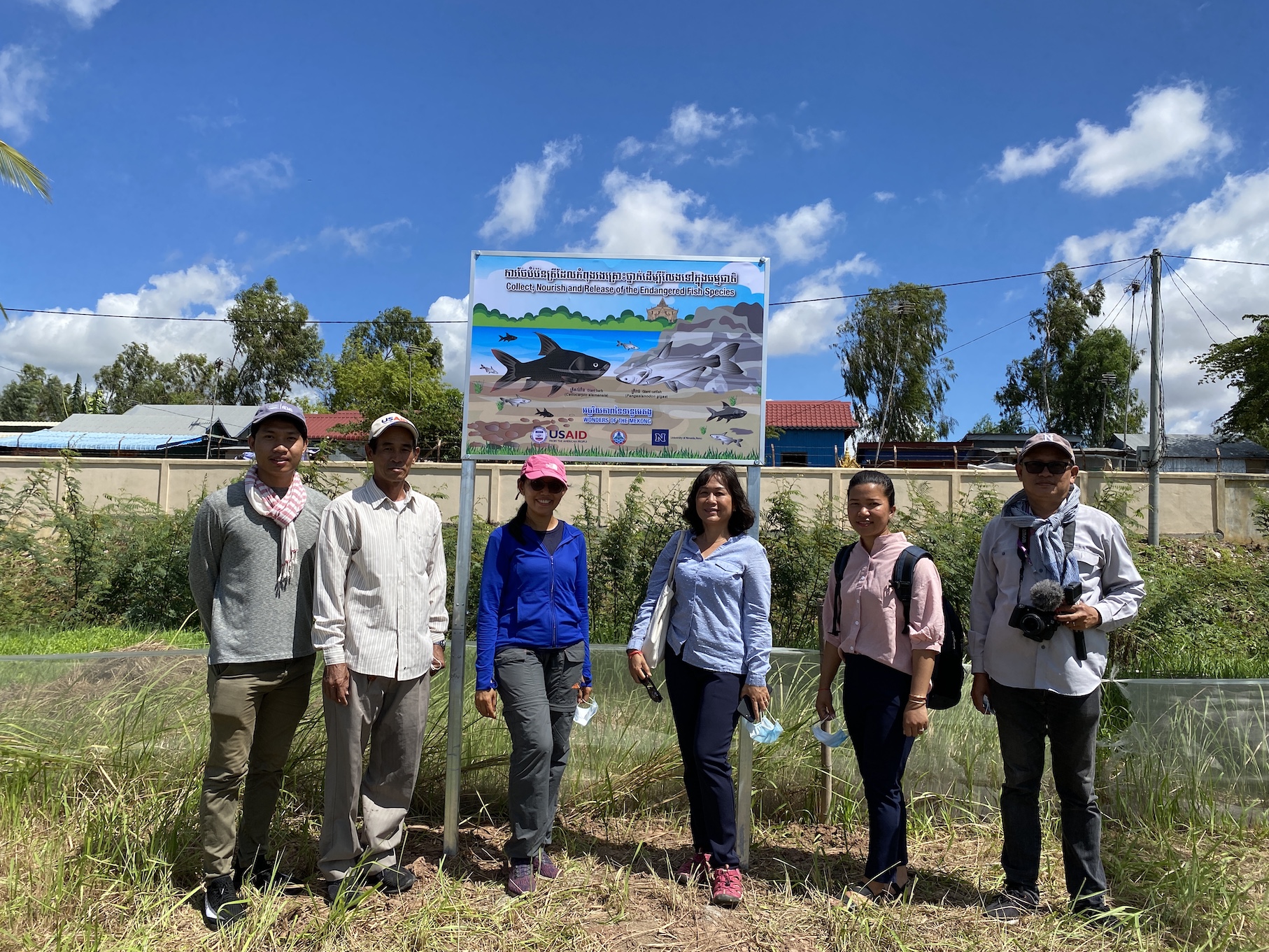 Key steps to implement this program are:
1) Collect larvae at the beginning of rainy season using bongo nets.
2) Transfer the larvae and juvenile fish to the experimental ponds at Bati Station.
3) Rear the larvae and juveniles at Bati Station by tracking their growth by weighing them monthly (feed natural prey (plankton) when they are larvae, and agricultural feed (pellets) when they grow bigger).
4) Put information tags on healthy fish and release them back to nature and protected areas in the Tonle Sap Lake.
5) Release fish with information tags into the river to track their movement.
In previous years, endangered fish species were tagged and released to natural habits for conservation, education, and outreach purposes. This year, the program plans to release more fish to Tonle Sap Sanctuary to test the efficiency and effectiveness of this freshwater protected area, the growth rate of fish, and contribute to the promotion of conservation work and sustainability of natural stocks. Watch this video to learn more about the project.