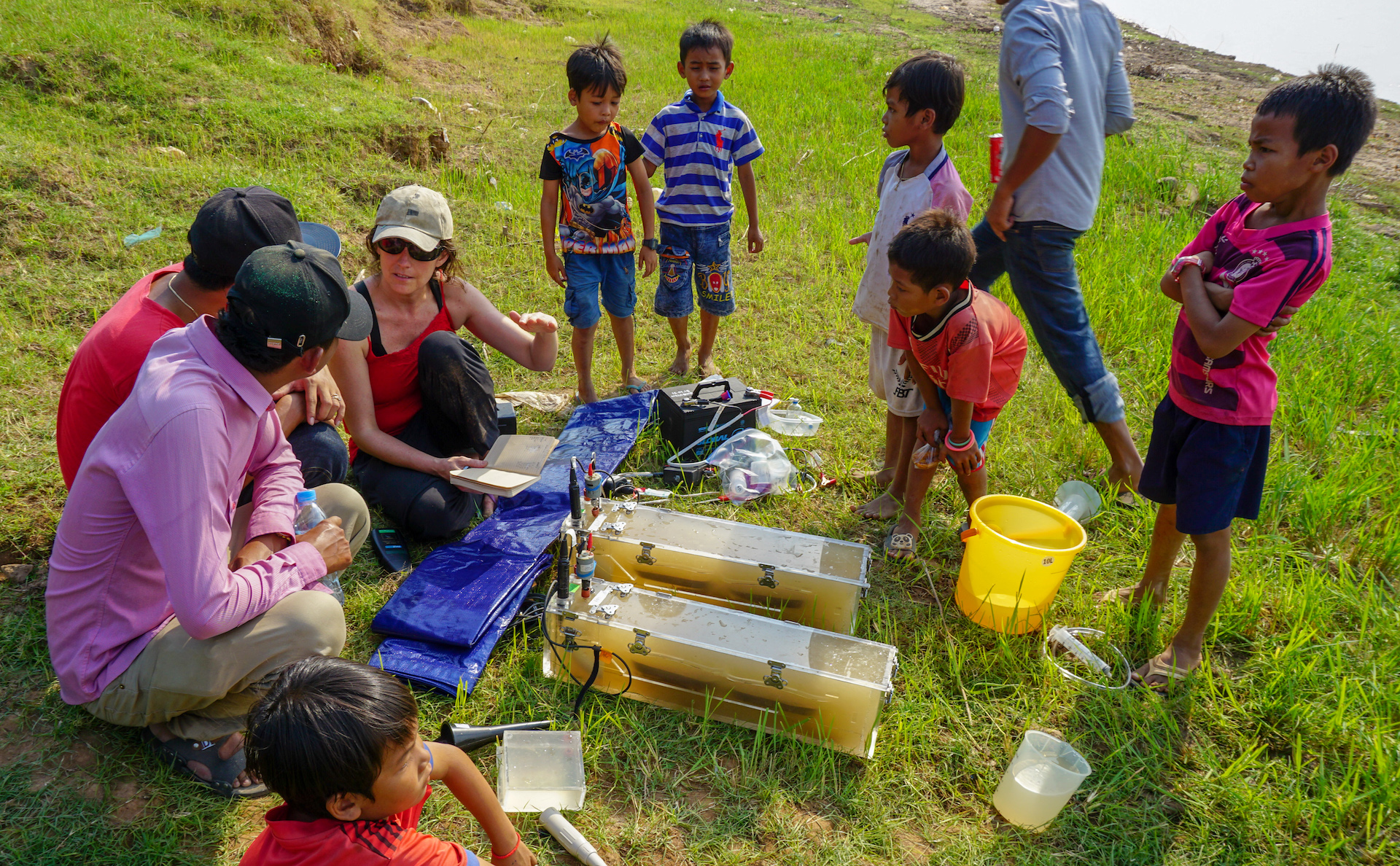 An estimated 165 fish species in the Lower Mekong Basin migrate long distances during their life cycles. Seasonal changes and connections between various parts of the Mekong basin enable fish to reach feeding and spawning grounds. How do we better understand and protect the conditions of the Mekong that support these great migrations? A team of researchers from the Wonders of the Mekong Project travelled to three different sites in the Cambodian Mekong Basin in January to study the health of the river. To help understand water quality of the river, scientists set up oxygen probes and collected samples for a 24-hour period. They also gathered data on the velocity of the current and depth of the river using a tool called an Acoustic Doppler Current Profiler (shown below) to evaluate how much water was flowing.

The same data were collected on the mainstem of the Mekong near Phnom Penh, at Dai Fishery #2 on the Tonle Sap River, and at a site along the Sekong River near Stung Treng. The collection of water quality and quantity at multiple sites provides a more integrated and basin-level understanding of critical habitats that need to be linked for migratory fish species to thrive. Staff from the local Inland Fisheries Research and Development Institute and students from the Royal University of Phnom Penh joined in on the data collection and learned research methods to assess and protect the health of the river. 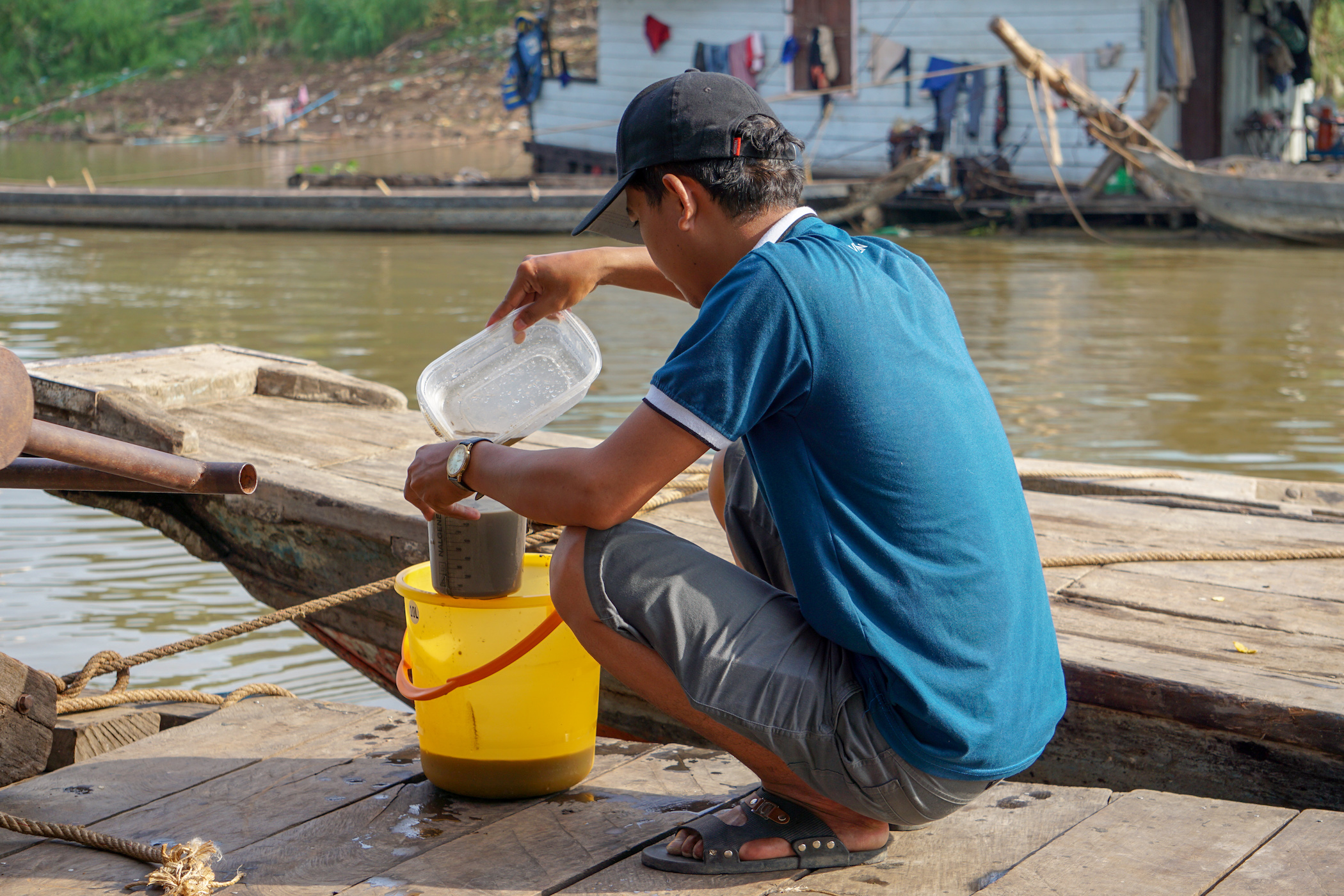 The team also conducted small-scale studies called chamber experiments to measure photosynthesis and respiration of microbes in the water. During these experiments, water and sediment from the river are placed in clear, sealed rectangular chambers, and circulated while a probe measures changes in dissolved oxygen under light and dark conditions. From this, scientists can learn how much oxygen plankton and microbes in the water produce and use to support the many species that depend on them. These are just a few of many studies being conducted to better understand how natural processes in the Mekong River support such a rich diversity and abundance of fishes. 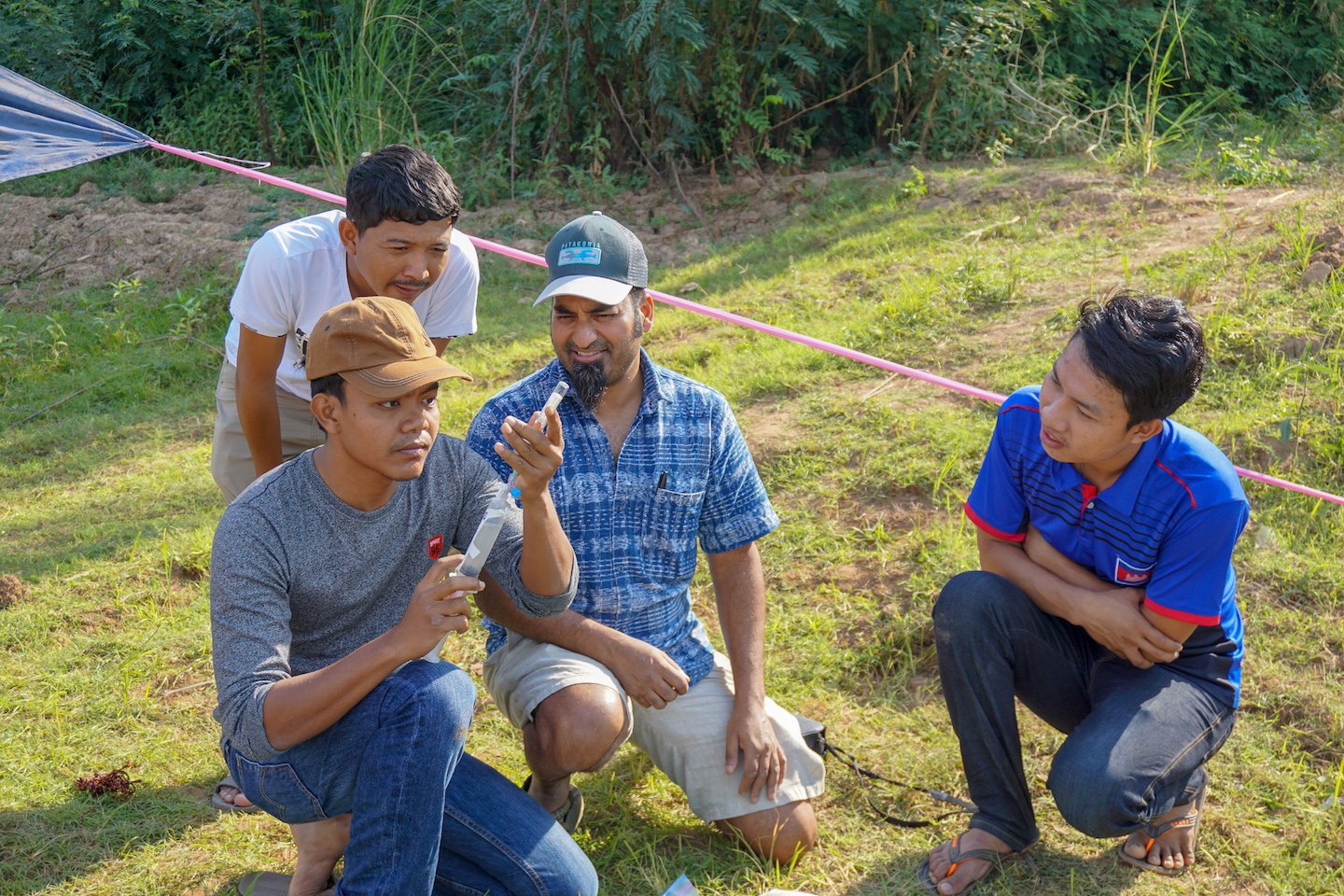 This story was written by Liana Prudencio, one of the Wonders of the Mekong team members who is currently a graduate student at Utah State University.