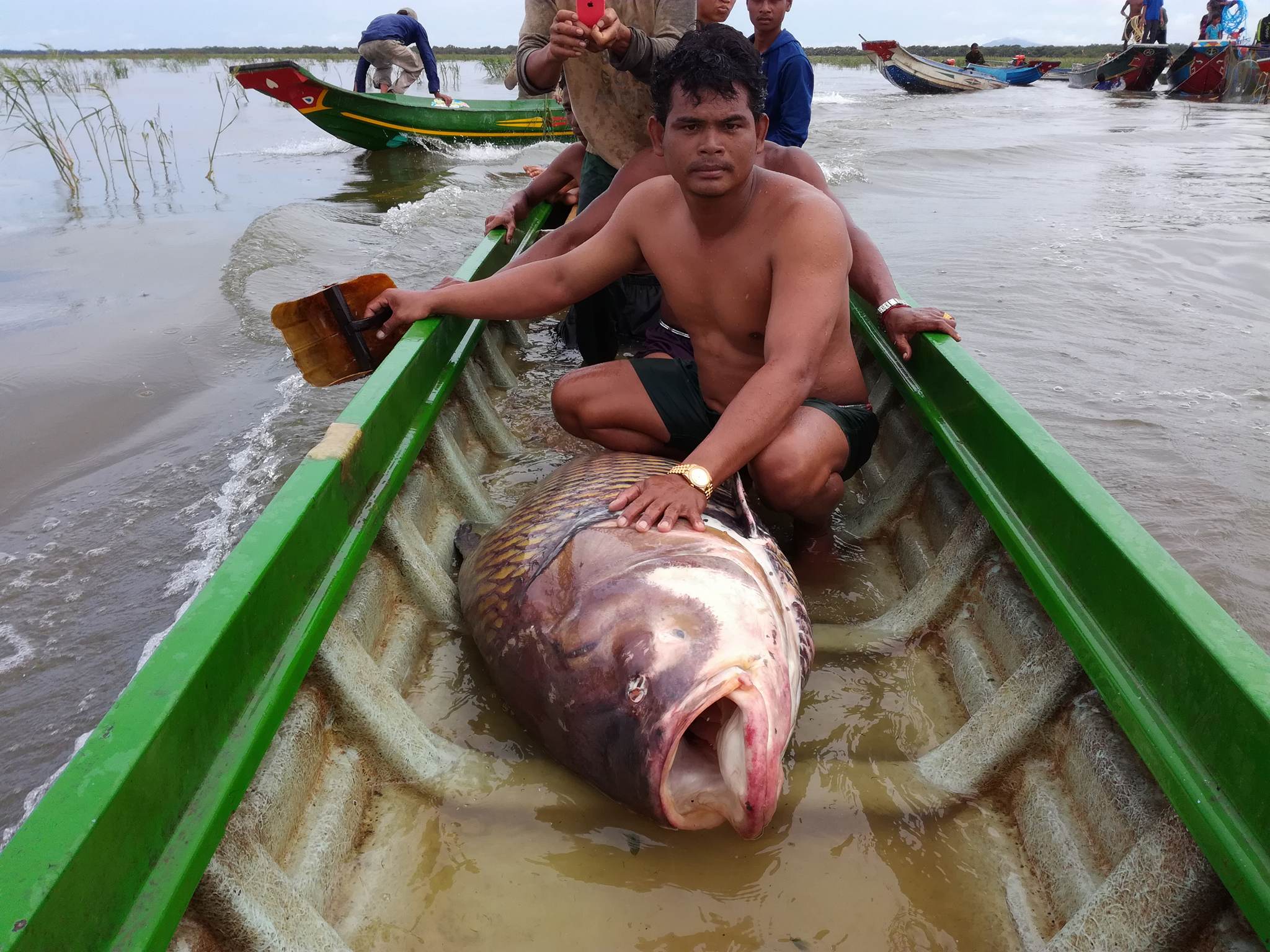 Phan Sopoeun, 35, is a fisherman who lives in Kampong Lourng Commune, Krakor District, Pursat Province in Cambodia. As a father of five children (three daughters and two sons), Phan Sopoeun is a model fisherman who always participates in all village and community activities. During the fishing season of 2017, Sopoune caught two giant barbs by his “Lob Lok” fishing gear, which he placed in the Tonle Sap Lake. According to Sopoeun, he caught a 110- kg male giant barb with yellowish-brown color and a 130-kg female giant barb with reddish-brown color. 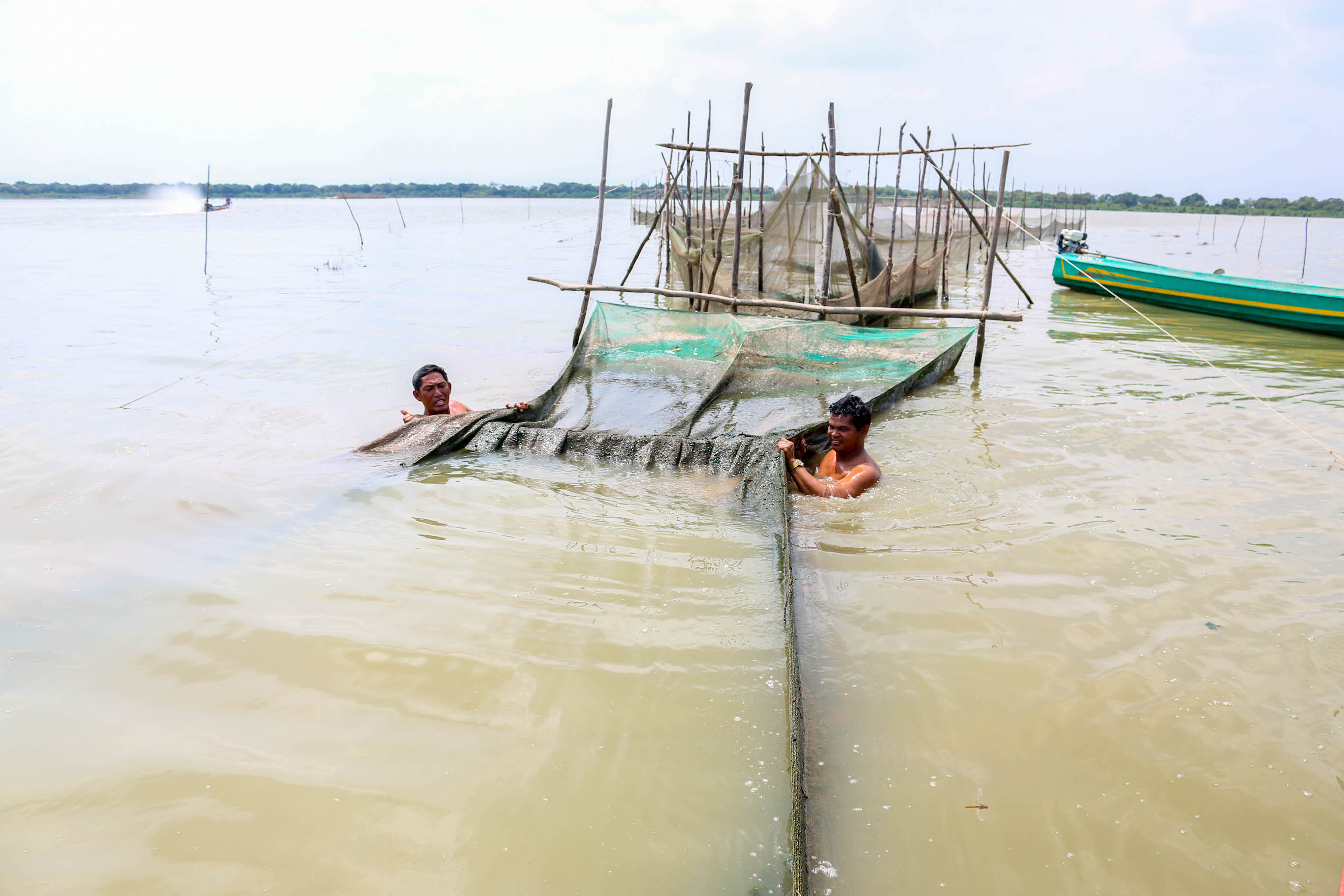 As he had learned from the Fisheries Administration awareness raising, the giant barb is a rare and endangered fish, and is also the national fish of Cambodia. So Phan Sopoeun reported to the Kratie Fisheries Administration about his catch, and held a small ceremony to light incense, spray perfume, and pray for peace for all people before releasing the giant barbs back into the Tonle Sap Lake.

The Giant Barb was listed On the IUCN Red List of Threatened Species as Critically Endangered in 2011. This fish is thought to be affected by dam development on the Mekong River mainsem, over-fishing, using electro fishing devices, and fish larvae trading during the fish spawning season. 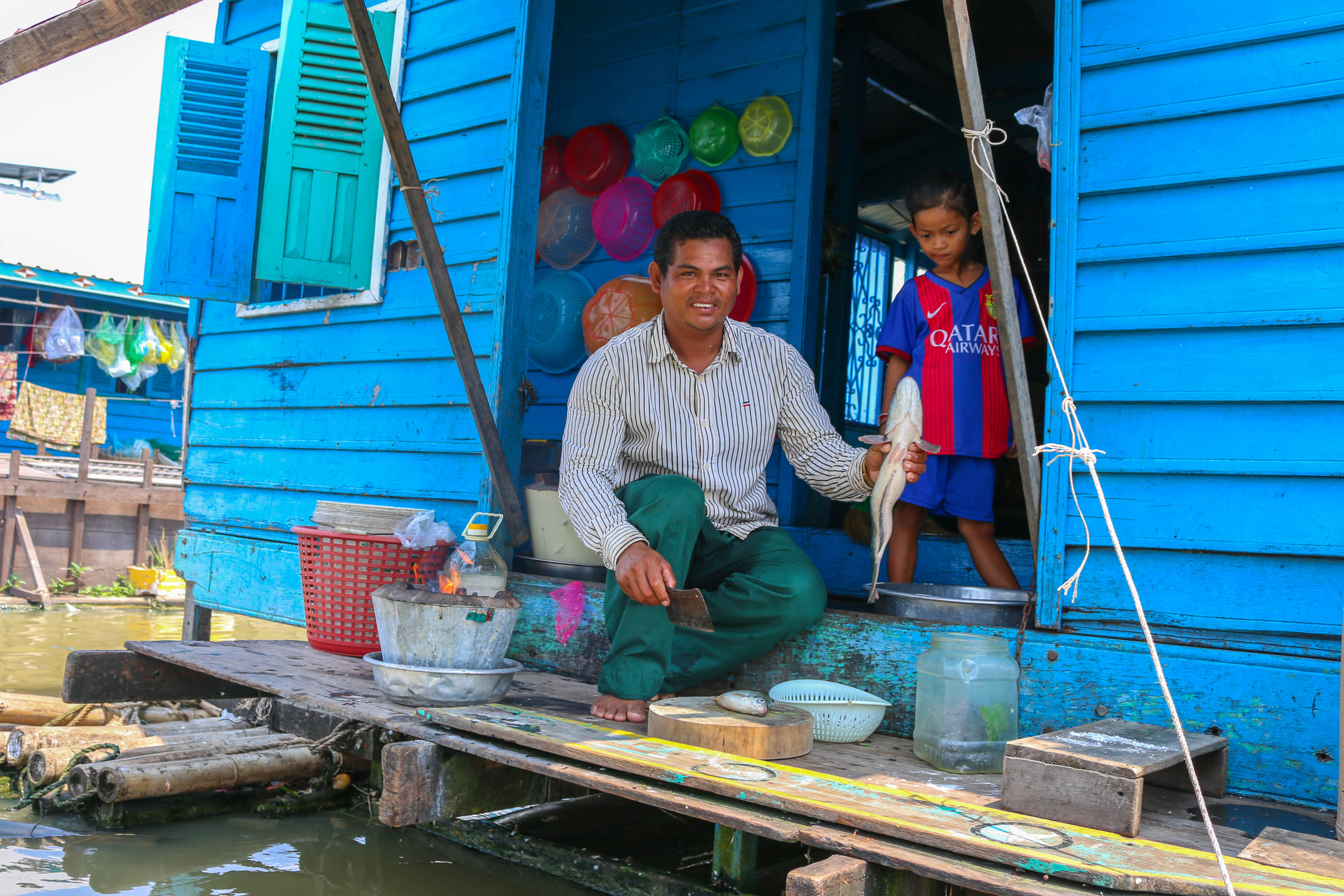 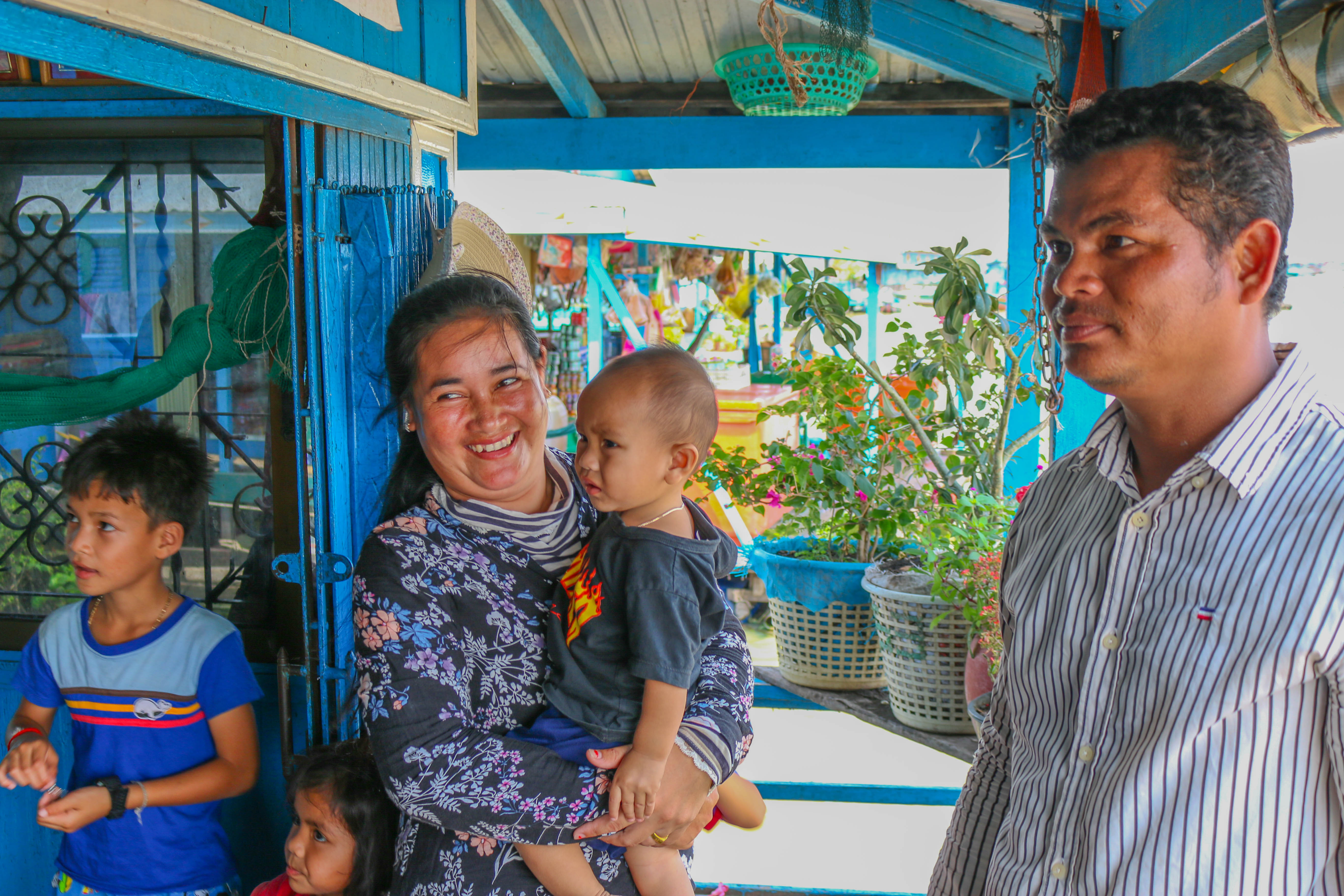 However, Sopoeun added, “I do not dare to sell that kind of fish because I firmly believe that the giant barb and giant catfish, besides being endangered fish species, are also the Cambodian national identity, and they also belong to ghost or spirits who take care of the areas as well. Therefore, even if the merchants dare to give much more or a very high price, I do not dare sell because that money cannot solve the problem or the tragedy caused by the fish trade. My family’s happiness is better and more important than that. Moreover, if I sell it, it’s the same as selling the Cambodian national identity.”

His wife, Mrs. Chhem Srey Neth, 31, agrees. “I support all of his activities,” she said of her husband. “I do not want the money from these fish sales.” 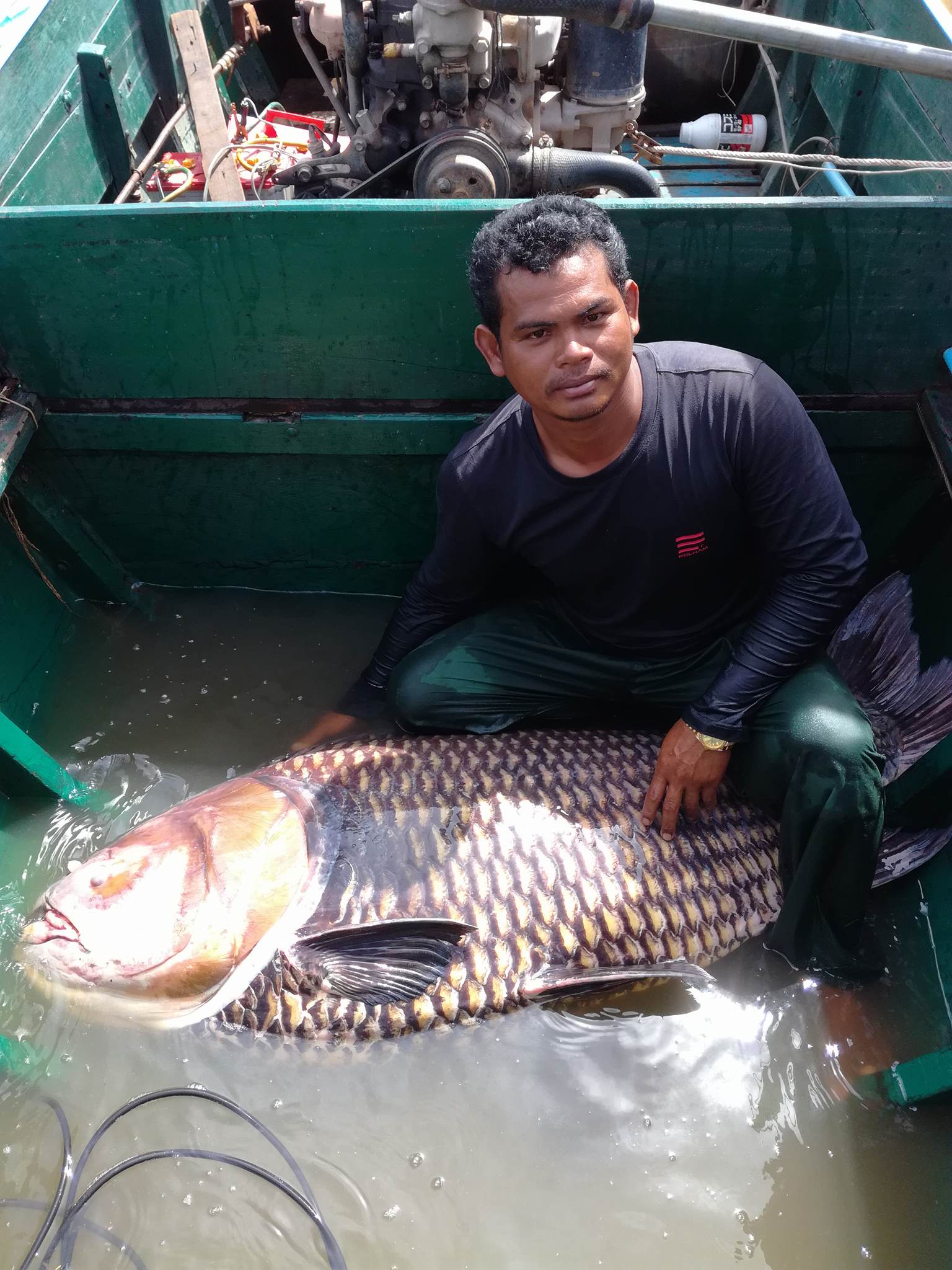