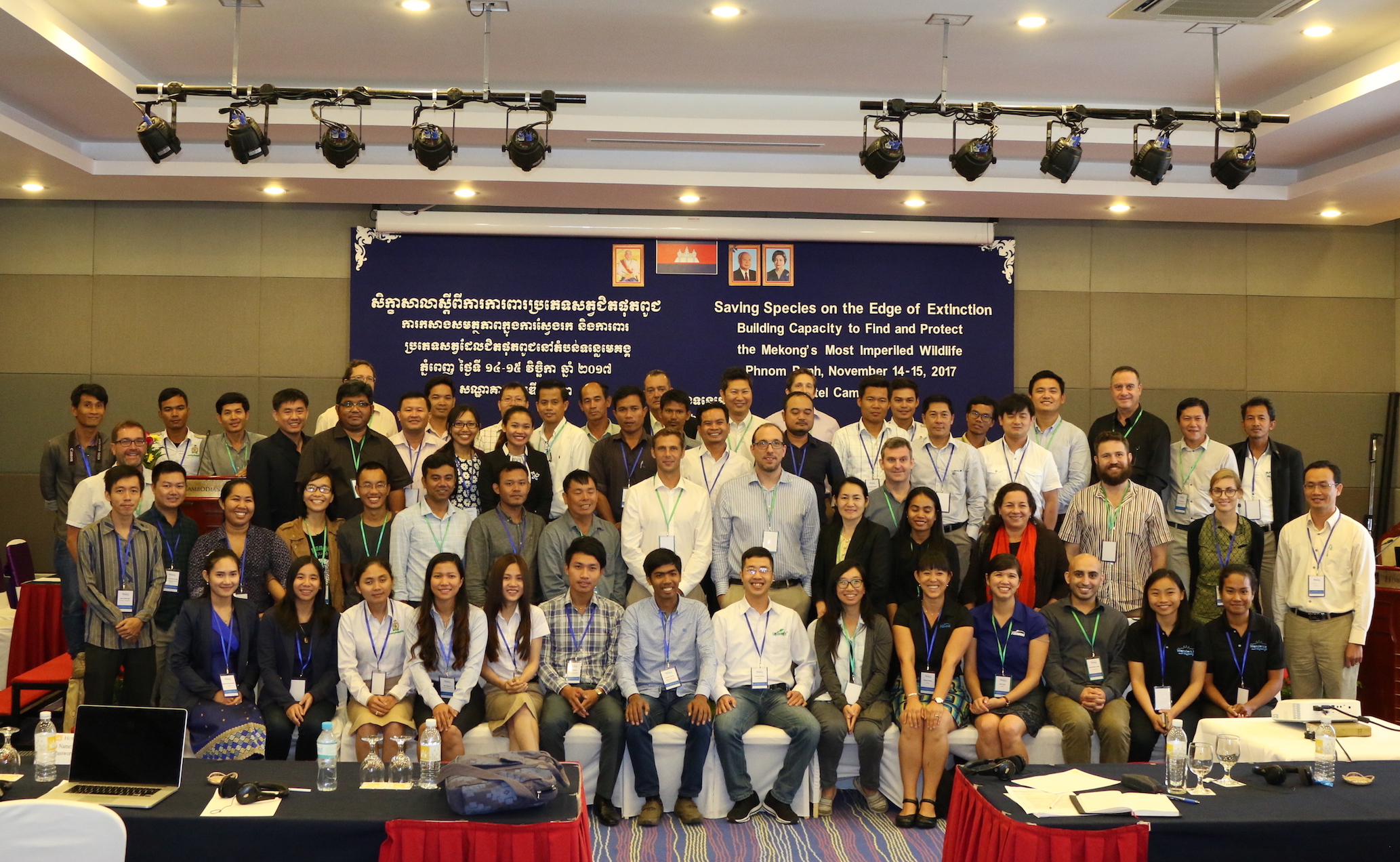 Mekong giant catfish, Siamese giant carp, and Asian giant softshell turtles were among the many rare and vulnerable animals featured at a recent workshop hosted by the USAID-supported project Wonders of the Mekong. Called “Saving Species on the Edge of Extinction: Building Capacity to Find and Protect the Mekong’s Most Imperiled Wildlife,” the workshop was hosted by the Inland Fisheries Research and Development Institute (IFReDI), and facilitated by Zeb Hogan from the University of Nevada-Reno, with assistance from the fisheries consulting company FISHBIO on November 14 and 15 in Phnom Penh.

The Mekong Basin is a hotspot of biodiversity, but wildlife species in the region face several serious threats, including habitat destruction and fragmentation, hunting and harvest, and the illegal wildlife trade. As the most vulnerable species becomes increasingly rare, they become more challenging to study and conserve. To address some of these issues, the workshop brought together more than 60 participants from Cambodia, Lao PDR, Thailand, and Vietnam to discuss rare species research and monitoring, conservation management and outreach, and wildlife trafficking. 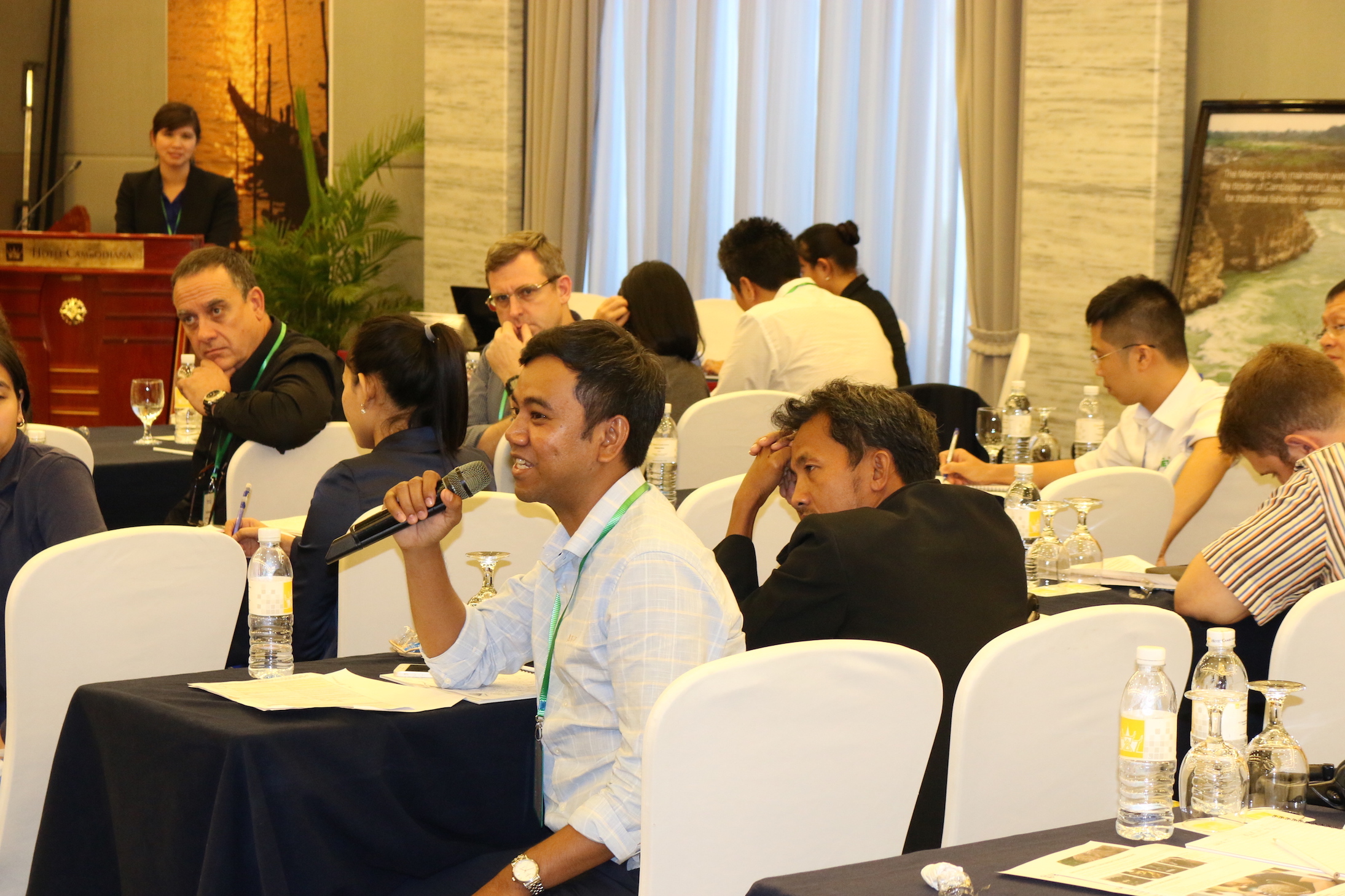 Many early-career researchers presented their work on species such as giant ibis, pangolins, and Asiatic black bears. Four panel discussions promoted dialogue on a range of issues, and attendees also participated in a hands-on communication training to develop messages, give video interviews, and speak with the media. The workshop highlighted the need for increased capacity building to advance conservation research, as well as the benefits of sharing positive conservation stories.

Participants also discussed the importance of including fishes alongside other wildlife in conservation planning and counter-trafficking efforts. One workshop participant remarked that the “fish need to speak with the birds,” and suggested that wildlife experts studying various wildlife taxa could better work together, including around the conservation of aquatic habitats that are important for many species. This workshop marked an important step for making sure that fish are considered together with other charismatic species in the broader discussion of “wildlife” conservation.