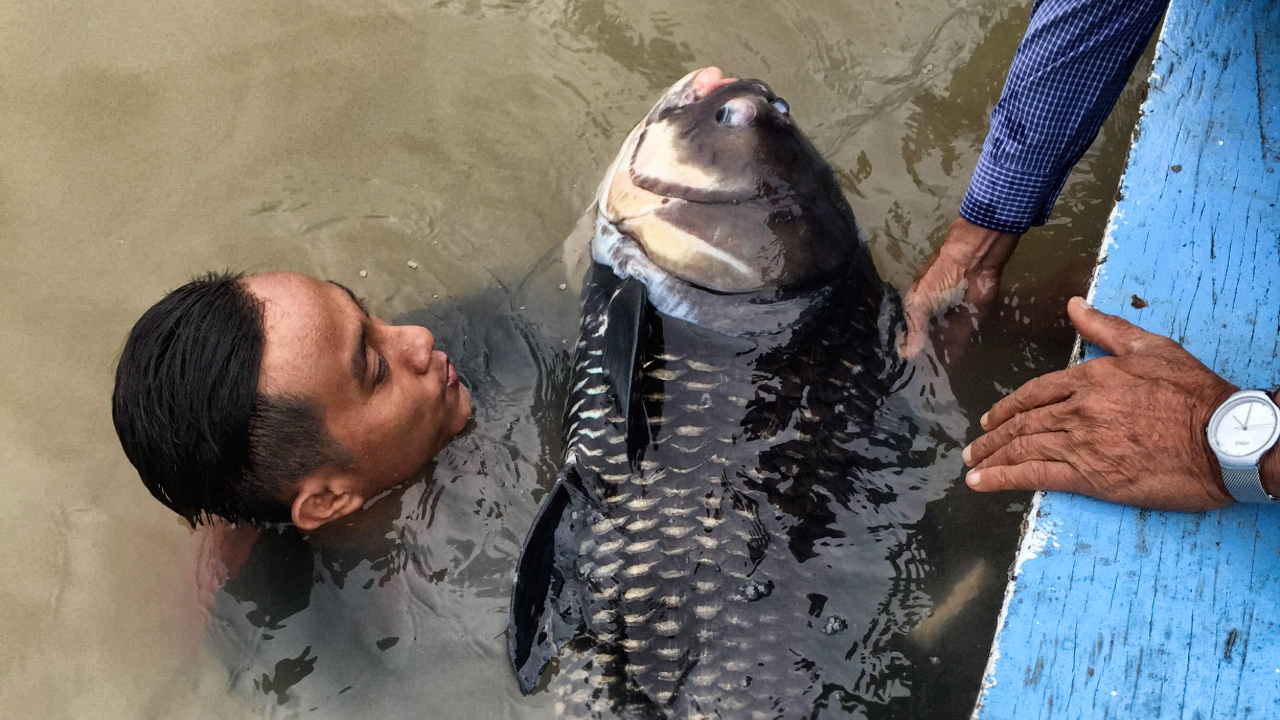 A giant barb, Cambodia’s national fish, was released into the Tonle Sap River by a fisherman’s family. From carvings at Angkor Wat, the critically endangered Giant Barb has been a part of Cambodia’s history and as such is an important part of its culture. In this video, Dr. Heng Kong, Deputy Director of the National Aquaculture Research and Development Institute, Fisheries Administration, recounts the release of a 27-kg, or approximately 59-pound, giant barb back into the Tonle Sap Lake.

On behalf of a fishermen’s family and also as a researcher, Heng Kong said that this giant barb was caught by his family in the Dai fishery in the Tonle Sap River, Sangkat number 2, Kilometer number 6. It weighted 7 kgs (~14 pounds). After rearing the fish in cage culture for seven years, it gained 20 kg ( ~40 pounds) of weight. In the video below, Dr. Heng Kong who describes the purpose of the releasing this giant barb to Mr. Chhut Chheana of the Wonders of the Mekong project.