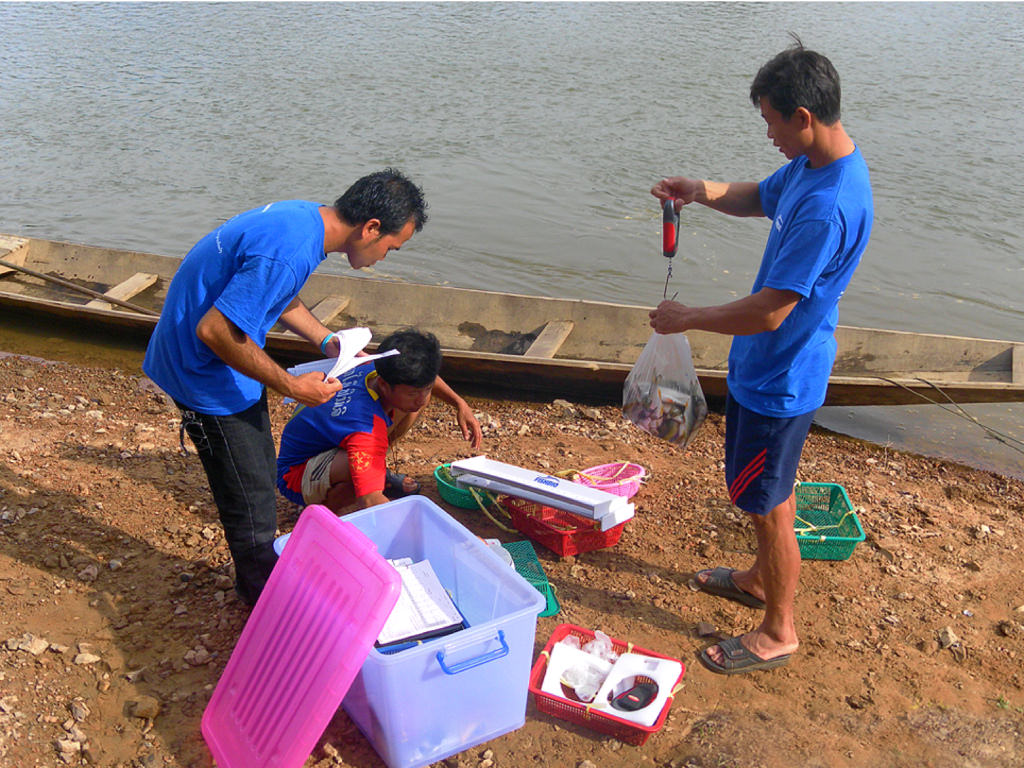 Inland small-scale fisheries are notoriously difficult to survey, and as a consequence, their catch is often underestimated or unreported. This is the case in Lao PDR, where a diverse group of highly migratory fishes is harvested by fishers spread across many remote locations. To address these challenges, the consulting company FISHBIO embarked on a study using participatory methods by working with teams of trained villager technicians to monitor local fishing catches. The results of this study were recently published in the journal Marine and Freshwater Research in an article that describes a fishery in the Nam Kading River, a major tributary of the Mekong River in central Lao PDR. The results revealed differences in fish catch among the participating villages and represent the first scientific characterization of this highly diverse fishery (Patricio et al. 2018).

The study’s objective was to engage local communities to quantify fish catches and characterize the diversity of their fishery in the Nam Kading River. FISHBIO initially worked with local resource managers to determine the study’s research objectives, and villagers from four local communities joined workshops to design the research methods. Four community members from each village were trained as technicians to collect data at fish landing sites in their villages for one week each month over a period of 18 months. The study examined the fish catch diversity and catch-per-unit-effort in four villages in the lower 25 kilometers of the Nam Kading. Species-level identification is commonly recognized as a challenge to conducting fish research in the Mekong, and some species cannot be differentiated in the field without taxonomic aids. While we asked the technicians to record the fish to species when possible, we conducted our analysis at the genus level. 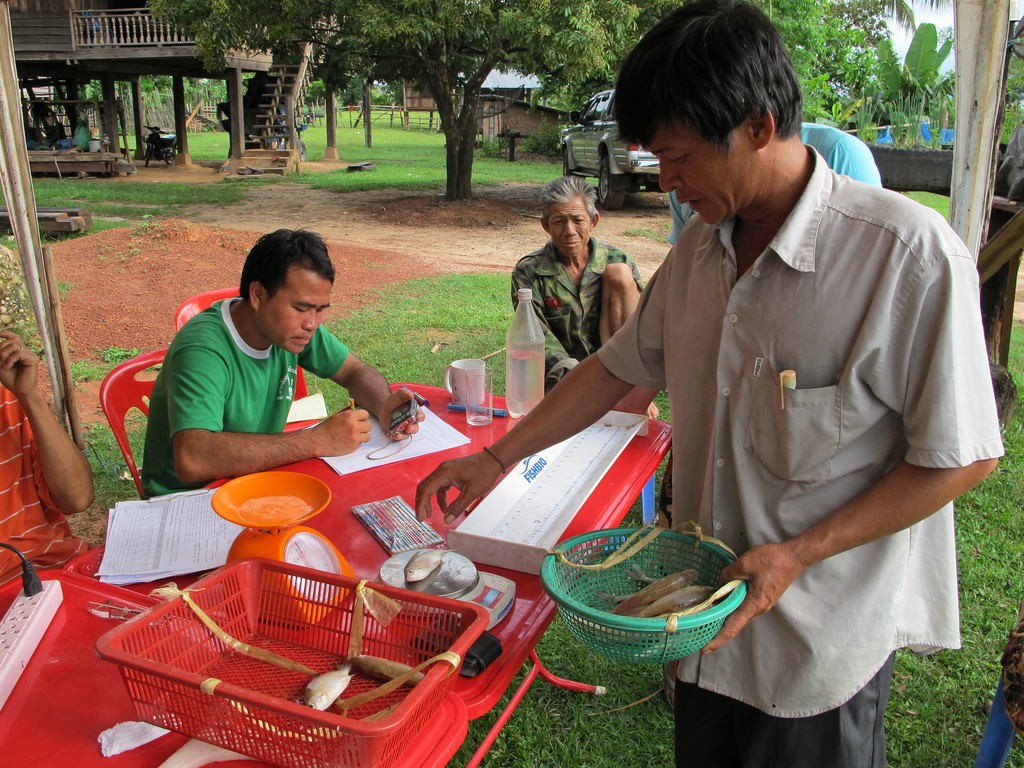 Records from 894 individual fisher surveys documented a diverse assemblage of 65 fish genera representing at least 93 species. Of these, 11 are species of concern on the IUCN Red List, including Probarbus species (endangered) and Tor ater (vulnerable), a species endemic to the basin. For perspective, there are only 67 species of native freshwater fish in all of California (Moyle 2002). Despite the overall high taxonomic richness of Nam Kading fish, the catch biomass was dominated by a few species or genera. The resulting data shows seasonal and geographic differences in catch among sites along a gradient of habitat types, from the river confluence with the Mekong River to upstream. The most unique fish assemblage was observed at the village furthest upstream, whereas the fewest number of unique genera was observed at the village at the confluence with the Mekong River. There were some distinct groupings of fish found only in the wet or dry seasons. Most of the fishers surveyed (87%) used nylon gill nets from small handmade wooden canoes, but fishers reported using a diversity of gear types including bamboo basket traps, fishing poles with multiple hooks (similar to long-lines) and cast nets. The use of nylon gill nets reflects a shift away from traditional methods, which is a common trend in artisanal fisheries elsewhere in Lao PDR (Roberts and Baird 1995). 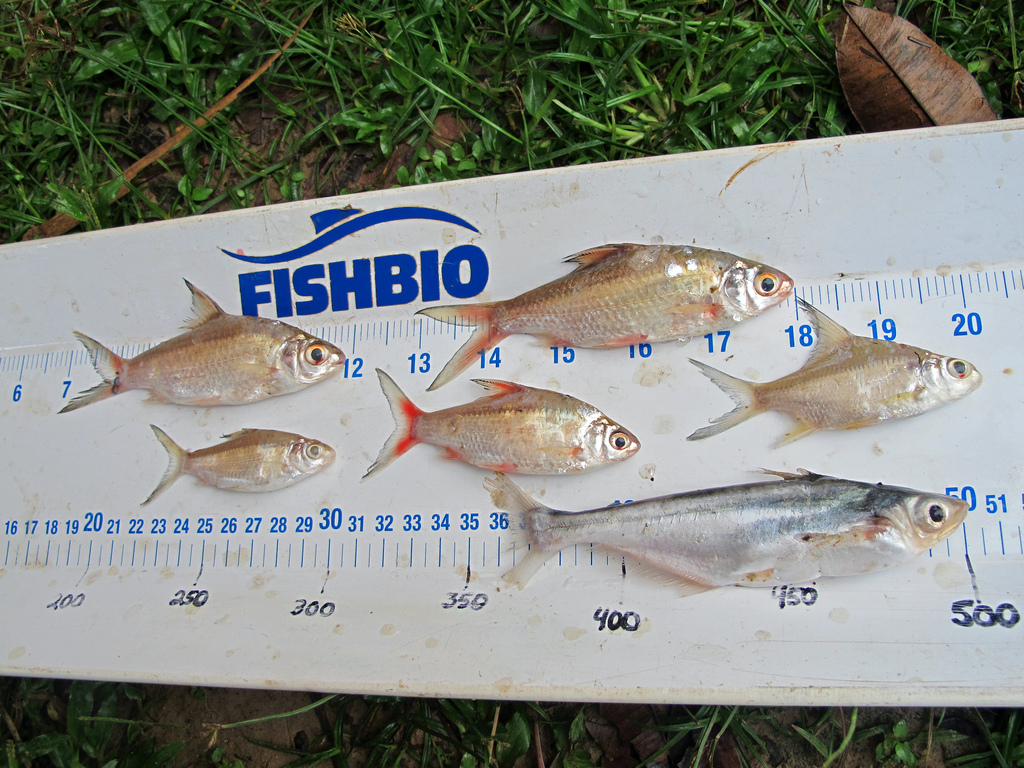 While participatory studies require a balance between scientific rigor and practicality (Ozerdem and Bowd 2010), especially when involving community members with limited familiarity with the scientific process, this work demonstrates that such methods can improve data collection for fisheries that are difficult to study and manage (i.e., small-scale, few landing sites, and high species diversity). The paper explains some of the challenges we encountered and provides recommendations, such as reducing the number of data categories collected to improve consistency in data collection. Although the participatory approach has its limitations, the approach draws on local ecological knowledge and can serve as a bridge for communities to engage with scientists and the government regarding fisheries management. Communities may be more likely to draw on scientific findings to inform co-management decisions when they have participated in data collection (Calheiros et al. 2000). This is especially important in Lao PDR, where the national fishery laws place much of the responsibility for fisheries management decisions in the hands of local co-management committees. FISHBIO is extremely grateful to these communities for their participation, in particular the local technician teams, and hopes that this work will contribute to the understanding of small-scale fisheries in the Mekong Basin.