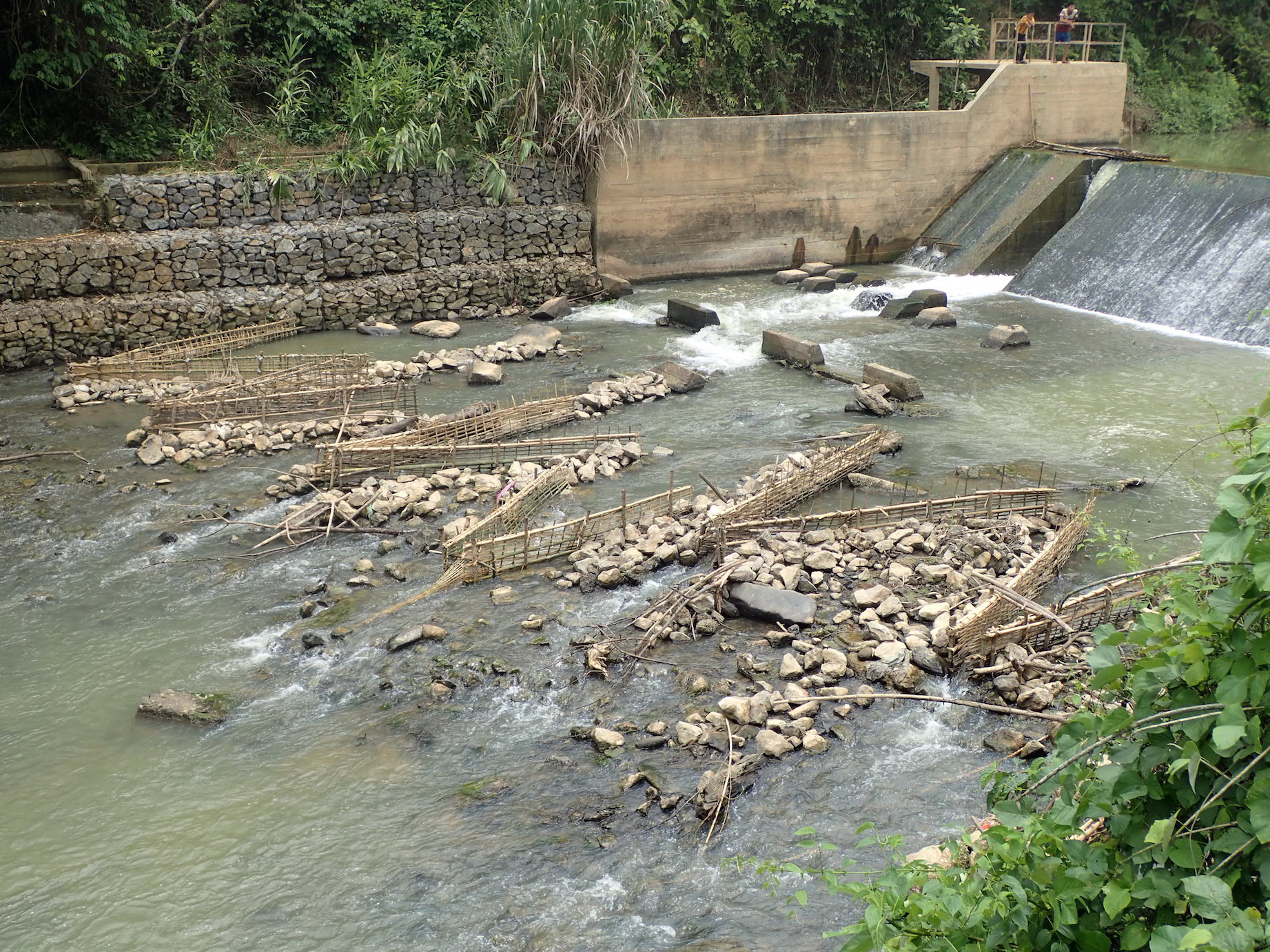 People who live in the countryside in Laos depend on water. Small rivers, streams and wetlands located near their villages support livelihoods of subsistence farming and livestock raising. People in northern Laos have also inherited fishing methods from their ancestors, which involve blocking river sections in small steams with fish traps. In these small rivers, fishing sites tend to be in shallow water, and fishers use rocks to support bamboo fencing that directs water to flow down into the trap, where fish get caught in the fencing. These types of traps are called “zon zae” in Lao, or bamboo woven wedge traps, and are set in the upper or lower part of water pools. 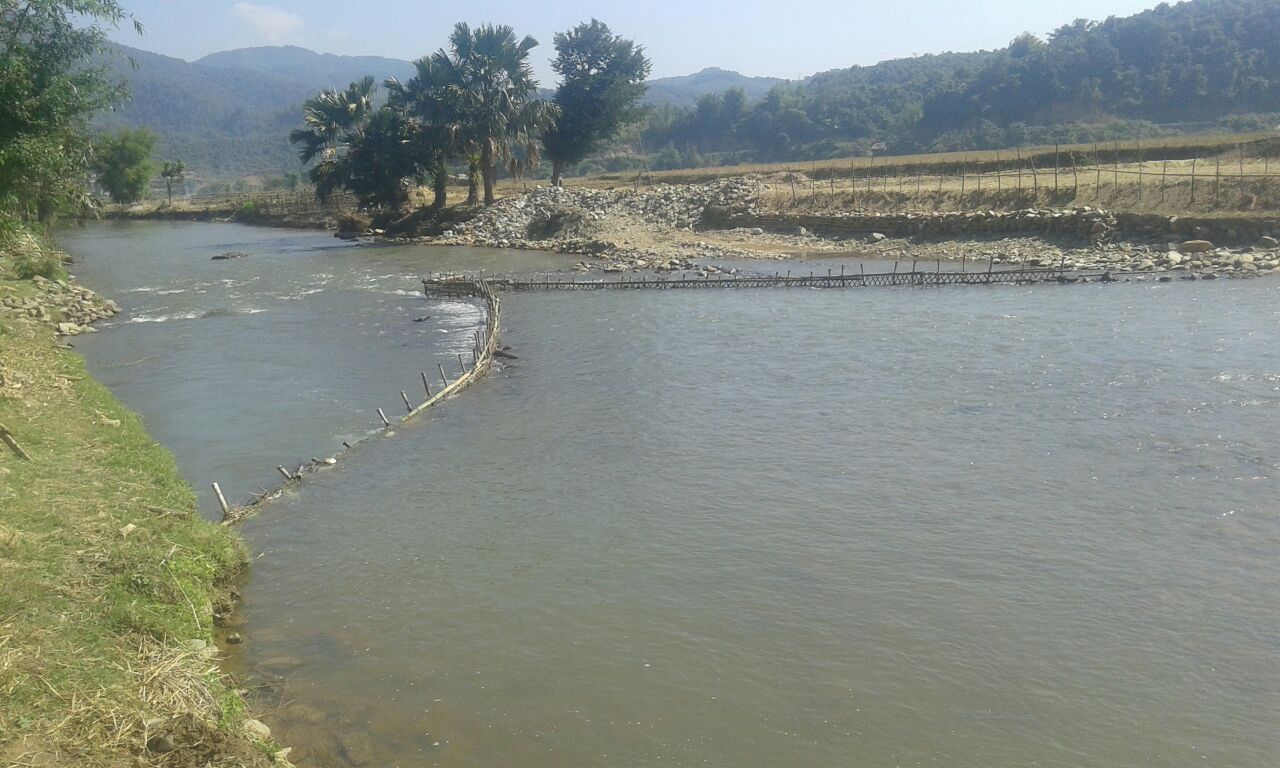 The size of a zone zae trap depends on the size of the river it is used in. The length of the trap body is typically 3–10 ft long (1–3 m), and the width of the trap’s mouth is about 1 ft (25–40 cm). In Samneua District of Houaphan Province, local fishers catch small amounts of fish with this method, about 1–4 pounds (0.5–2 kg) per day, with a maximum of 11 pounds (5 kg) on a lucky day. People use this method from the end of wet season in October until June every year. Each day, fishers check for fish inside the trap, usually in the early morning between 5–6 a.m. Some of the common fishes caught using zon zae are minnows (Opsarius koratensis and Onychostoma gerlachi), smallscale mud carp (Cirrhinus macrolepis), common carp (Cyprinus carpio), snakehead (Channa striata), and sucker-mouthed barbs in the genus Garra (see Serious shnoz). Usually people will keep the fish they catch to eat with their family or give them to relatives, rather than sell them. 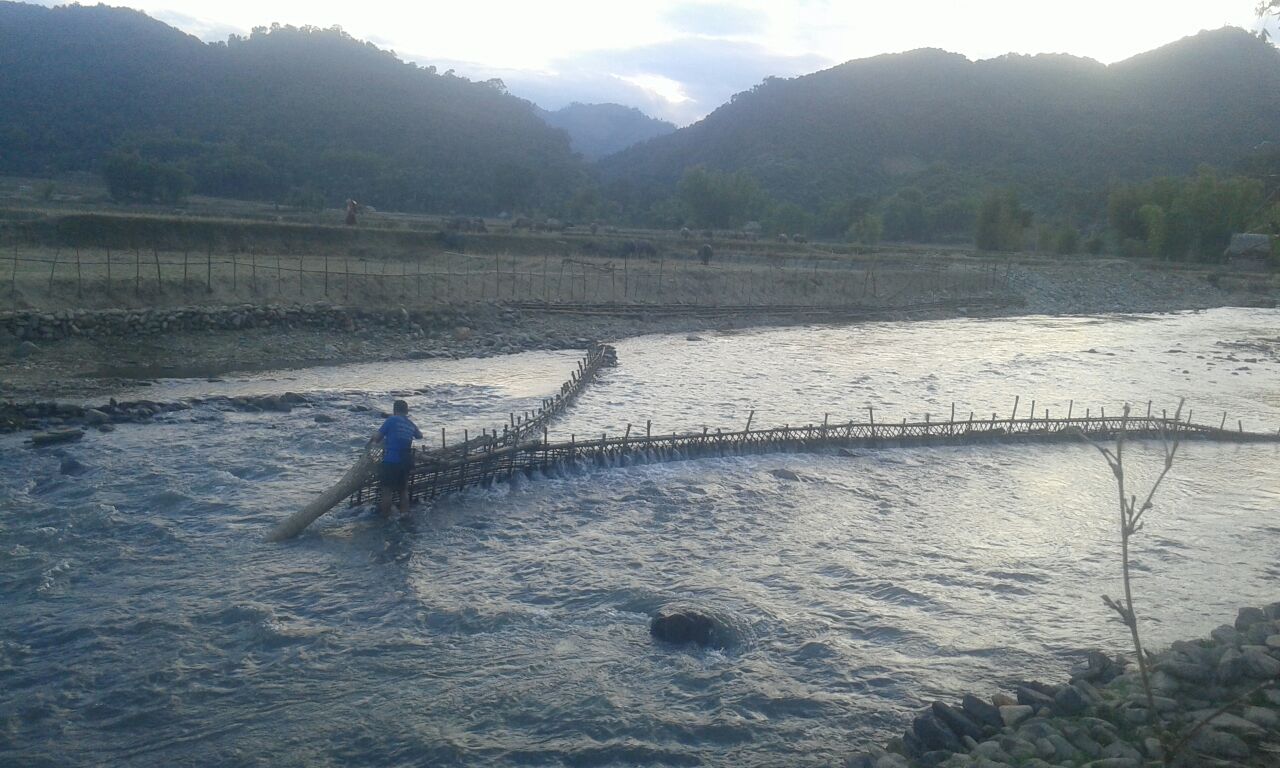 Since 2009, the Lao fisheries law has officially declared a ban on destructive fishing gear like dynamite, poison, and electro-fishing. In addition, the law does not allow setting any equipment that blocks the entire river channel and the route of fish movement during the spawning season. It’s likely that in remote villages, fishers don’t yet know about the details of this law. Luckily, there are many ways to use traditional fishing gears to replace this exploitative fishing method.