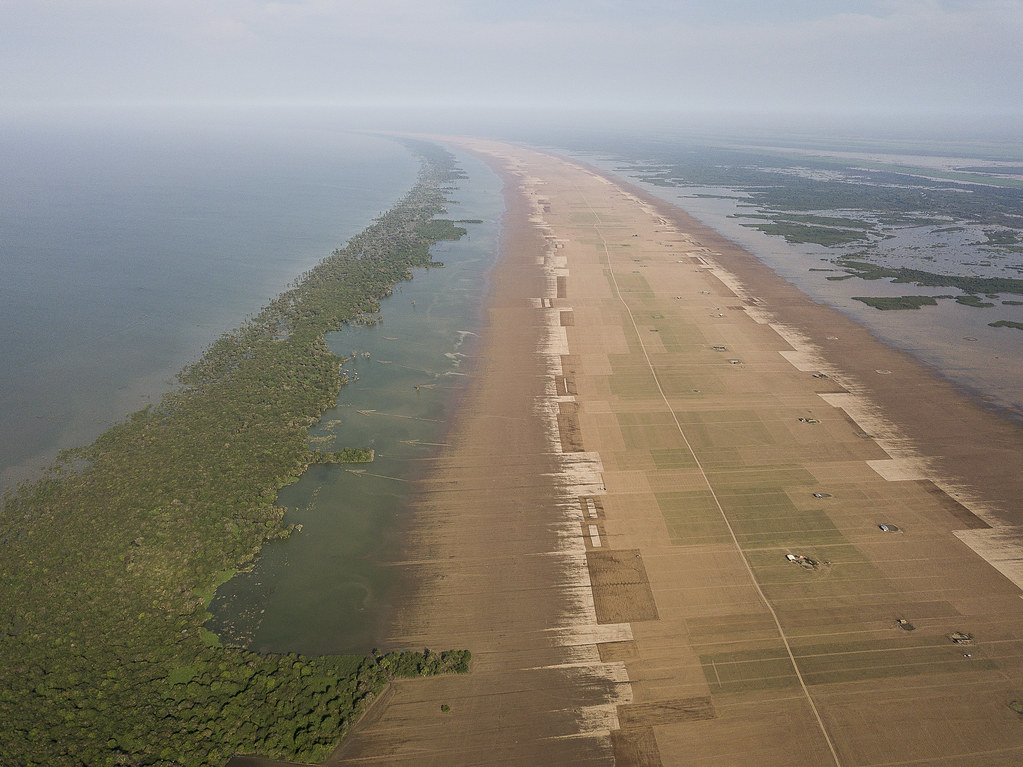 A thriving tropical forest is an explosion of life: this could be a cacophony of bird song, towering trees festooned by vibrant plants, or a multitude of creatures in every nook and cranny. While tropical forests are among the most biodiverse of all habitats on Earth, they are also among the most threatened. These hotspots have been hit hard by rampant deforestation, and loss of tropical forest alone accounts for 32% of global forest loss. The threat posed by deforestation is particularly significant in the Lower Mekong Basin, a fact which prompted Wonders of the Mekong Project scientists to use satellite imagery to model predicted tree cover change in Cambodia as well as the portions of Laos and Vietnam that form the Sekong, Sesan, and Sre Pok (3S) watershed (Lohani et al. 2020). Their findings corroborate claims that Cambodia is suffering the most rapid forest loss of any tropical country and highlight the need for quick action.

Land animals aren’t the only ones that suffer from deforestation – many fish species also rely upon the habitat and nutrients provided by tropical flooded forests to complete their life cycles. This is especially true in the Lower Mekong Basin, where the seasonally flooded forests of Cambodia’s Tonle Sap Lake act as vital spawning and nursery grounds. Like rivers all over the world, the Mekong is under increasing stress from settlement, agriculture, urbanization, dam construction, and associated deforestation. In fact, studies have suggested that the Lower Mekong’s tropical forests are suffering higher rates of deforestation than anywhere else in the world, and that these rates may be increasing. This is particularly concerning given potential negative impacts to fisheries in the region, which provide food and income for tens of millions of people. Although over a quarter of Cambodia’s land falls within protected areas, illegal logging, poaching, settlement, and land conversion for agriculture have been so prevalent that some areas have had their protected status revoked. In the face of these threats, accurately mapping deforestation in the region is especially critical, both to assess the efficacy of protected areas and community-managed forests and to evaluate differences in forest loss across countries with different socio-economic pressures. To this end, the researchers developed a model that predicted tree cover on an annual basis based on Landsat satellite imagery from 1992 through 2017.

The authors calculated forest loss for four regions: Cambodia alone, Cambodia and the whole 3S Basin, the Tonle Sap region, and the 3S Basin alone. In calculating forest loss for each of these regions over the 25 years after 1992, they found that primary forest declined by 19% from 1997–2017 in Cambodia and the 3S Basin. This equates to 23,923 km2 of forest, an area equivalent to over 3.3 million soccer fields. Forest loss in the Tonle Sap region was lower in terms of total area lost (1,944 km2), but when examined as a percentage of total forest, this region experienced the highest relative loss (1.2% per year). Although forest loss did occur in protected areas and community-managed forests, deforestation rates were found to be lower in these areas as compared to non-protected areas. Cambodia was found to have only 62% of its forest left intact as of 2017, and appears to be experiencing accelerated deforestation rates. 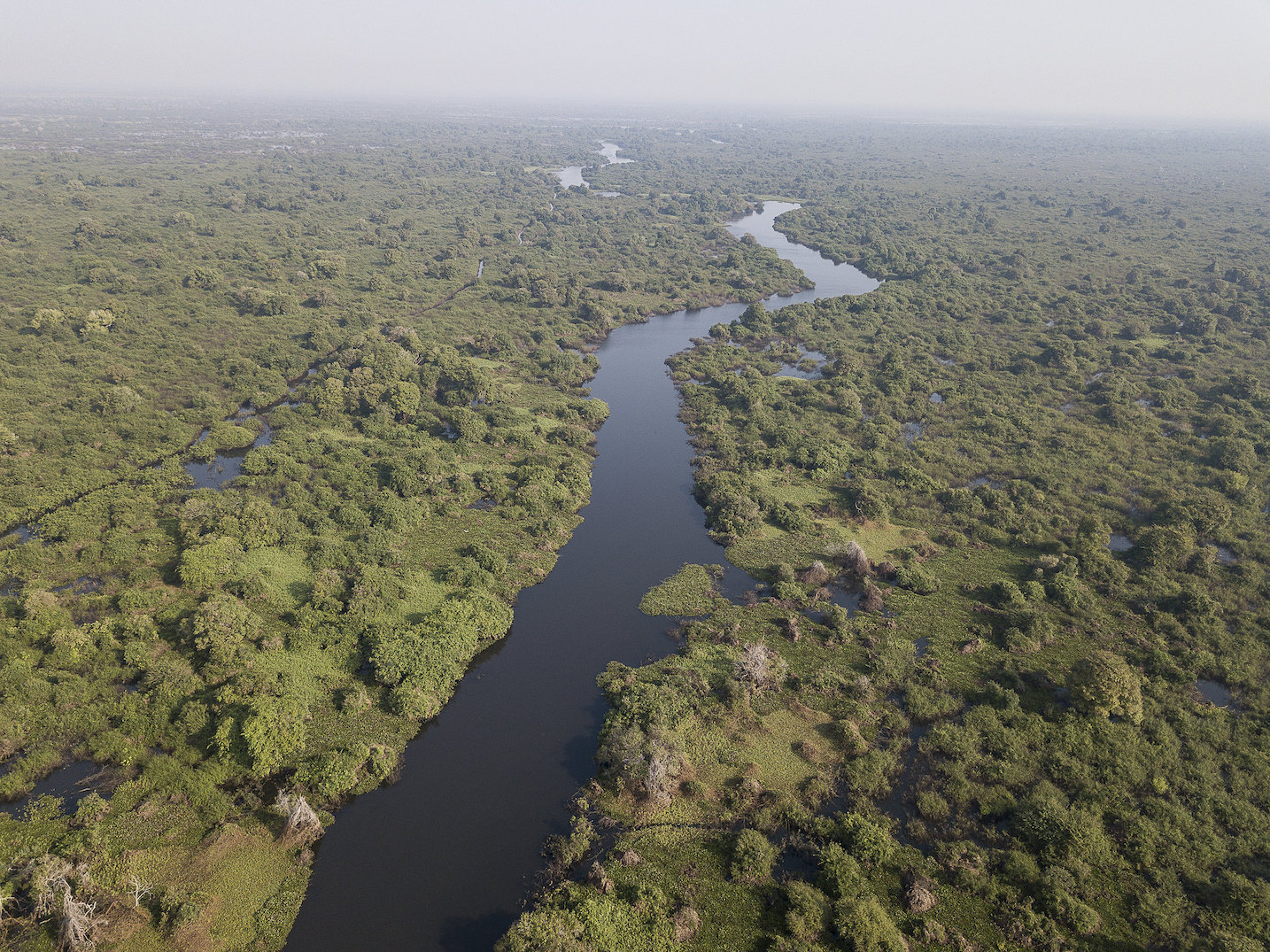 From 1992–2003, the annual rate of forest loss was 0.5%, but by 2011–2017 this rate had risen to 1.8%. This suggests forests are being lost with increasing speed, which poses serious threats to the biodiversity, habitat connectivity, and ecosystem services of the Lower Mekong Basin. Designating protected areas hasn’t stopped the destruction, and cumulative losses of nearly 20% of forests in protected areas suggest that enforcement continues to be a problem. Past studies have demonstrated a strong relationship between the annual extent of flooded forest and fish catch by commercial fisheries in the Tonle Sap River. Deforestation threatens to have major negative impacts on fisheries, particularly given the concurrent risks posed by overfishing, changes to hydrology due to dam construction, and climate change-driven increased risk of wildfire. The rate of forest loss in the Lower Mekong has increased by more than three times since the 1990s, and this troubling trend shows no signs of abating. It will be increasingly crucial to take steps to conserve the vital tropical forest habitat that remains, because once old-growth forest is clear cut, it’s gone for generations.