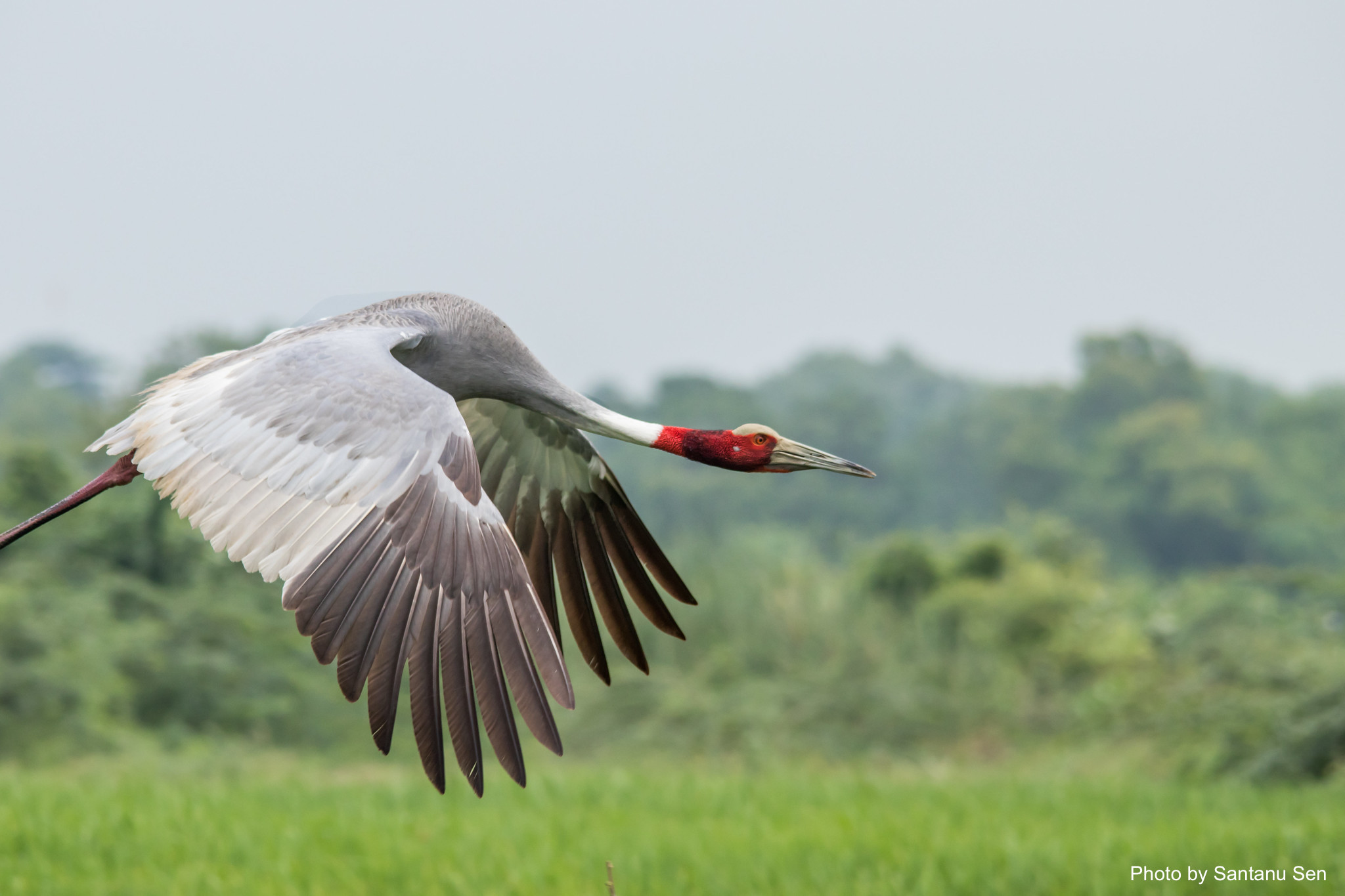 Standing at a soaring six feet tall with a wingspan of eight and a half feet, the Sarus Crane (Grus antigone) is the tallest flying bird in the world. Unmistakable with a bright red head and unique silhouette, Sarus Cranes are fascinating creatures to spot in the wild. In captivity they can live as long as humans – around 80 years – but in the wild their lifespans are closer to 20 years. Found in the coastal regions of Southeast Asia as well as parts of Northern India, Sarus Crane populations are commonly differentiated between the northern population in China-Myanmar and the southern population in Cambodia and Vietnam.

While Sarus populations are seemingly stable in China and Myanmar, in the Mekong Basin their presence is unfortunately declining, leading the International Union for the Conservation of Nature to classify them as vulnerable. They face various threats from human-related influences, including power lines and pollution, as well as the loss and degradation of their wetland habitat for agriculture. Additionally, Eastern Sarus Cranes are vulnerable to wildlife traders because of their unique height and vibrant red and silver feathers.

Unlike most cranes, the Sarus Crane breeds throughout the year, except for the drier months of May and June. During their reproductive season, mated pairs engage in unison calling, in which the males and females use varied squawks and high pitched noises to intimidate other cranes and mark their territory. Visually, these calls are accompanied by the birds striking a dramatic posture with their heads tilted skywards, making their tall figure even more amazing. Typically, Sarus Cranes breed primarily during rainy seasons, nesting in flooded areas of wetland plants. Females usually lay two eggs and their chicks fledge, or take flight, at around 85 to 100 days. The future of the Sarus Crane is closely connected to the protection of their coastal wetland habitat. Ultimately, threats from pollution, agriculture, and sewage must be reduced to prevent these inspiring birds from becoming endangered or even extinct.

This story was written by Jade Godbehere for an internship with FISHBIO through the UC Santa Cruz Environmental Studies Department.