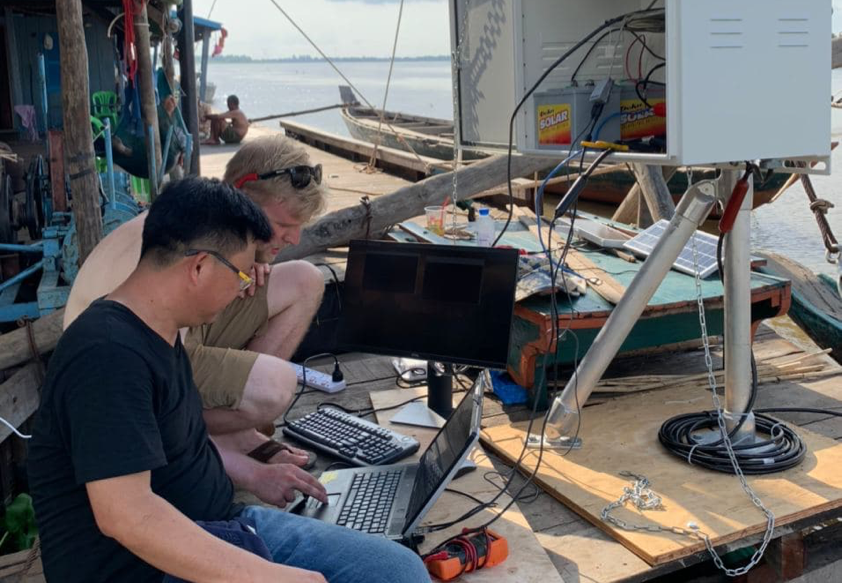 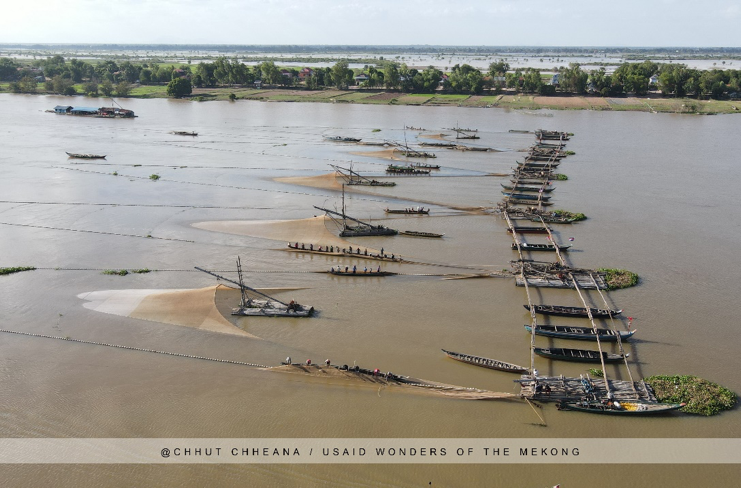 Dr. Ngor Pengbun explained that, “The installation of this echosounder is to capture the migration time and density of fish that leave the Tonle Sap Lake and swim into the Mekong River during the dry season.” Dr. Ngor Pengbun added that, “In addition to the echosounder installation, our team also collected complimentary data by sampling fish in the region, to obtain information on fish species diversity, as well as average length and weight of the fish in the population.” This data was collected to verify the echosounder data collected on the dais. The echosounder is an advanced piece of technology that has not yet been used to collect freshwater fisheries data in Cambodia. This is a test installation that could lead to a specific data recording procedure in the future. Dr. Ngor Pengbun hopes that in the near future, Cambodian researchers can use this new tool to study fish migration and estimate fish density in the Tonle Sap. The data collected by the echosounder will modernize the study of freshwater fisheries in Cambodia. By using the echosounder, researchers can effectively manage fisheries resources in a more accurate and effective way. The study also involved two local PhD students who will be trained in the use of this tool to sustain this research in the future. 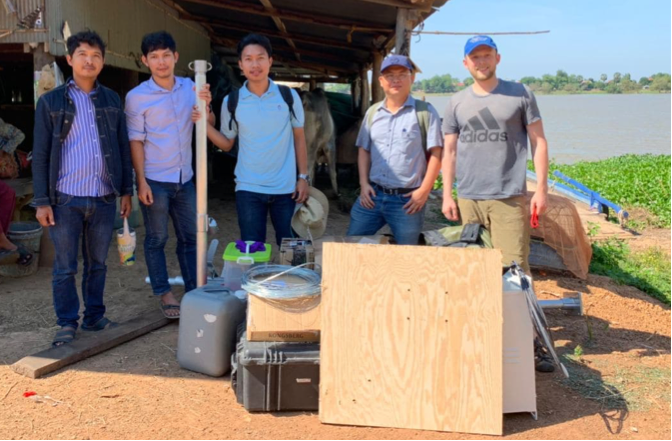 Mr. Jackson A. Swan, an echosounder expert at the University of Washington, said, “We installed this echosounder to support the Fisheries Administration, hoping that this tool will enhance their data collection efforts and provide a more sustainable management strategy for the fisheries sector.” In addition, “Two PhD students received scholarships from the Wonders of the Mekong project to learn how to use the echosounder to sustainably collect fisheries data on the Tonle Sap. When the project is over, they can continue to utilize this technical piece of equipment with ease.” 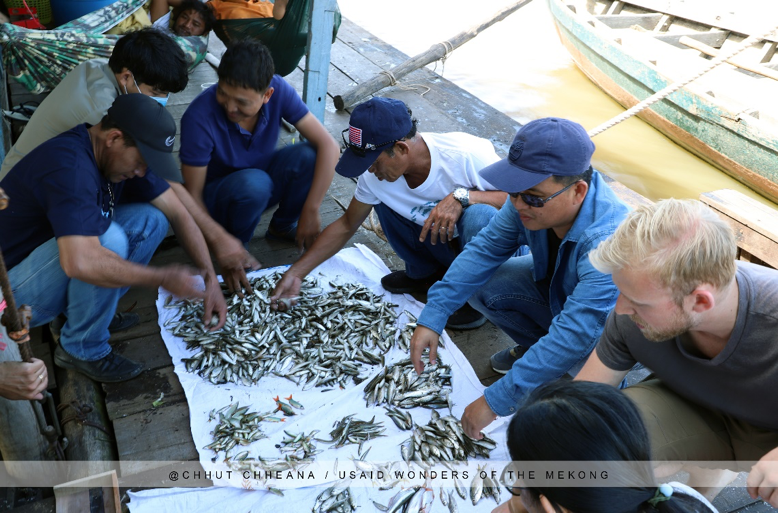 During the installation of the main components of the echosounder, PhD students Uy Sophorn and Pin Kakada also took part in the work. They helped set up the Raspberry Pi computer system for data transmission to the servers and learned how to retrieve data from servers for future data analysis. The operation of the echosounder is carried out 24 hours a day, for about 4 to 5 months, from November to February or March, depending on the fish populations sampled in the Dai fisheries, as some fish will still be migrating towards the end of February. By keeping the echosounder installed through March, the researchers can capture the complete density of fish migrating from the Tonle Sap Lake.
This story was written by Chhut Chheana for the Wonders of the Mekong Project funded by USAID.