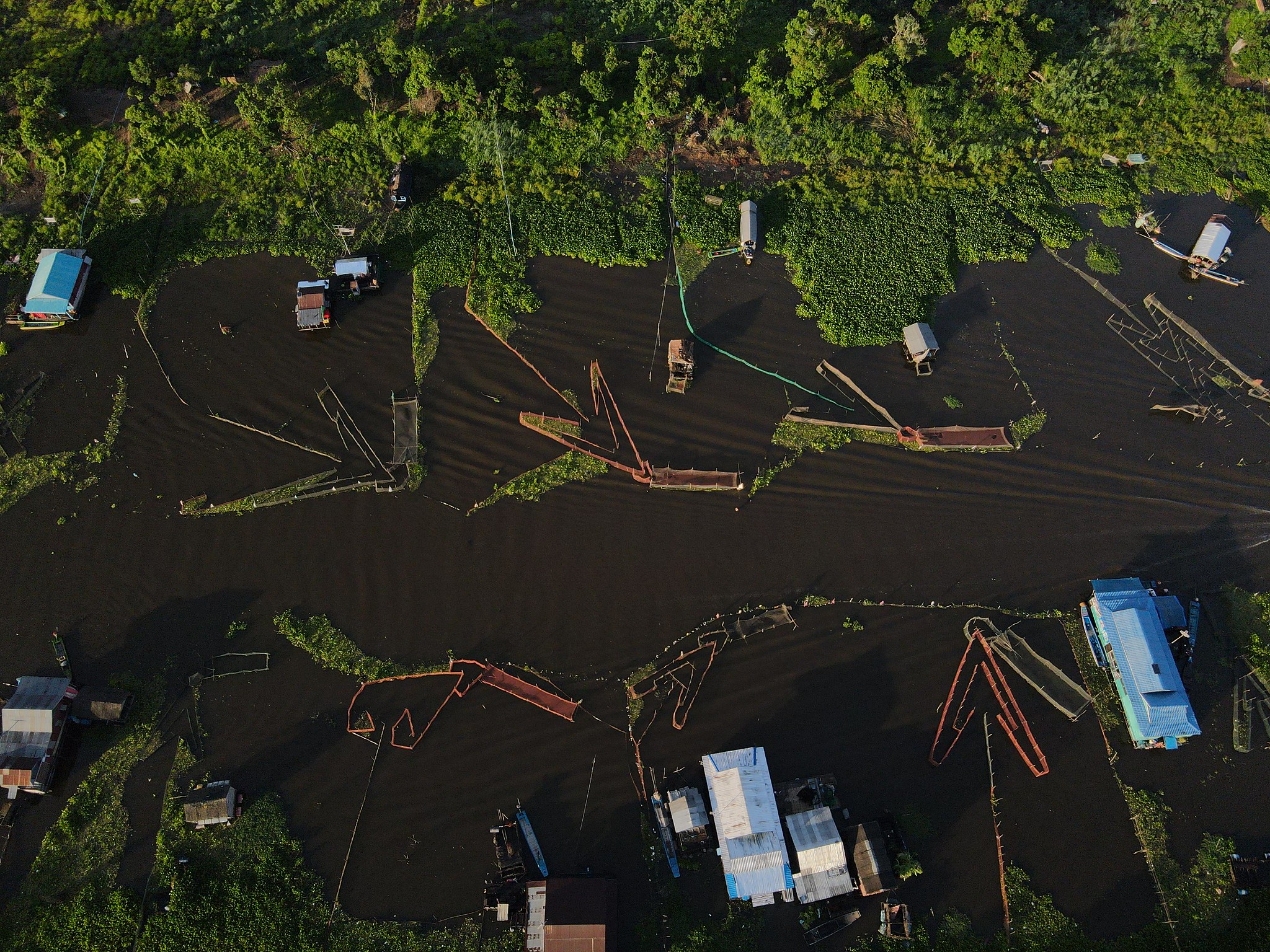 Arrow shaped fish traps, shown in the aerial view photo, are commonly used for fishing in the Tonle Sap Lake in Cambodia. The traps shown in this photo are located along the Stung Sangkae River in Prek Toal village, Koh Chivaing, Commune, Aek Phnom District, Battambang Province. The Stung Sangkae River (spelled in English as Sangkae, Sangké, or Sangke) is one of the main rivers in Battambang Province, and is approximately 250 kilometers long. The river originates from the range of the Elephant and Cardamom Mountains and flows into the Tonle Sap Lake. 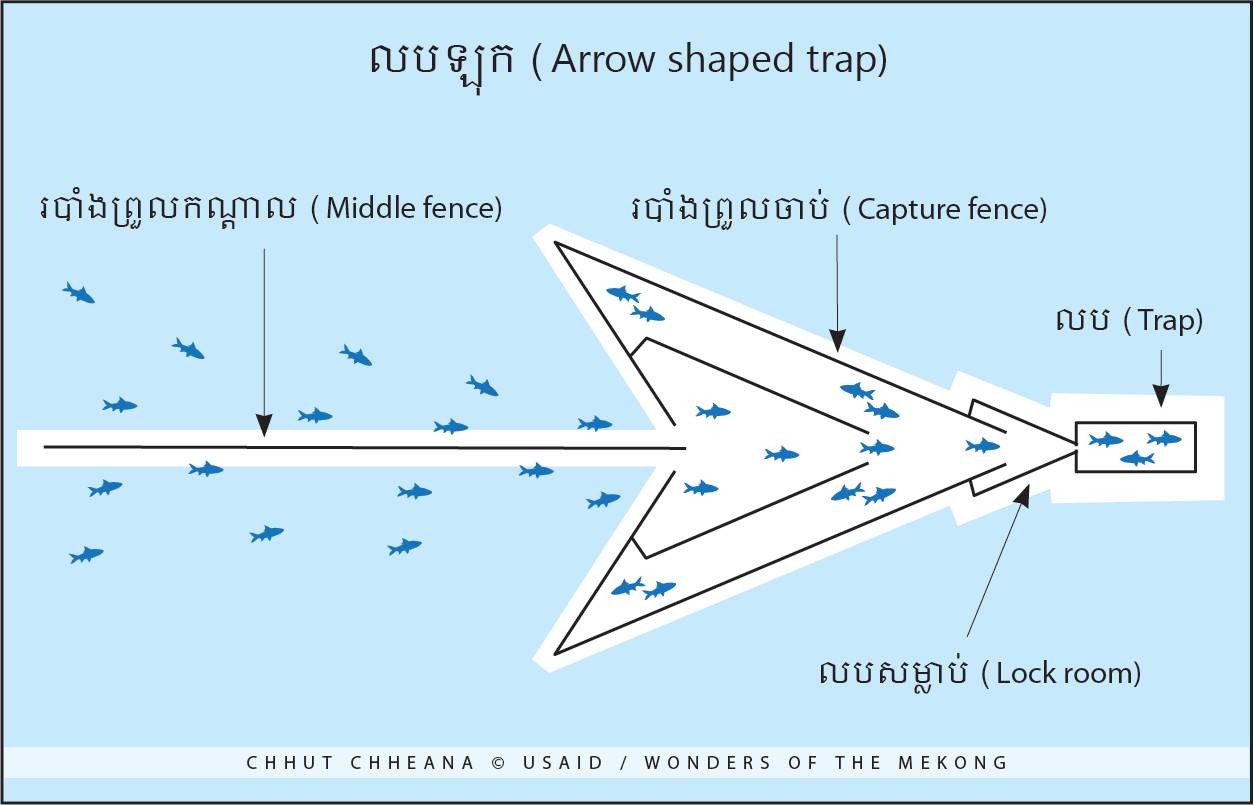 The arrow shaped trap is one of many popular fishing gears used in the wetland system in the Tonle Sap Lake to catch a variety of fish. The trap is defined by the fishery law as a medium-scale fishing gear due to its size and high catch rate, and it can be operated and used almost year-round. Its construction and operation are based on indigenous technological knowledge from local fishers. The arrow shaped trap operates using multiple chambers or stages. First, the fish swim along the middle fence until they find themselves inside the arrow-shaped capture fence. In the capture fence, fish still have a chance to escape back through the way they came. However, once they reach the lock room (referred to as the “killing room” in Khmer) there is no escape. In the lock room fish can only swim in one direction, towards the main trap, where they can be harvested.

In the past, bamboo and wood were the two materials used to build the arrow shaped traps and accompanying equipment. Bamboo was used to make the middle fence, capture room, lock room, and the trap. Wood was used to make the pole structures and the fence posts. In recent years, the supply of bamboo material has become limited and constructing bamboo fences has become more time consuming. The price of both materials has notably increased, leading to higher costs for the entire operation. Therefore, fishers have replaced bamboo material with nylon netting, which is much cheaper, easier to use, and not hard to find in the markets.

However, the use of nylon netting is technically illegal and even though nylon netting costs less and fishers can get a lot out of the material, the material itself is not environmentally friendly and can cause a lot of problems in the Tonle Sap Lake. This is because the small mesh size catches many small fish, and nylon nets contain plastic, a material that does not break down naturally and stays in the environment indefinitely. When the nets are not disposed of properly or lost during operation, they become ghost nets that drift unattended in flooded forests and in large bodies of water, trapping and killing fish and other aquatic animals. Proper disposal or reuse of fishing nets can help reduce the harmful effects of such gear.

Story and photos by Chhut Chheana for the Wonders of the Mekong, supported by USAID