Migration between habitats to feed, spawn, or seek refuge is an essential behavior for many fish, including an estimated 60-70% of Mekong species. However, actually observing fish movements is very challenging. Fortunately, technologies are continually improving to help monitor fish movements even in the biggest rivers. One of these technologies is acoustic telemetry, which relies on implanting fish with small transmitters that can be detected by receivers. Acoustic telemetry has successfully monitored fish movement over very long distances in rivers throughout the world, including in North and South America, but has not been extensively tested in the Mekong. This technology may be of great value for developing a better understanding of Mekong fish ecology, as highlighted in a recently published pilot study in the journal Water (Naughton et al. 2021). By tagging multiple catfish (Siluriformes) species along the border of Thailand and Lao People’s Democratic Republic (Lao PDR), the researchers not only gained important preliminary data on the movement patterns of these fishes, but also demonstrated the potential feasibility and value of acoustic telemetry in the Mekong.

Some of the most important migratory species in the Mekong are large catfishes, which are key components of fisheries in the region. Research on these species is urgently needed, as they are particularly vulnerable to overfishing and habitat degradation, and have experienced severe declines. In an effort to learn more about the migratory movements of large catfishes, this acoustic pilot study implanted 20 individuals representing five different species with acoustic tags and monitored their movement in a 94.6-kilometer reach of the Mekong River. By working with local fishers, the researchers were able to obtain a variety of catfishes for their study, including Bagarius yarrelli, Hemibagrus wyckiodes, Pangasius bocourti, Wallago attu, and P. conchophilus.

The portion of the Mekong River that forms the border of Thailand and Lao PDR was selected for this study because deep pools in the area are believed to be important spawning and dry season refuge habitat for migratory fish. It is also relatively narrow, which improves the receivers’ ability to detect fish across the entire channel. In an effort to maximize the likelihood that tagged fish would be detected, the knowledge of local fishers was leveraged to strategically place 17 acoustic receivers throughout the reach. Some of the receivers were attached to floating bamboo rafts, and were monitored by local people. The receivers remained in the river for one year, and the researchers performed downloads of the detection data every two months. Notably, the team used a variety of acoustic tag types, including some that measured pressure to provide information on the depth of the fish. 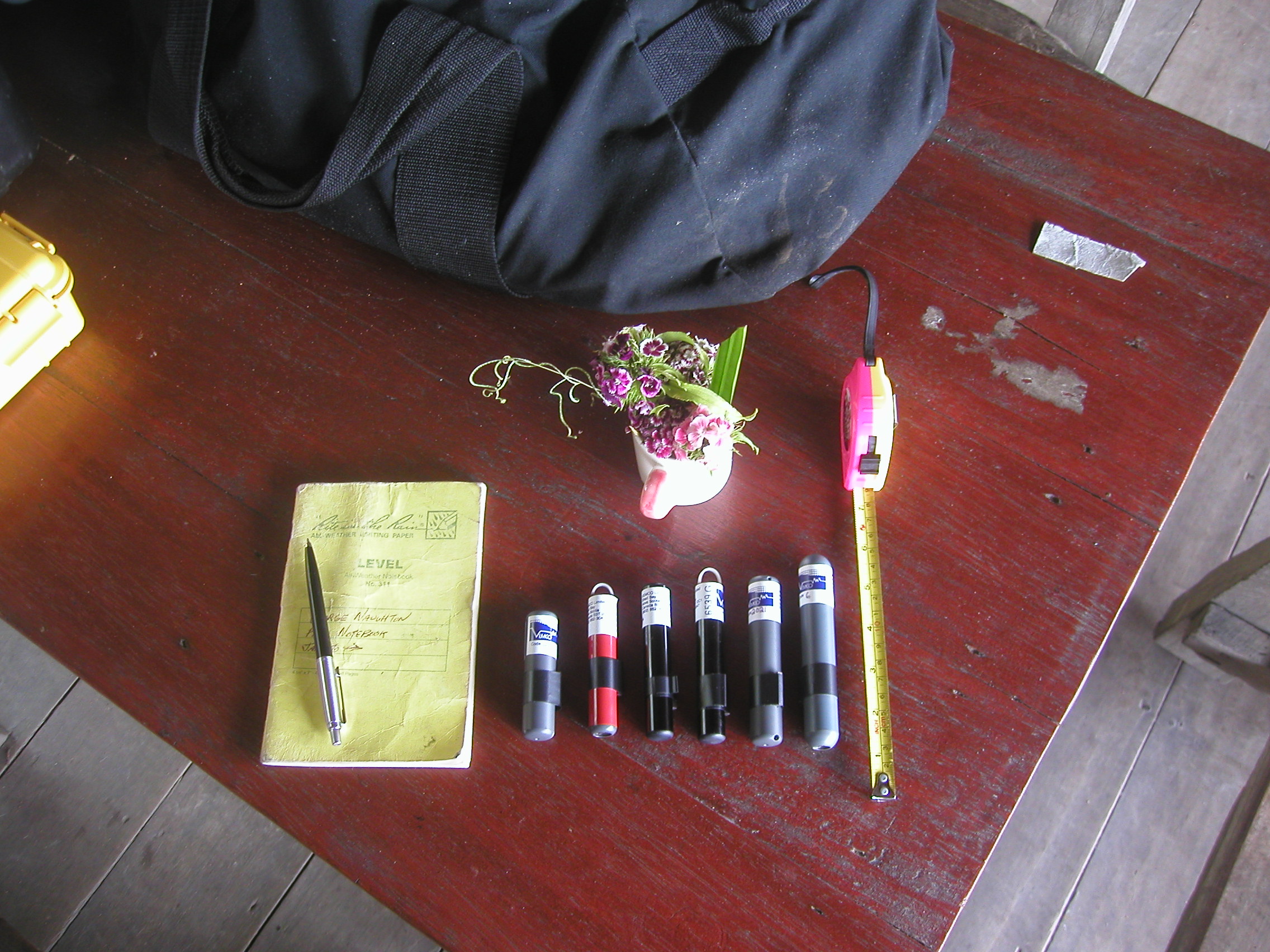 Over the course of the study, fish were detected on 15 of the 17 receivers, and the results indicated that most of the receivers had relatively high detection probabilities. In total, 90% of the tagged catfish were detected after release. Fifteen individuals were monitored for less than 20 days, but one H. wyckioides was monitored for over 336 days, during which time it moved 88.3 kilometers. The researchers examined patterns in the timing, direction, and speed of movement, and for the fish with pressure sensing tags, they were also able to assess vertical movement in the water column. Although the small sample size prevents extensive analyses on the movements of any of the species, all of the data provides a valuable baseline for important migratory catfish that have not previously been the subject of telemetry studies.

This study demonstrates the potential for acoustic telemetry to serve as a useful tool in the Mekong, and the researchers emphasize that the main key to success was collaboration with local fishers. Ongoing hydropower development in the Mekong basin means that studying and understanding the movement of ecologically and economically migratory fish species will be of ever-increasing importance for informing management and policy decisions. Creating a receiver array shared between the Mekong countries could be highly beneficial, and would help provide critical data on important and imperiled fish species.