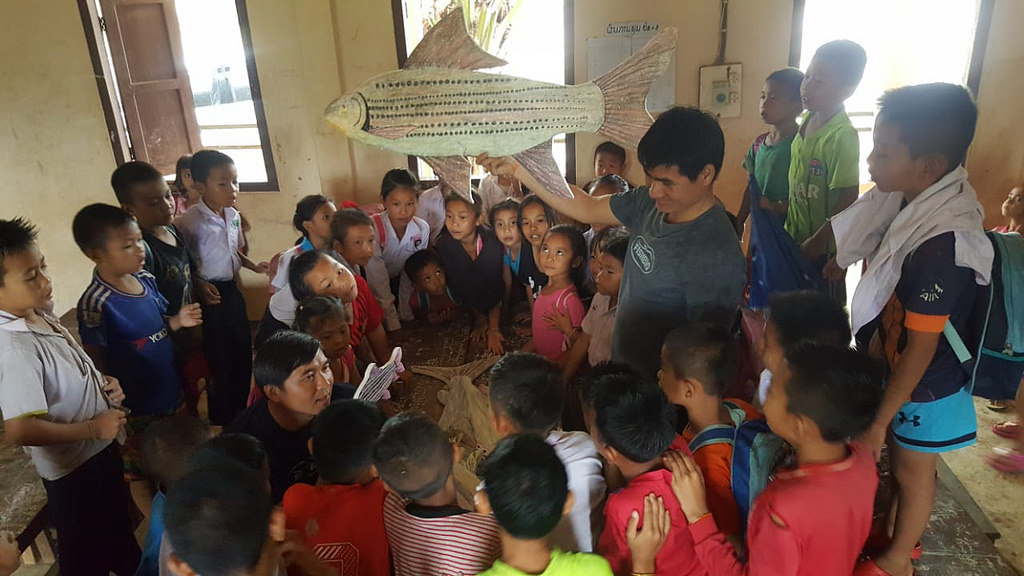 Migratory fish, and the rivers they live and travel in, are a key focus of the work that FISHBIO does in Lao PDR. For the past several years, we have worked with villages along the Mekong River in Laos to set up and manage freshwater protected areas, called Fish Conservation Zones, in important habitats for the Jullien’s Golden Carp (Probarbus jullieni), an endangered migratory fish. We thought the recent World Fish Migration Day, celebrated in April 2018, was a perfect chance for educational outreach with the communities involved in our Fish Conservation Zone projects, which are supported by the Critical Ecosystem Partnership Fund. This year, we organized an event to celebrate the Jullien’s Golden Carp in Phalath Village, which is located on the Mekong River in Vientiane Province. 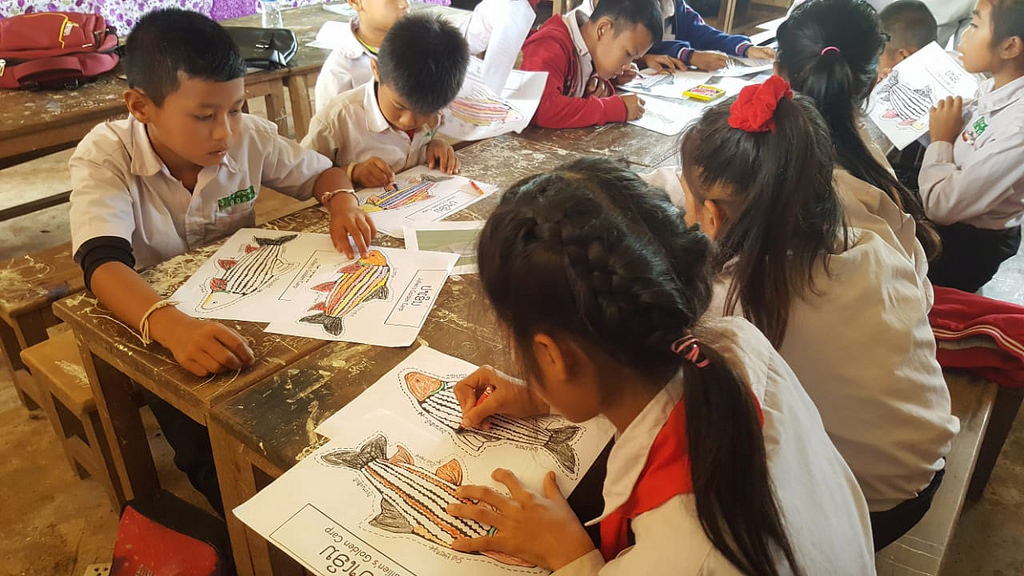 Our event was inspired by the successful activities we led in the village of Ang Noi during the last World Fish Migration Day in 2016. We gave a presentation at Phalath Village School for 35 students in grades 3 to 5. We first taught the students about the importance of rivers for fish that travel long distances on their migrations, like the Jullien’s Golden Carp. The Mekong River is similar to a superhighway that many fish species use to move up and down each year. We showed them how big these special fishes can grow (up to 1.5 m, or 5 ft!), and taught them how important it is for fish to lay their eggs to sustain their population. Then, we taught them about how a Fish Conservation Zone functions as a “safe space” for fish, where they are protected from fishing and can rest or lay their eggs. We have worked to establish this kind of safe zone for fish at a Fish Conservation Zone called Kengmai Rapids. It spans five km along the Mekong River and four nearby communities participate in protecting the area to make sure the place is safe for fish live. 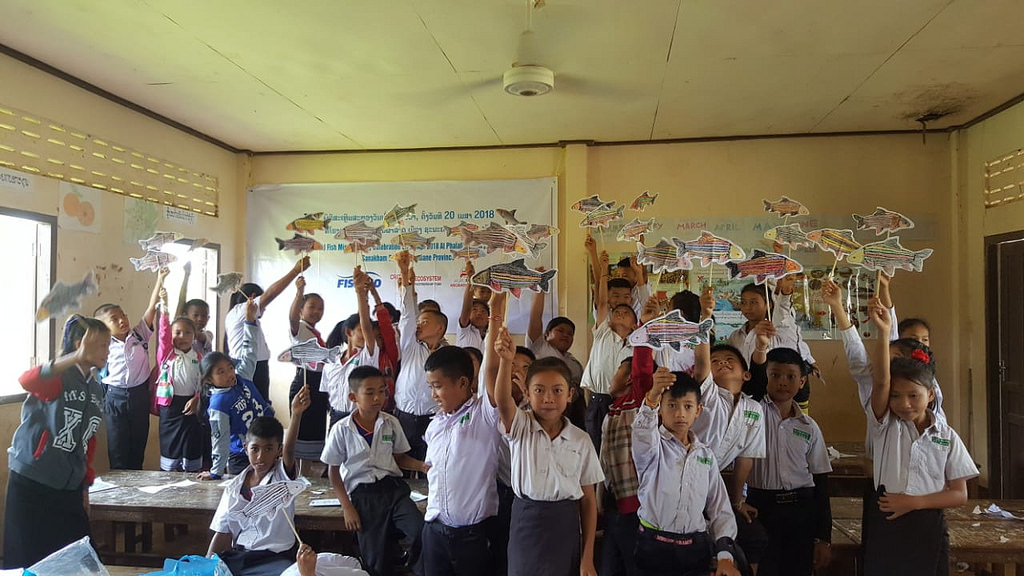 Students next got to see for themselves how a Fish Conservation Zone functions, when we had most of them act as fish in a game of tag, where they tried to avoid being tagged by “fishers.” Many more of the “fish” were able to survive and make it to their spawning ground when we added some Fish Conservation Zones as “safety areas” in the game of tag! The students also crafted colorful puppets of the Jullien’s Golden Carp, which we took for a parade around the school ground. We capped off the day by presenting a gift of some uniforms for the school’s soccer team, and a set of balls for petanque, a popular outdoor game that is similar to bocce. We were glad that school teachers and members of the village’s Fish Conservation Zone committee could join the event as we celebrated the value of migratory fish and the community’s important efforts to conserve them. 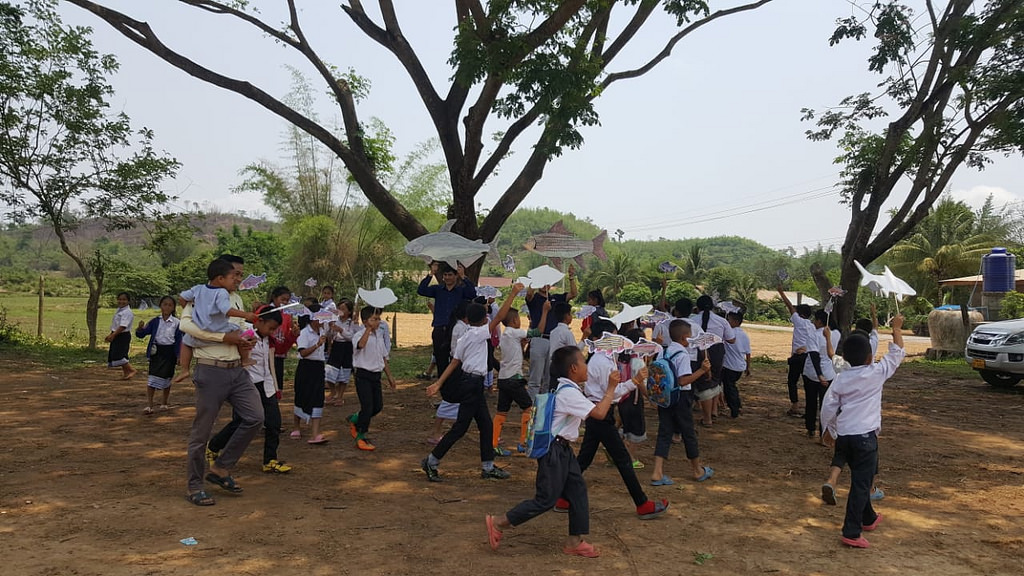 This post was written by Erin Loury from FISHBIO.