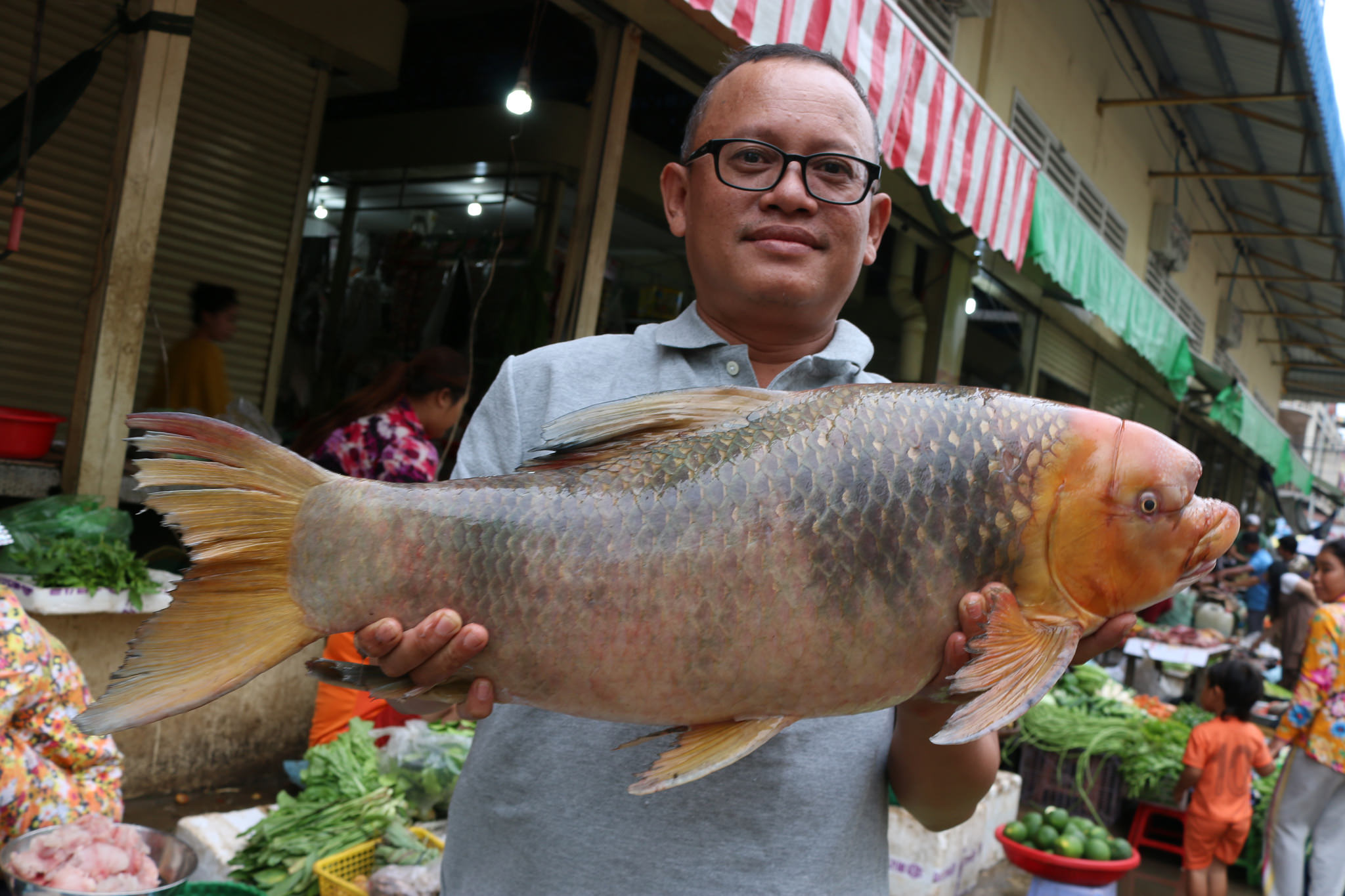 In the Mekong basin, an unusual bump-headed fish called Incisilabeo behri (also known as Bangana behri) migrates out of the Sesan, Srepok and Srepok (the 3S) rivers as juveniles into the mainstream Mekong. They may head downstream to the border of Kratie and Stung Treng Province, or upstream to southern Laos PDR and northeastern Thailand for feeding purposes (grazing on algae on rocks). The species spawns in the middle of the Sekong River in July and August. The maximum size recorded is 60 cm. Wonders of the Mekong project staff came across this colorful specimen for sale at a market in Stung Treng, Cambodia. 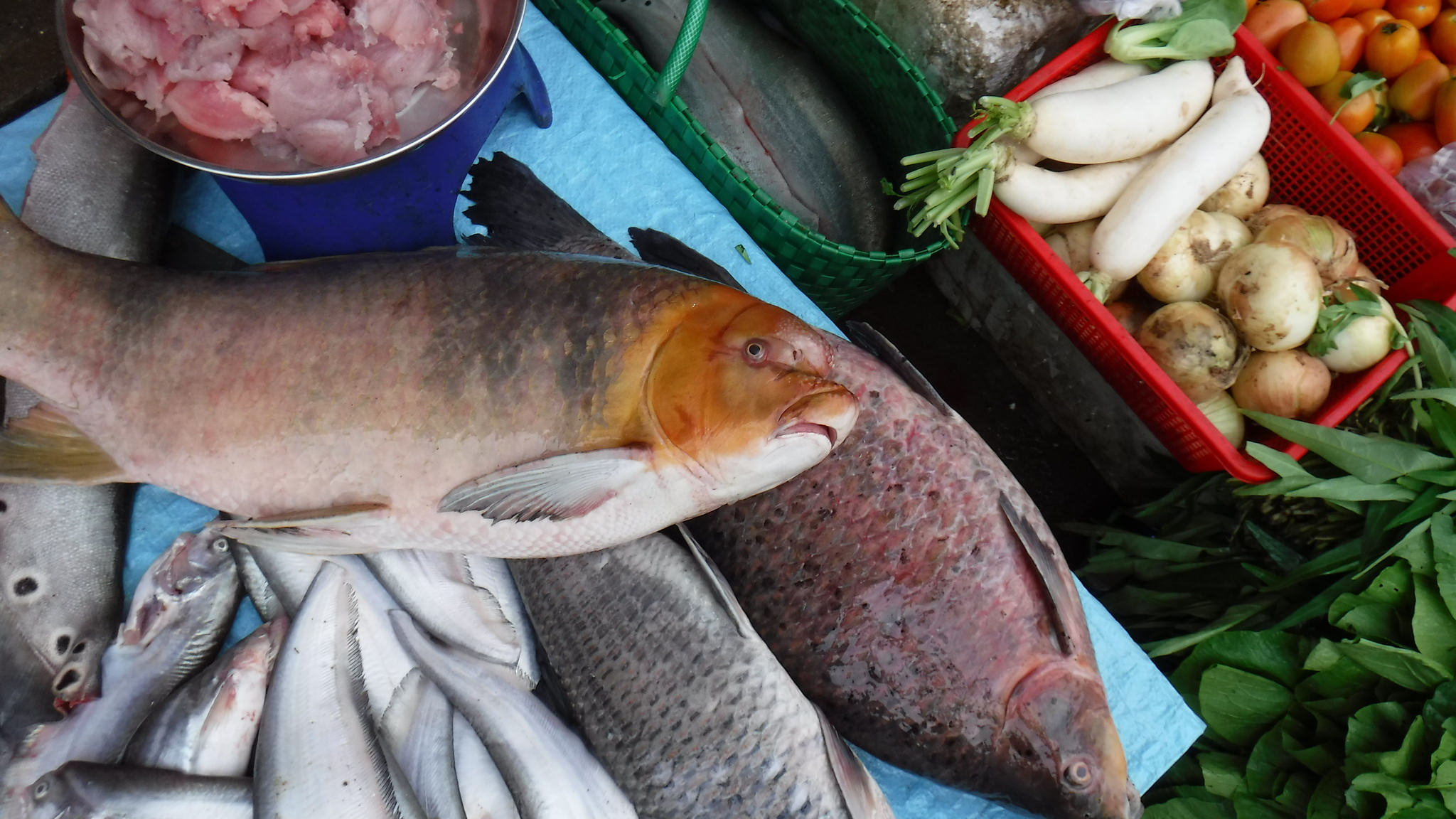 In Attapeu and Sekong Provinces in southern Laos, villagers have created protected areas to that have helped conserve this species in the dry season, and have also made attempts to ban fishing during its  spawning season. Incisilabeo behri is listed in the IUCN Red List as “Vulnerable” (Red List in 2011), and major threats include being targeted with gillnets during the spawning season and feeding migrations. The increasing use of electrofishing gear and dams proposed on the Mekong and 3S rivers could have a major negative effect on the species during its migration. More research and conservation planning is needed to understand and protect this unique Mekong fish species!