Cambodian youth have strong concern over the well-being of the Mekong, the mother river, so they came together to design a series of awareness activities to promote the connection between people, river and fishes. This one-month-long campaign was organized for World Fish Migration Day by a group of 35 volunteers from Young Eco Ambassadors (YEA): Mekong Generation in collaboration with USAID-funded Wonders of the Mekong Project.

This wide-array of activities began with the preparation and collection of communication materials to fit with the interests of audiences and the nature of the events. This included Samnang and the Giant Catfish story book by Save Cambodia Wildlife’s which has been narrated and recorded into audio clips. These were  used in storytelling sessions with over 300 kids at five different primary schools in Kandal province. After the story, the kids had fun participating in quizzes, games and a fish coloring competition. This similar activity was also extended to the kid visitors at the Scholar Library too. The volunteers also screened a “Tonle Sap and Mekong River” documentary to more than 200 students at the American Intercon School, leaving behind a message of deep connection between the rich biodiversity of the two basins with the students and teachers.

Then, the story of the Mekong River was also shared with more than 140,000 people in Bon Phum, a three-day village festival that showcased Khmer culture, dances, traditional games and food at Kork Ampil pagoda. The team worked with a painting artist, Yi Kakada, to draw a picture of the giant string ray, one of the world’s largest freshwater fish that exists in the Mekong River basin. The painting, together with other pictures from the Wonders of the Mekong project, were displayed and attracted lots of attention for photographs and selfies. There was also a booth in which YEA members prepared games and quizzes for the visitors to participate in to have fun, learn about fishes, and win a World Fish Migration Day t-shirt. The young ambassadors of the Mekong also engaged another 80 volunteers to be responsible for the cleanliness of the whole festival. 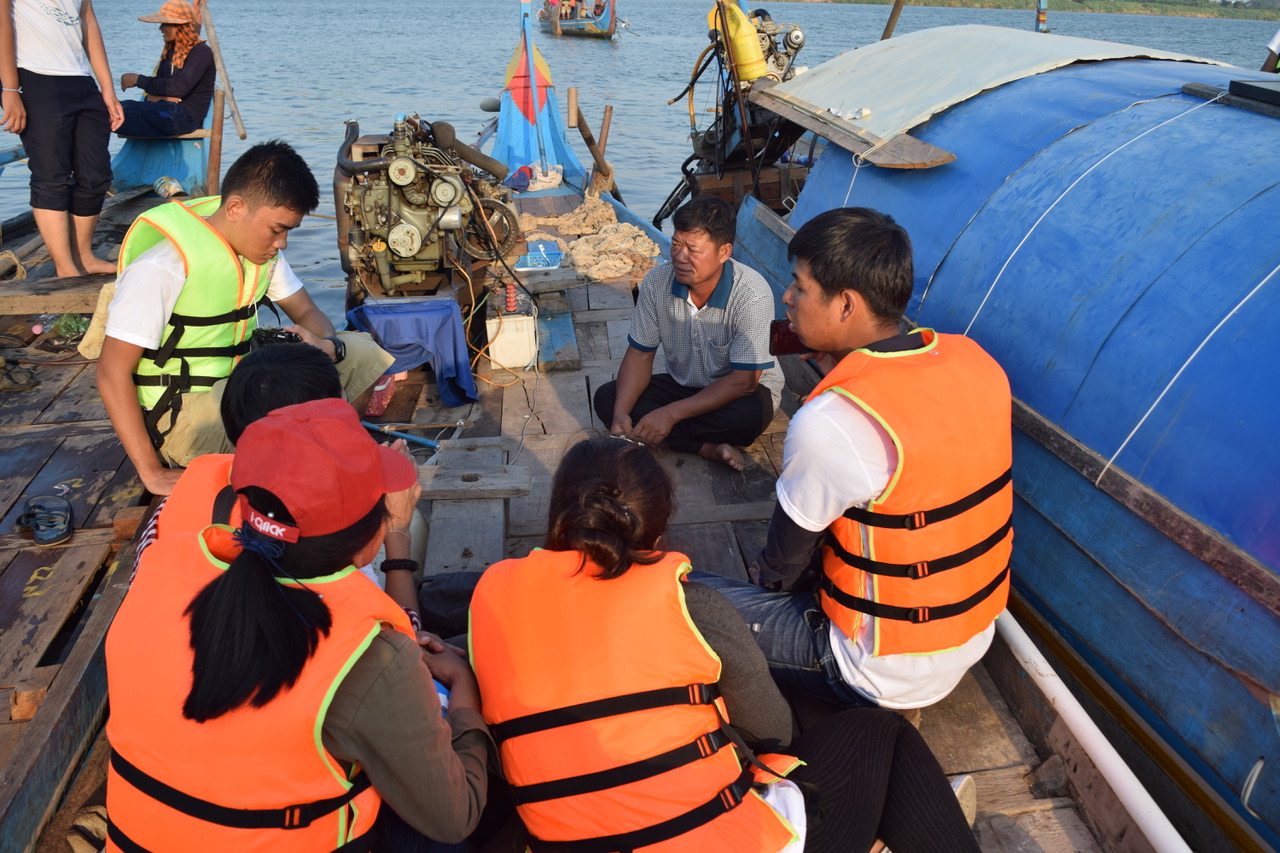 Coming closer to the World Fish Migration Day event on April 21, the organizing team also launched a photo competition under theme “Life on the Mekong River”, allowing 91 photography lovers to submit their best photos with this caption to win a prize of participating in a Mekong River field trip with the Mekong Ambassadors in June. Three winners were selected from a poll of 7,000 public votes.

When the World Fish Migration Day arrived, a gathering of 100 people at The Desk co-working space watched “Tonle Sap and Mekong River” and “The River Connectivity” documentaries,  followed by a visit to fishing community at Chong Koh village, located right in front of the Royal Palace. There, the participants also had a chance to interact with the local kids to raise their understanding about fish species through a fish painting book and coloring activities. After that, everyone enjoyed a boat ride with fisherman, learning about their livelihood and different fishing techniques they used to sustain life. 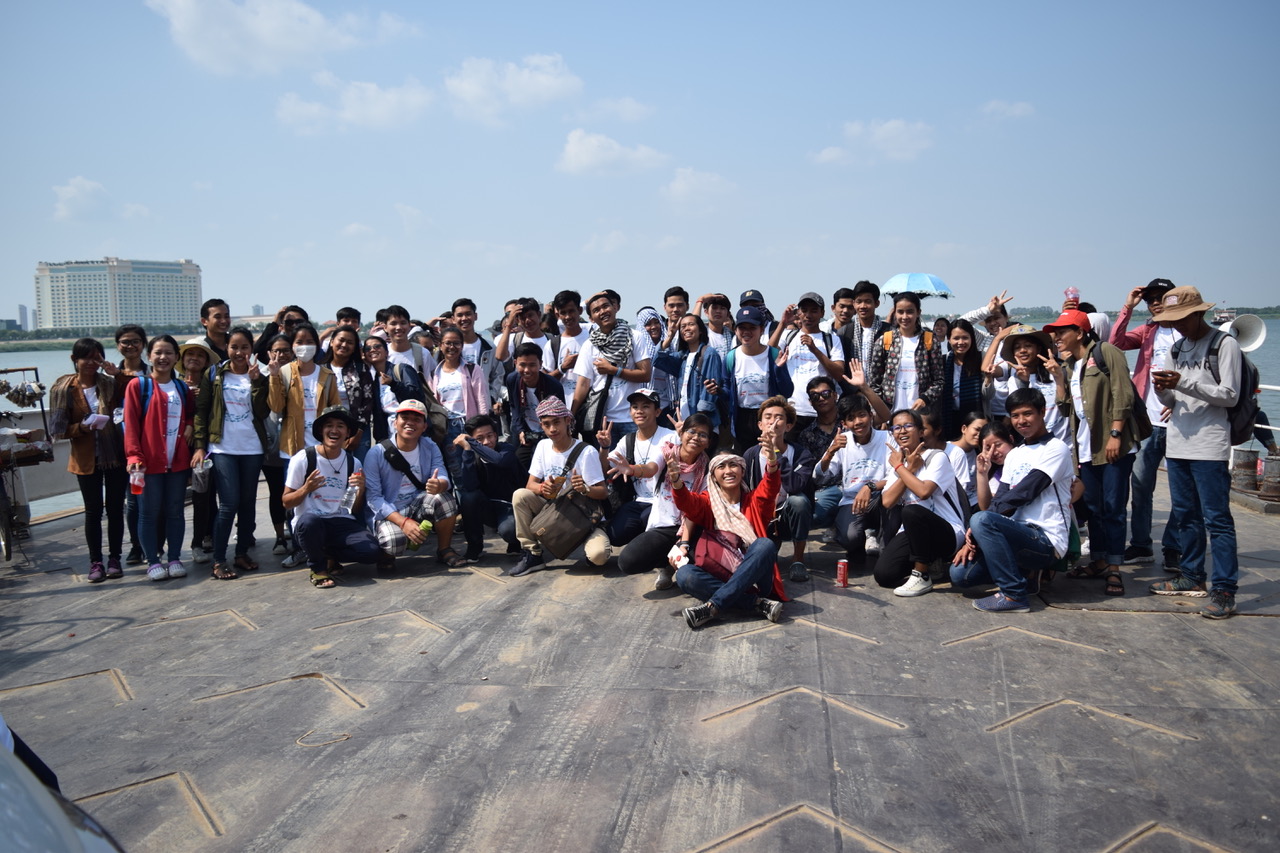 Though it was the first of its kinds for Young Eco Ambassador to celebrate World Fish Migration Day, they brought the public wide exposure to the wonders of the Mekong, its species and interactive connection to people’s lives. To get their messages reaching to a wider audience in a meaningful way, the group is getting ready to learn more about the Mekong River though an upcoming field trip, community meet up, and a dialogue with experts. By the end of the year, they will host a storytelling event to communicate their lesson learned and inspiration to people from all walks of life in Cambodia. To find out more about their journey, please follow their facebook page: www.facebook.com/YoungEcoAmbassador. Their story on World Fish Migration Day was covered by Khmer Times (in English) and CNC TV (in Khmer).

This story was written by Seat Lykheang of the Young Eco Ambassadors.