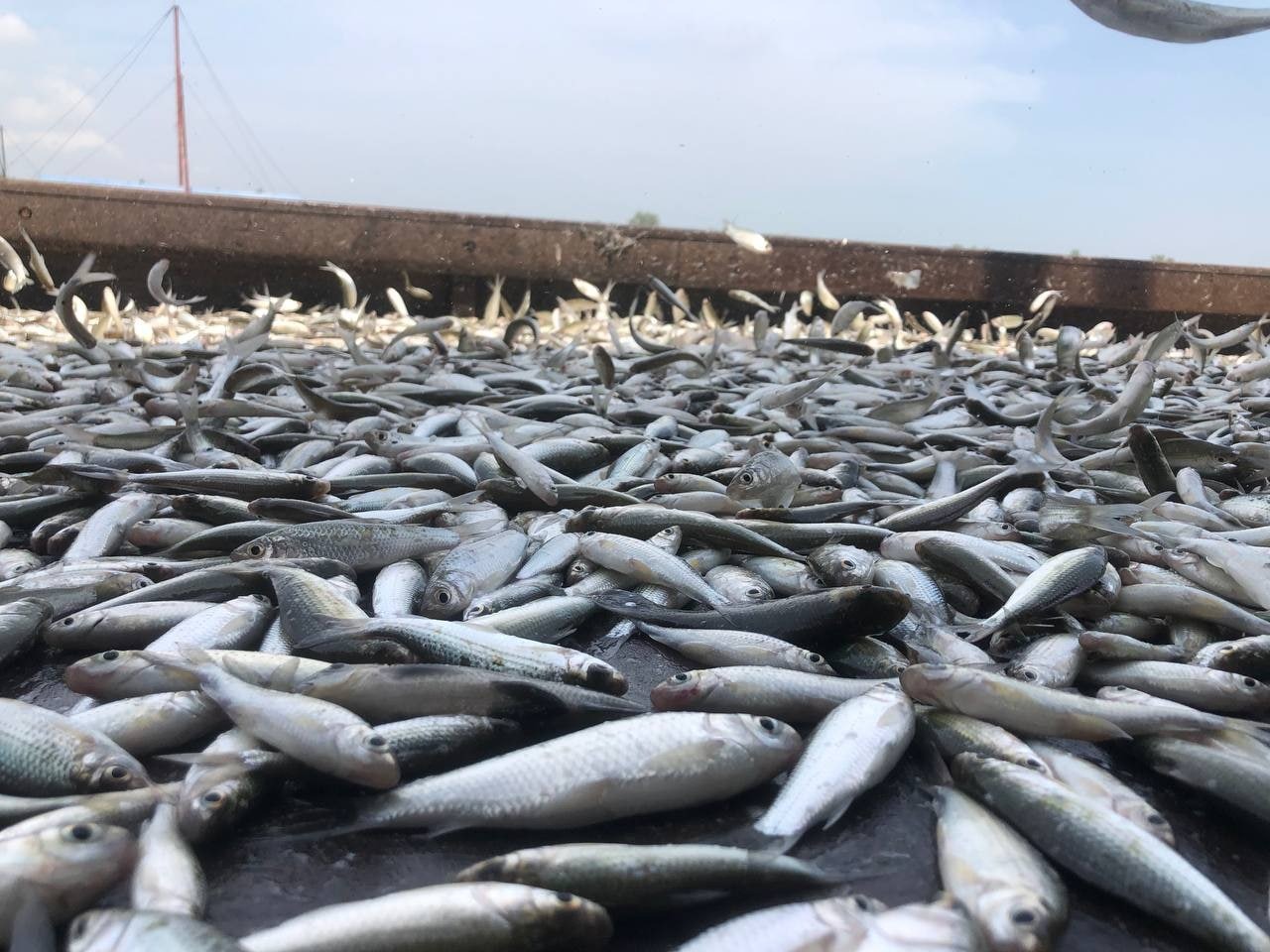 The commercial stationary trawl (Dai) fishery has been operating in the Cambodian Tonle Sap River for more than 100 years. Members of the Wonders of the Mekong project monitored fish catch at the Tonle Sap Dai fishery from November 2021­– March 2022. This study was carried out to: 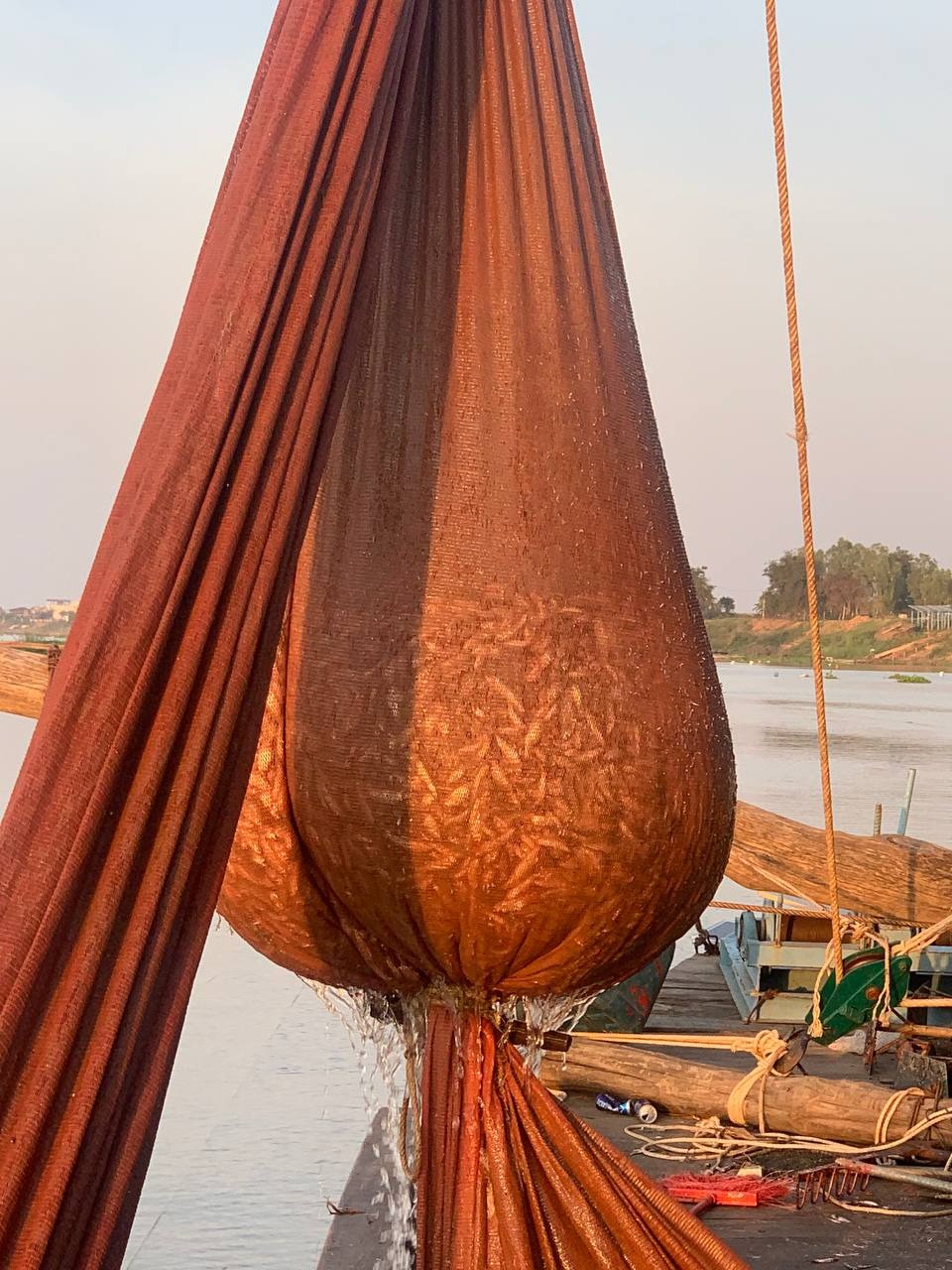 Net catches were sampled at two Dai units, one upstream in the Tonle Sap River (Dai 15E), and one further downstream (Dai 3D). Sampling took place before, during, and after the peak fish migration period throughout the Dai fishing season (e.g., late November to mid-February) to measure variations in the catch, fish communities, and migration patterns through time.

Before going to the field, data collectors were trained on fish sampling, fish identification, fish measurement, and data recording. Each Dai unit was monitored continuously for 24 hours by a team of six people. Sampling teams collected data from every fish haul during the low-catch period, and from every other fish haul during the high-catch period. Fish sampling was stratified by “large fish” and “small fish.” Large fish were selected to represent the range of species and lengths found in the catch, and each large fish was measured and weighed individually. A 5-kg sub-sample of small fishes was also collected from the total catch. Each fish in the sub-sample was sorted and identified to species, then counted and bulk weighed by species. Up to 50 individuals of each species were measured for standard length, total length, and weight from each sample. 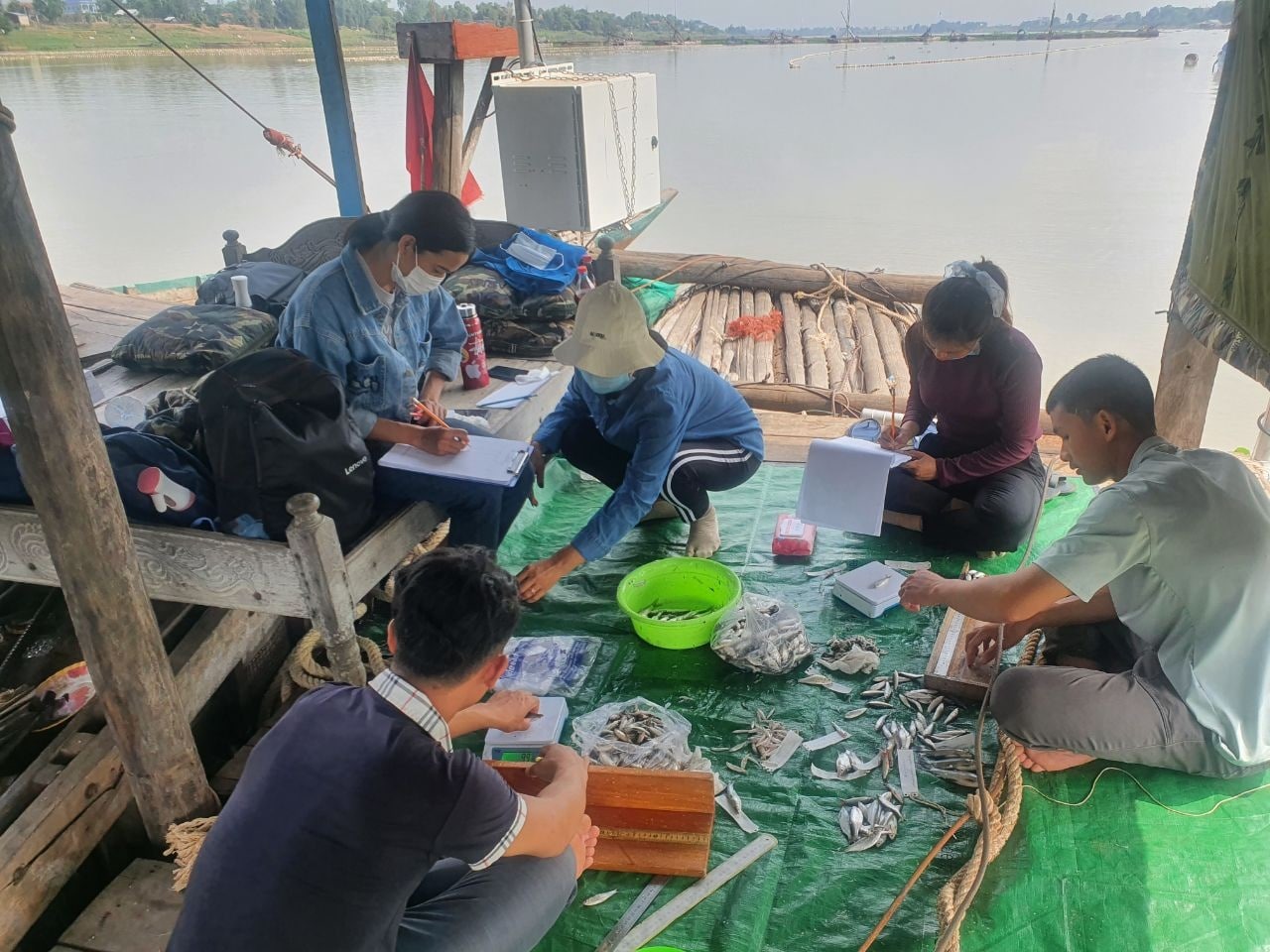 These field trips also served as training opportunities for graduate students from the Faculty of Fisheries of the Royal University of Agriculture and the Department of Biology of the Royal University of Phnom Penh. This monitoring program enabled graduate students to better understand the life history of migratory species, such as migration patterns between the Mekong River and Tonle Sap Lake. They also leaned how the Dai fishery operates and how the gear is used, how to sub-sample large and small fishes, how to identify fish to species, and how to record data. Guidance was provided by researchers of the Inland Fisheries Research and Development Institute and the Wonders of the Mekong team. 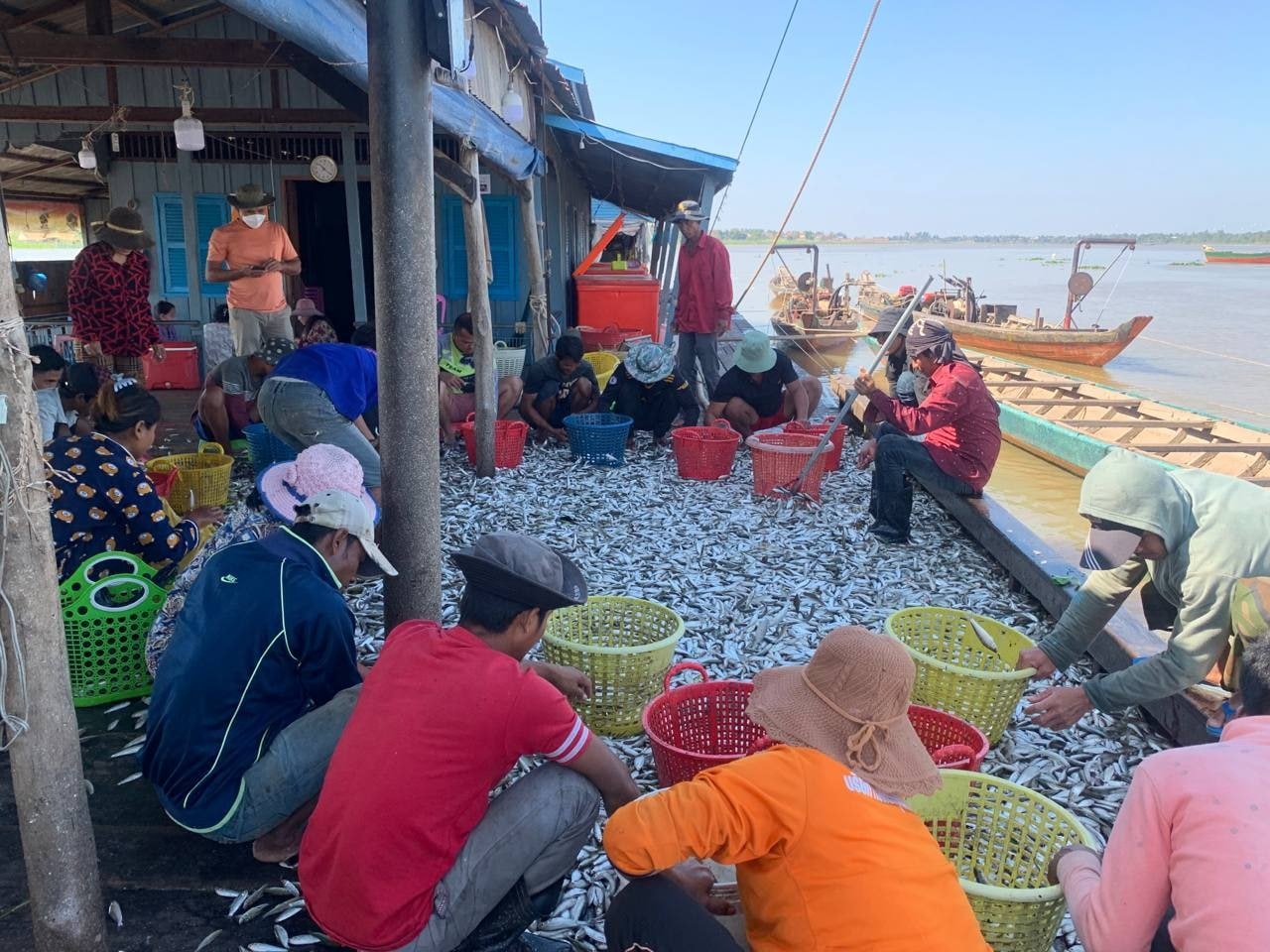 Data collected during this monitoring will be analyzed and reported in forthcoming publications. The data can also be used as a reference for future research, such as comparative studies between other locations or future times, and can be included in data sets of fish catch trends. This study will also look at and changes in acoustically-measured fish density through the fishing season. Fish species composition and length-frequency data from the fish catch are used to partition acoustic measurements into fish species groups. Once the acoustic characteristics of dominant species groups are known, acoustic measurements can be combined to estimate fish biomass. This study illustrates the value of combining traditional fisheries studies with advanced technology to help monitor changes in an important Cambodian fishery.

This work is being conducted by: