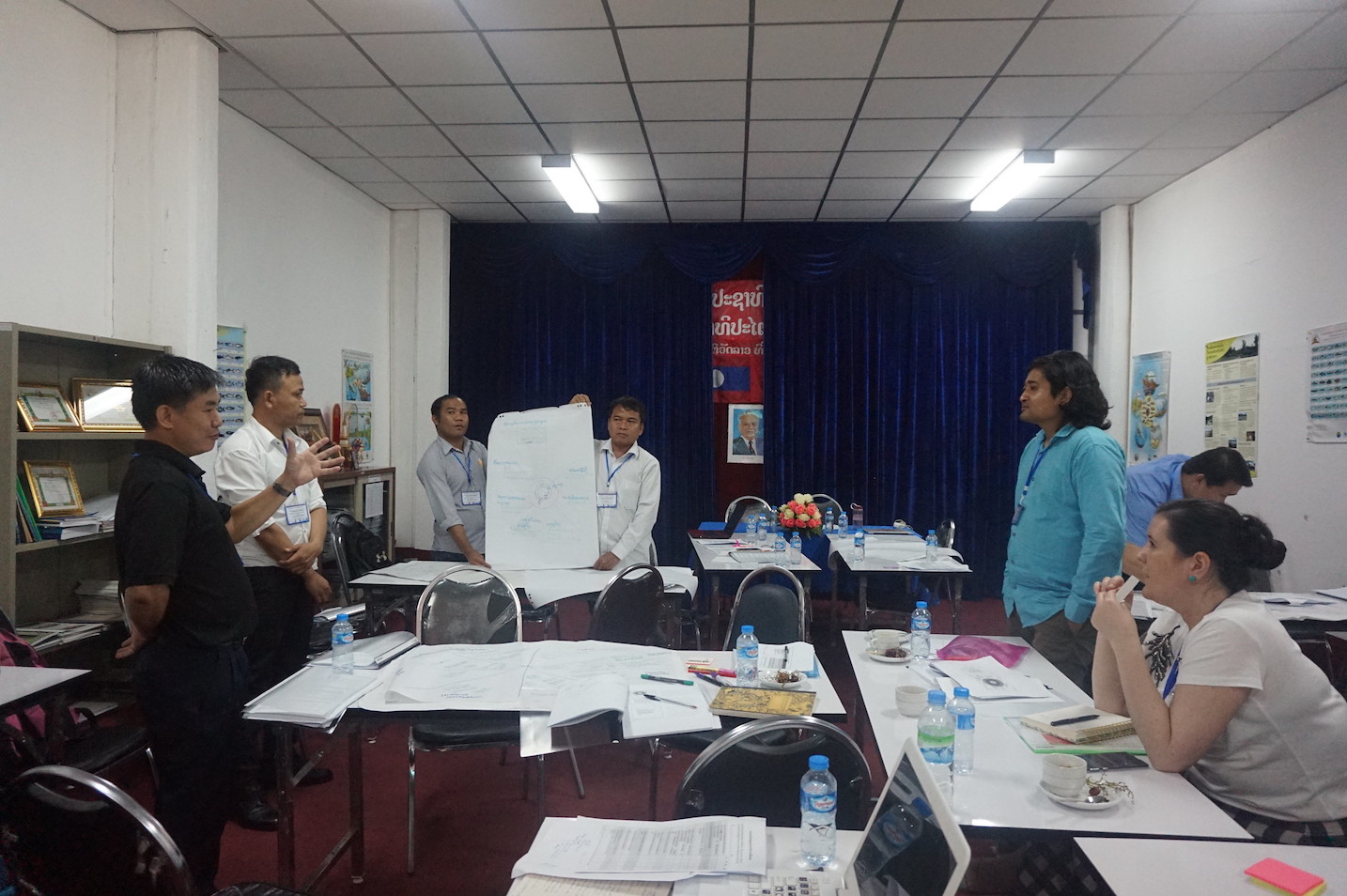 When it comes to managing sustainable use of natural resources, conflicts can naturally arise. Such is the case of artisanal fisheries management in Laos where Fish Conservation Zones (FCZs) have experienced some challenges regarding the enforcement of FCZ regulations. The restrictions on fishing at FCZ-designated stretches of the river and confiscation of the fishing gear have previously provoked some fishers to damage the boats of the enforcement team. Other patrolling teams are hesitant to enforce the regulations against people in power. We imagine others must face these challenging dynamics among the more than 1,300 FCZs throughout Laos. 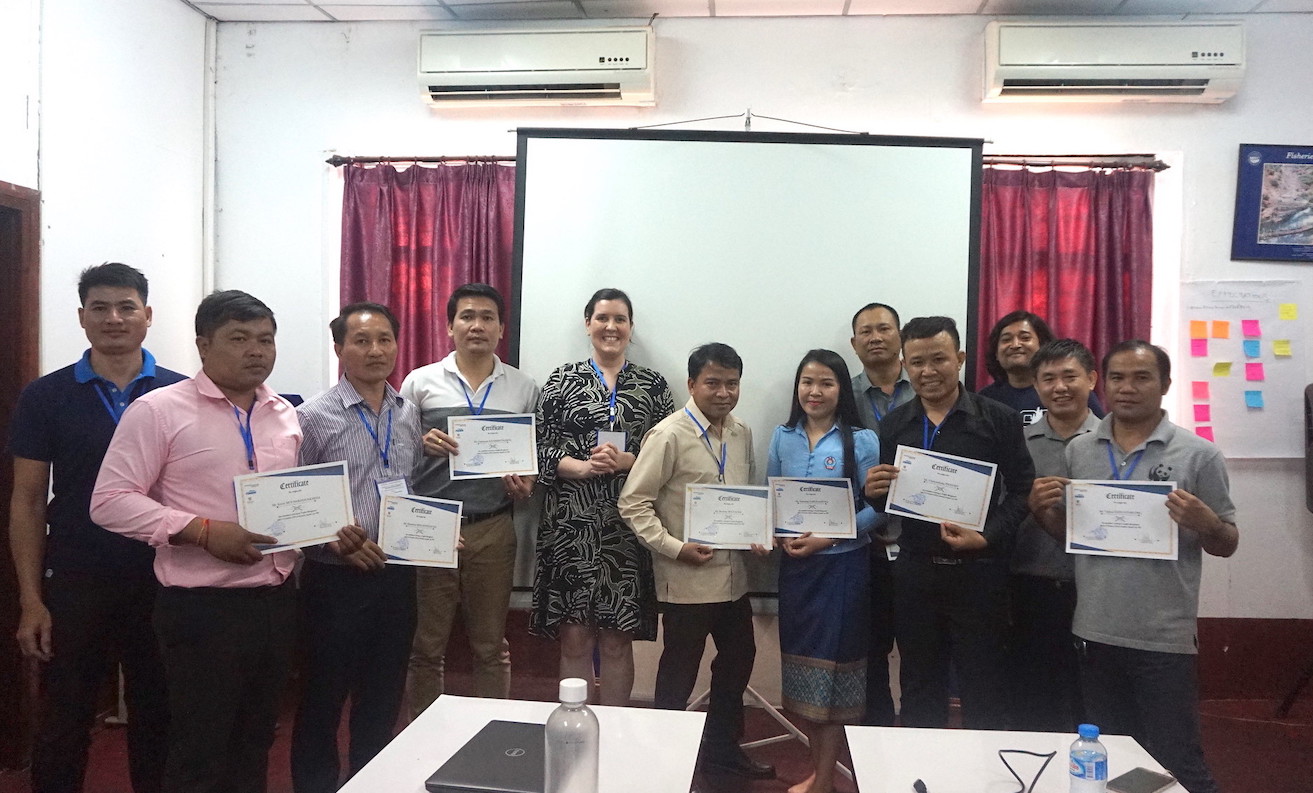 To help provide skills and resources to settle such differences, FISHBIO Laos decided to provide conflict management training to our staff and other fisheries practitioners in Laos, with the hope to then bring this training into local communities. We partnered with Dr. Jennifer Bond from Charles Sturt University, Australia, who traveled to Laos to lead a conflict management training with twelve officials representing Theun-Hinboun Power Company (THPC), Nam Theun 2 Hydropower Project, World Wildlife Fund (WWF), Department of Livestock and Fisheries (DLF), and FISHBIO staff from the U.S. and Laos. The training was conducted for two days on October 9 and 10 in the DLF office in Vientiane, Laos, as part of a project funded by the Critical Ecosystem Partnership Fund (CEPF). 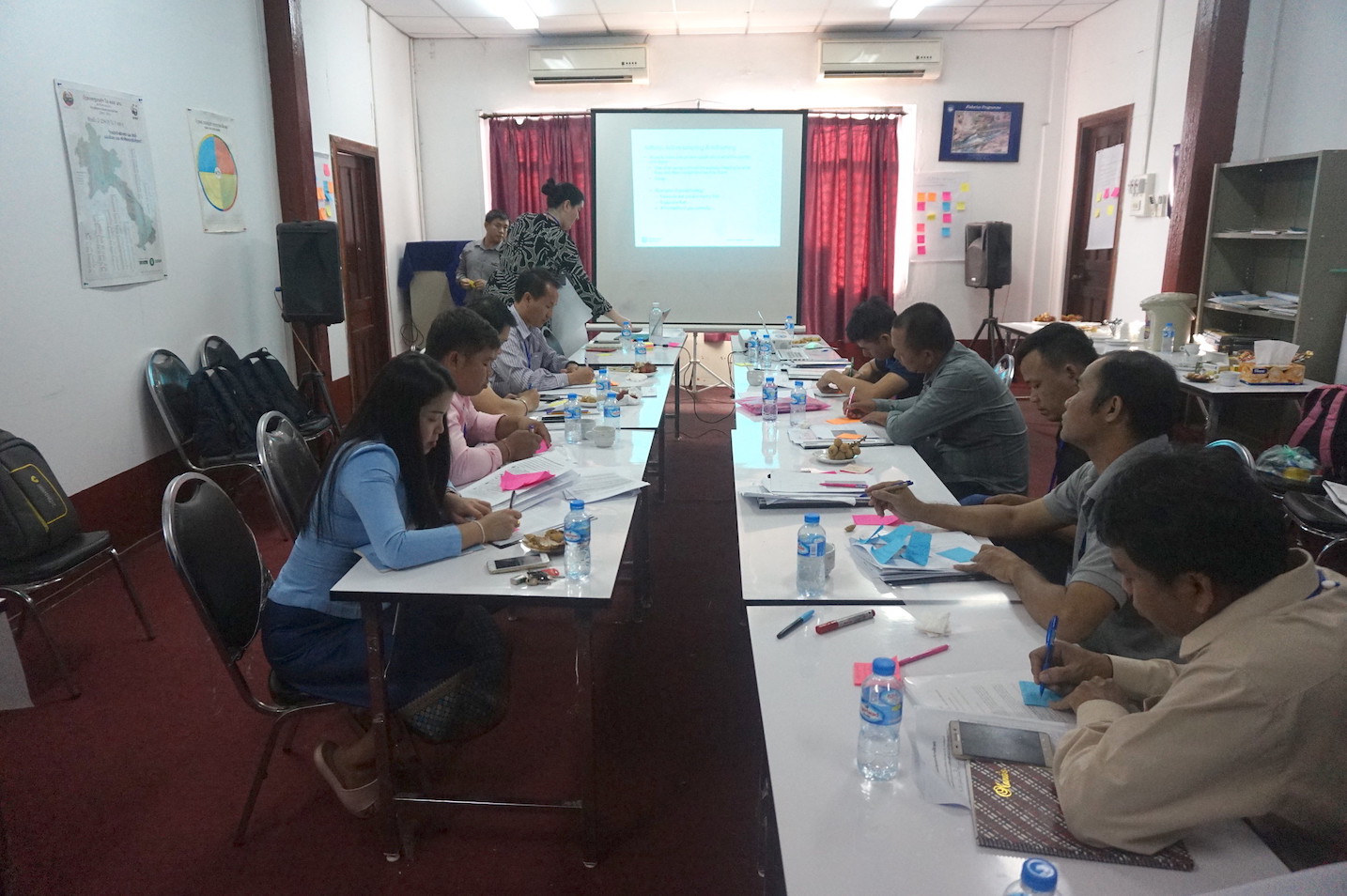 The purpose of the training was to make the trainees aware of the dynamics of conflict in natural resources management, with a focus on fisheries, and guide the participants in how to reach agreeable solutions working closely with communities. The conflict management process began with an introduction of conflict and its various types, and then group exercises such as conflict mapping, which was centered on the theme ‘fish conservation vs. food security,’ and used Venn diagrams of overlapping circles were used to represent potential interrelated conflicts, with the size of the circles represented the extent of the conflicts. As part of the conflict assessment process, participants learned how to fill out a stakeholder analysis matrix in detail so that various stakeholders related with the conflict could be identified. The stakeholder analysis table helped participants to fill out different fields for each stakeholder, such as perception and position of conflict, degree affected by and degree blamed for the conflict, influence over the conflict management process, and capacity required for the stakeholders to be involved in the conflict management process. Such assessments could be completed in communities using a number of methods such as individual interviews, focus group discussions, participatory activities like drawing a conflict tree, or through holding community meetings. 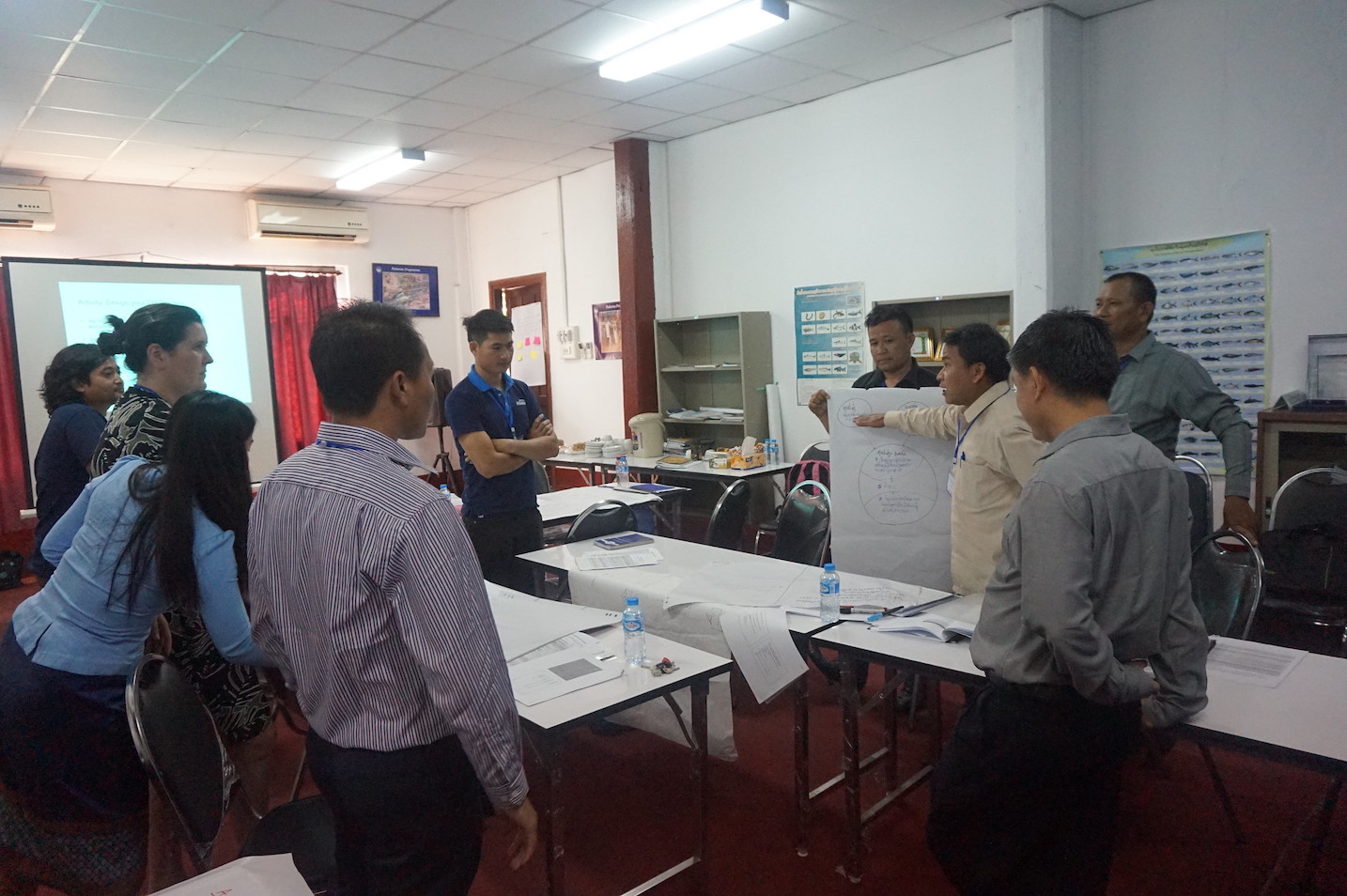 The training wrapped up with a briefing on conflict management options as joint decision-making (negotiation and mediation), third-party decision making (adjudication and arbitration) and separate action (retreat). Mr. Sinsamout Ounboundisane, Director of FISHBIO Laos facilitated the training by acting as a translator, and the trainees reflected their learnings at the end of the two days. We hope that familiarity with these skills will be help participants be better equipped to handle conflicts they may encounter as part of their work.

This post was written by Biraj Shrestha, a master’s student at the University of California, Santa Cruz who is completing a capstone project with FISHBIO Laos as part of the Coastal Science and Policy Program.