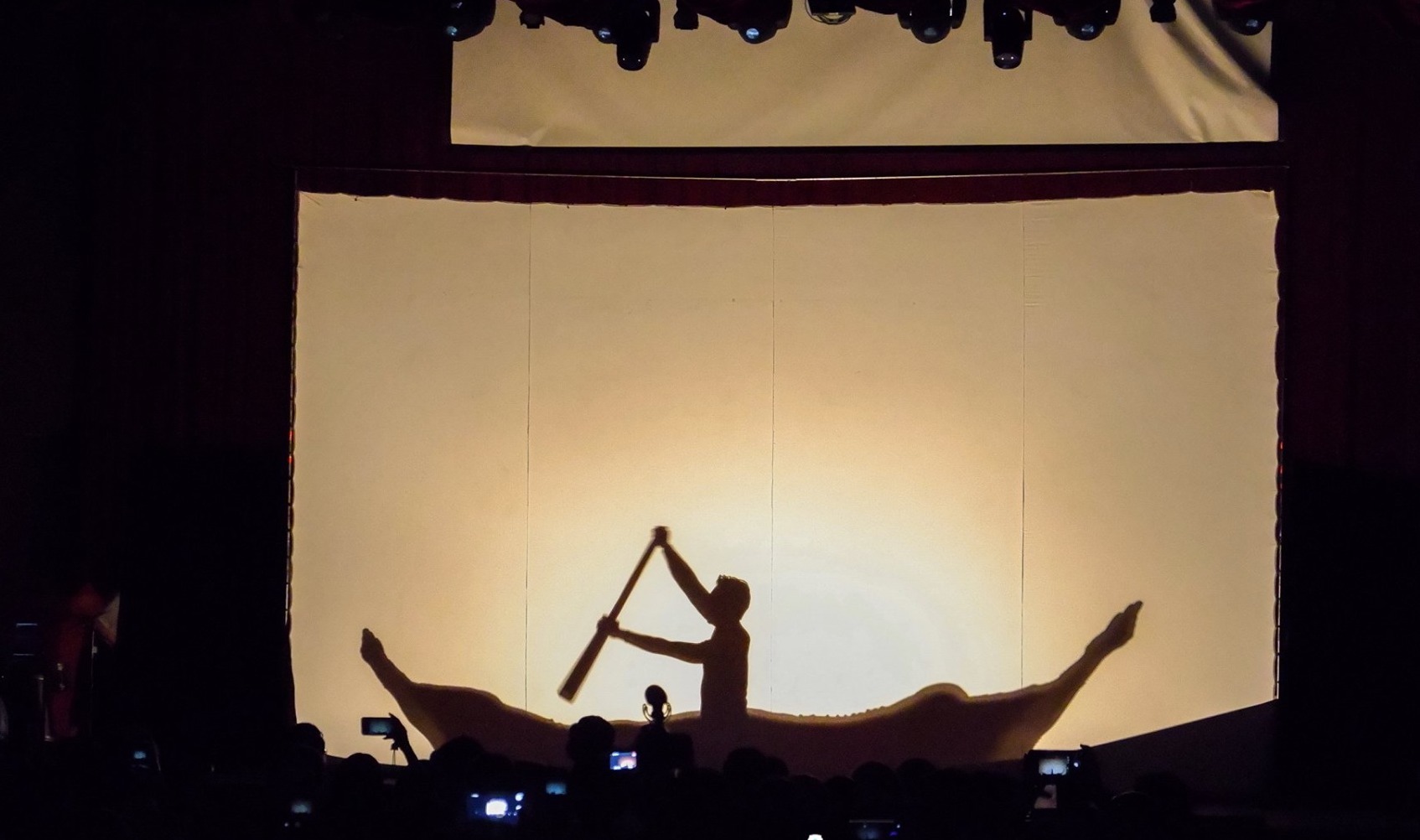 After a 16-month-long journey to learn about Cambodia’s most unique river ecosystem, a group of youth called the Young Eco Ambassadors: Mekong Generation was ready to tell their stories about the Mekong to the crowds. The storytelling event was hosted on June 15, 2019, at Cambodia-Korea Cooperation Center from with the participation of more than 1,000 youth, parents, schools, conservation organizations, donors, and relevant Ministries.

The events kicked-off with the exhibition of 17 booths, which included 7 booths presented by the Mekong Ambassadors about the awareness materials they have developed to promote the Mekong. These included a Kiri story book, a Fish vs. Plastic map game, the original song Mjas Cholsa (“Owner of the River”), a Mother Mekong sculpture, Mekong Seagull ecotourism itinerary, a prahok making article, and key species featured as Mekong digital artwork. In addition, there were booths from the private sector, conservation organizations, and environmental groups to allow the audience participants explore different alternatives and concepts where they could contribute to the conservation of the Mekong River and other natural ecosystems in Cambodia. 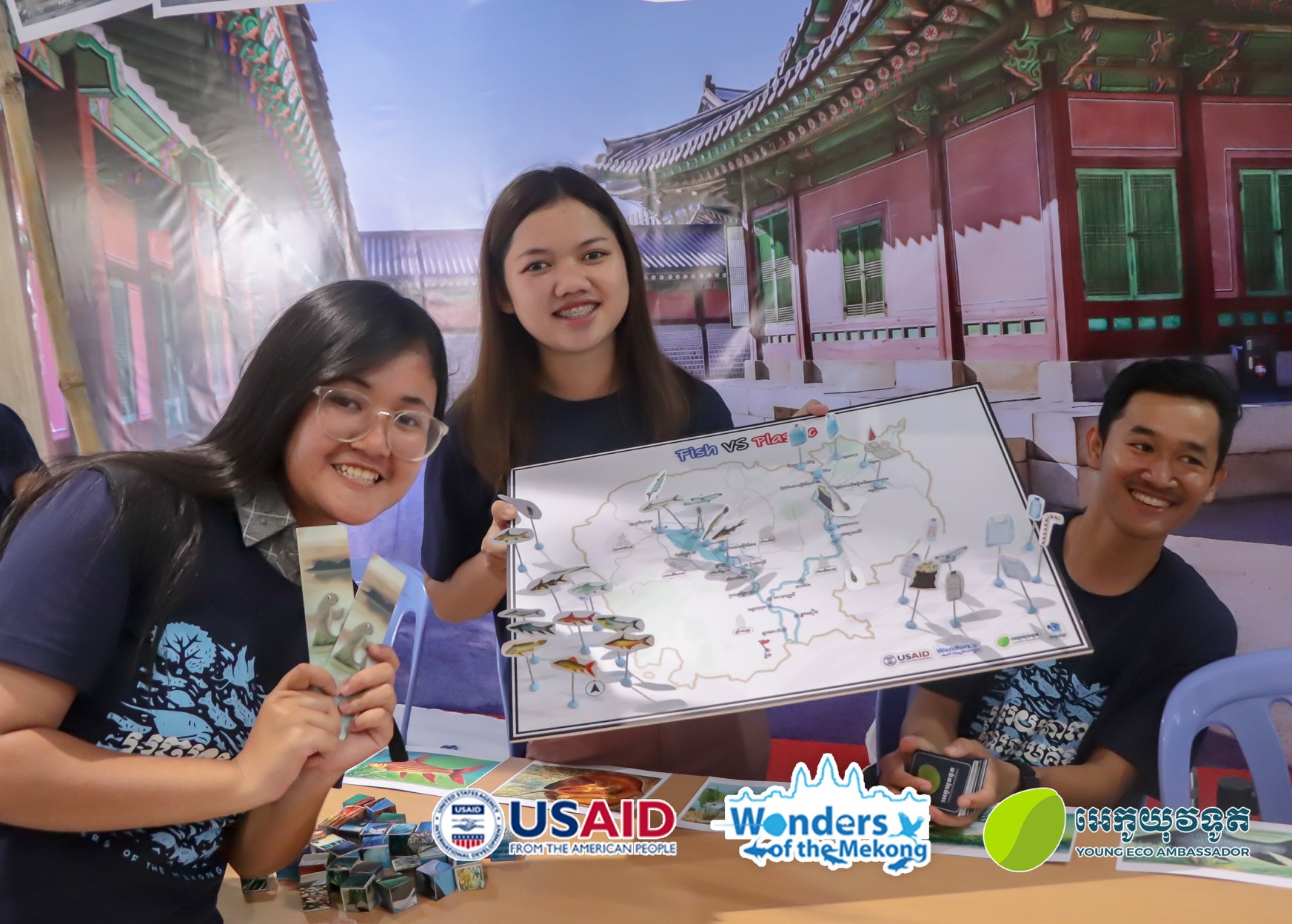 After that, a workshop about “Careers in Conservation” included a panel of speakers from the Fishery Administration, USAID’s Keo Seima Conservation project, BBC Media Action, and a private consultant firm. The purpose of the workshop was to introduce career pathways in the conservation sector to the students in the audience so that they could make a right choice if they were interested in making an impact in the areas of forest and biodiversity conservation. 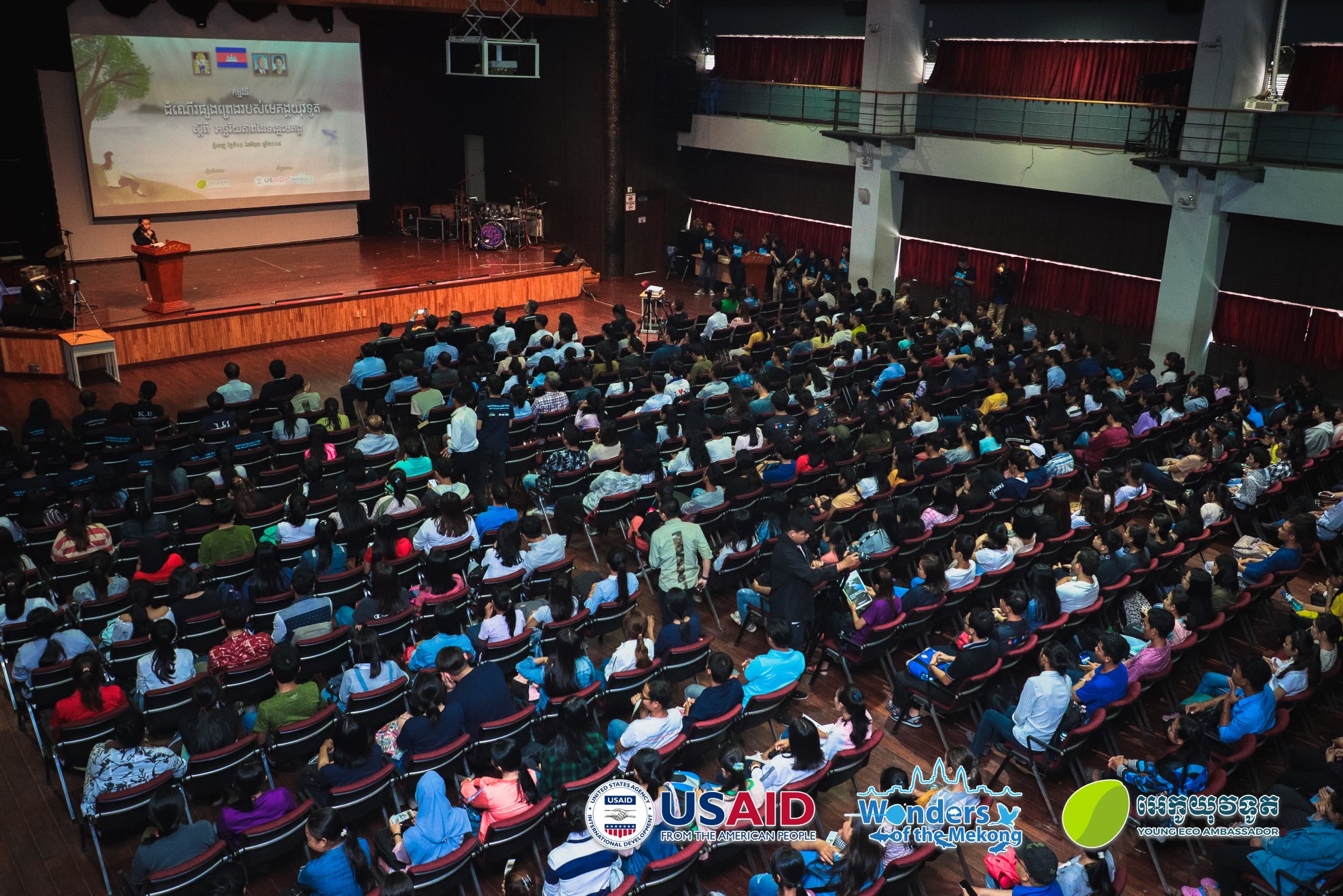 At 4pm, the most exciting part of the show arrived. A shadow dance performed a love story between a village girl and a dolphin with an emphasis on how the Mekong river was created, prosperity of humankind brought by the river, underwater life, threats, and conservation of the river. Besides the inspiring, emotional, and educational shadow performance, the young singers from Small World Small Band also got to rock the stage once again with their newly composed song “Mjas Cholsa”. Along with the performances, all 7 Mekong Generation project representatives had a chance to present their idea sand projects to the audience, calling for further engagement in taking their awareness materials to spread to larger groups of people. 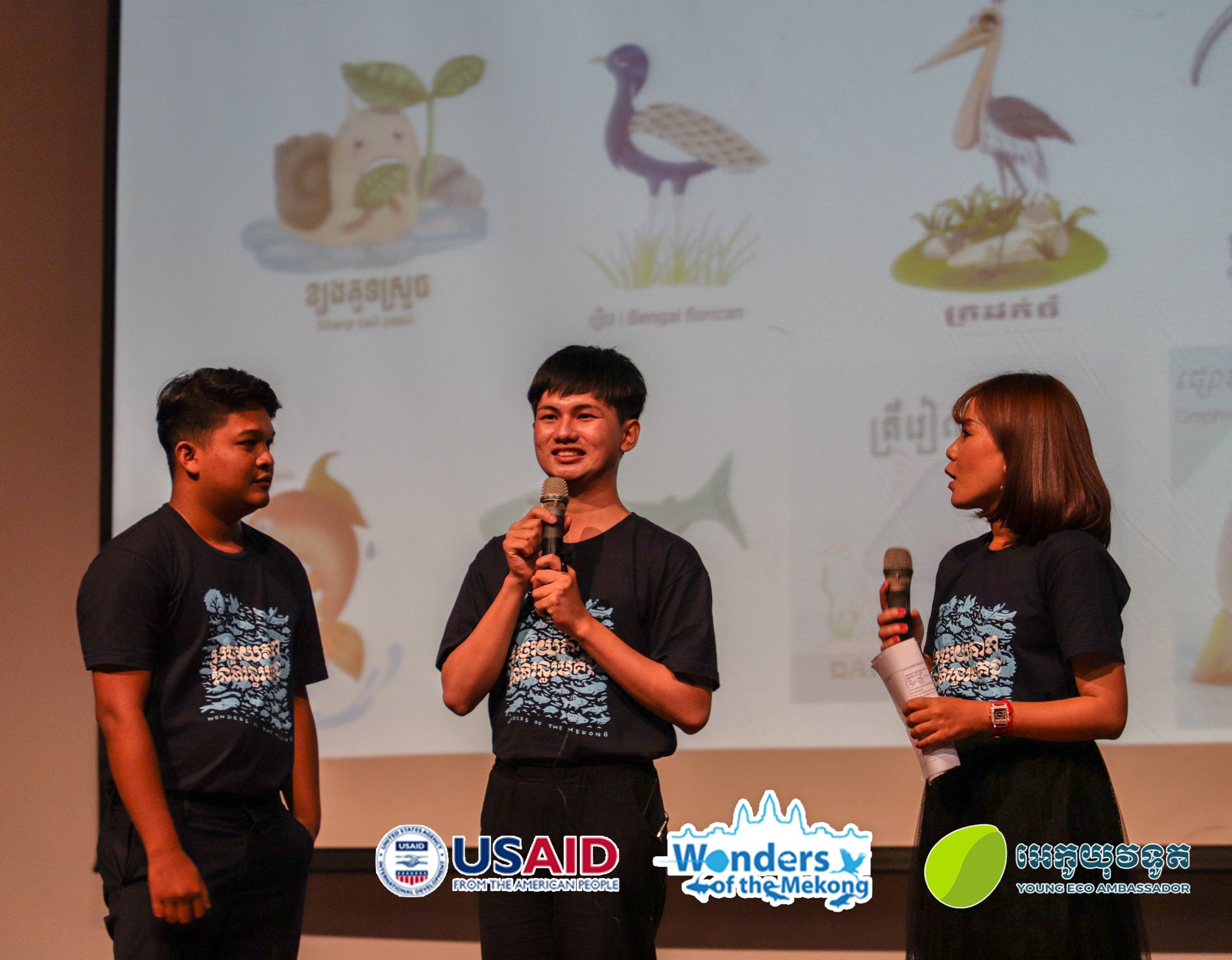 The event was closed by a speech of His Excellency Ponh Sachak, Secretary of State from the Ministry of Water Resource and Meteorology, admiring the concept of the art performances and the stories presented by the Young Eco Ambassadors. He also shared some of the policy regarding the development and conservation of the Mekong basin by his Ministry. The event was a great success to showcase the hard work of the creative Young Eco Ambassadors, and helped touch hundreds of minds and hearts, inspiring the next generation to care for Cambodia’s incredible Mekong River.