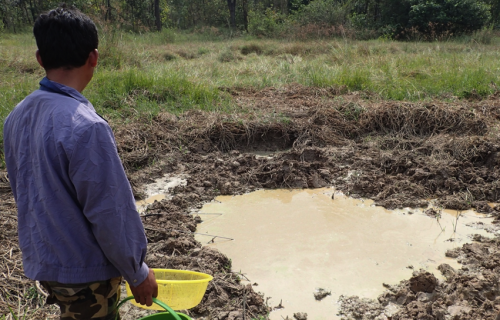 Fish never cease to amaze in their adaptability. FISHBIO did not have high hopes for finding any fish inhabitants when we approached this puddle while conducting fish surveys for our SUMERNET project in seasonal wetlands in Kulen Promtep Wildlife Sanctuary, Cambodia. However, climbing perch (Anabas testudineus) are seriously hardy fishes, so maybe it’s not so surprising that we found 17 of them hiding out in this small watery refuge! 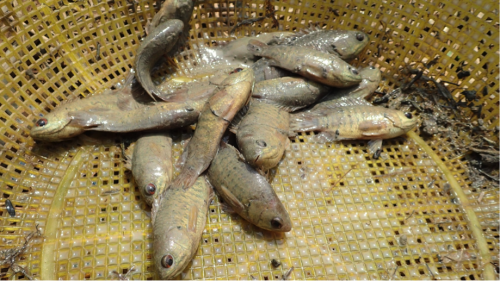 Climbing Perch are commonly found in ponds, swamps, and wetlands throughout Southeast Asia, and are known to be tolerant of extremely turbid conditions. In fact, they can survive hibernating in the mud for six months, they have special organs that allow them to breathe air, and they can walk on land using spines on their gill plates. These fish seem to have superpowers that other fish could only dream of, which makes them a formidable invasive species. They are also a favorite snack. While these fishes might have been tasty to fry up, we instead returned them  to their puddle to ride out the long dry season.