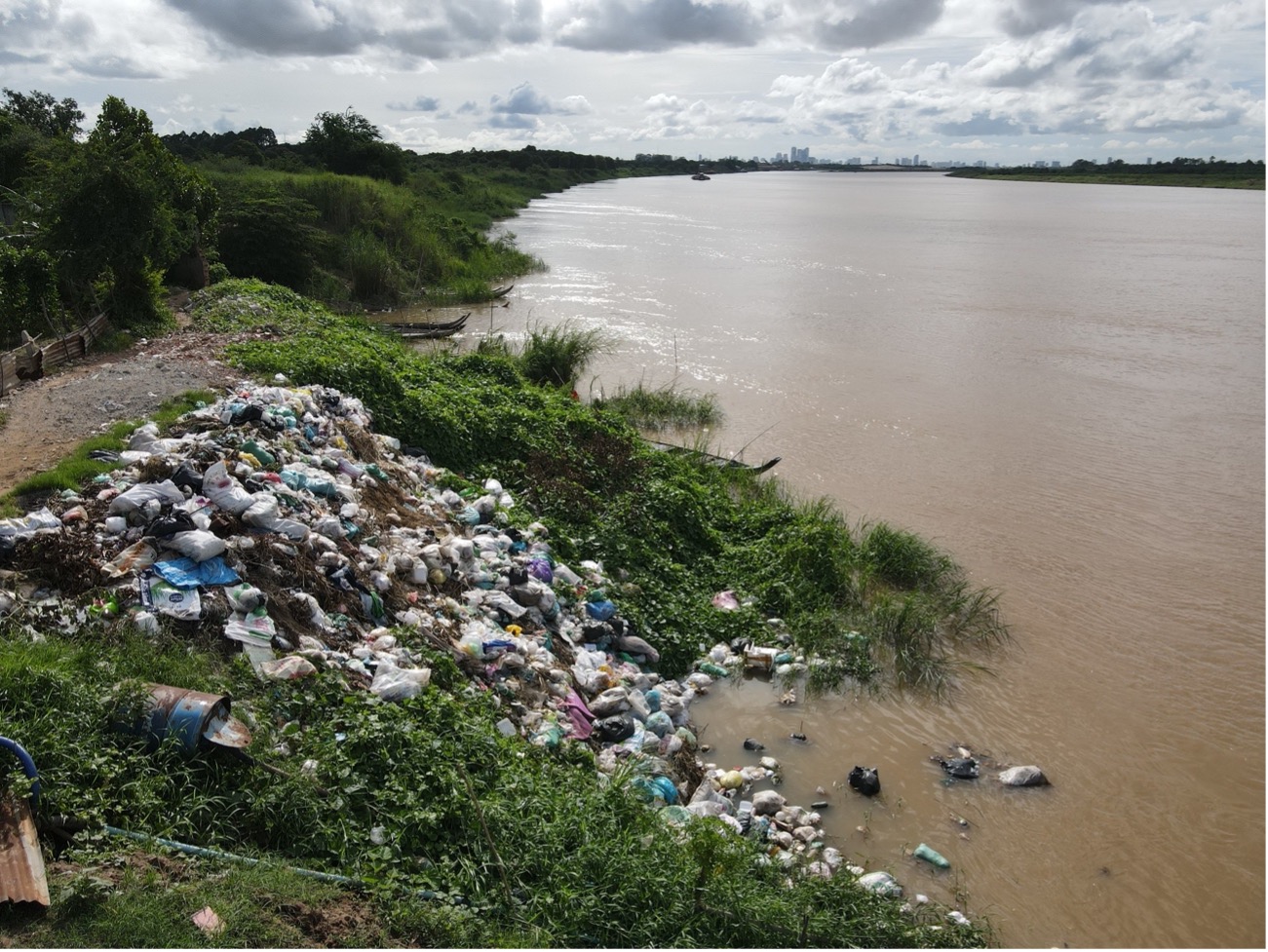 Kandal Province: The Mekong River is the sixth longest river in Asia and the twelfth in the world. The river flows from the Tibetan Plateau and is estimated to be about 4,909 km in length. The river runs through six countries: China, Myanmar, Laos, Thailand, Cambodia, and Vietnam. The Mekong River is an important water source for millions of humans, wildlife species, fishes, and plants. People receive many benefits from the Mekong River by consuming and using water every day for drinking, showering, washing, and irrigating crops. 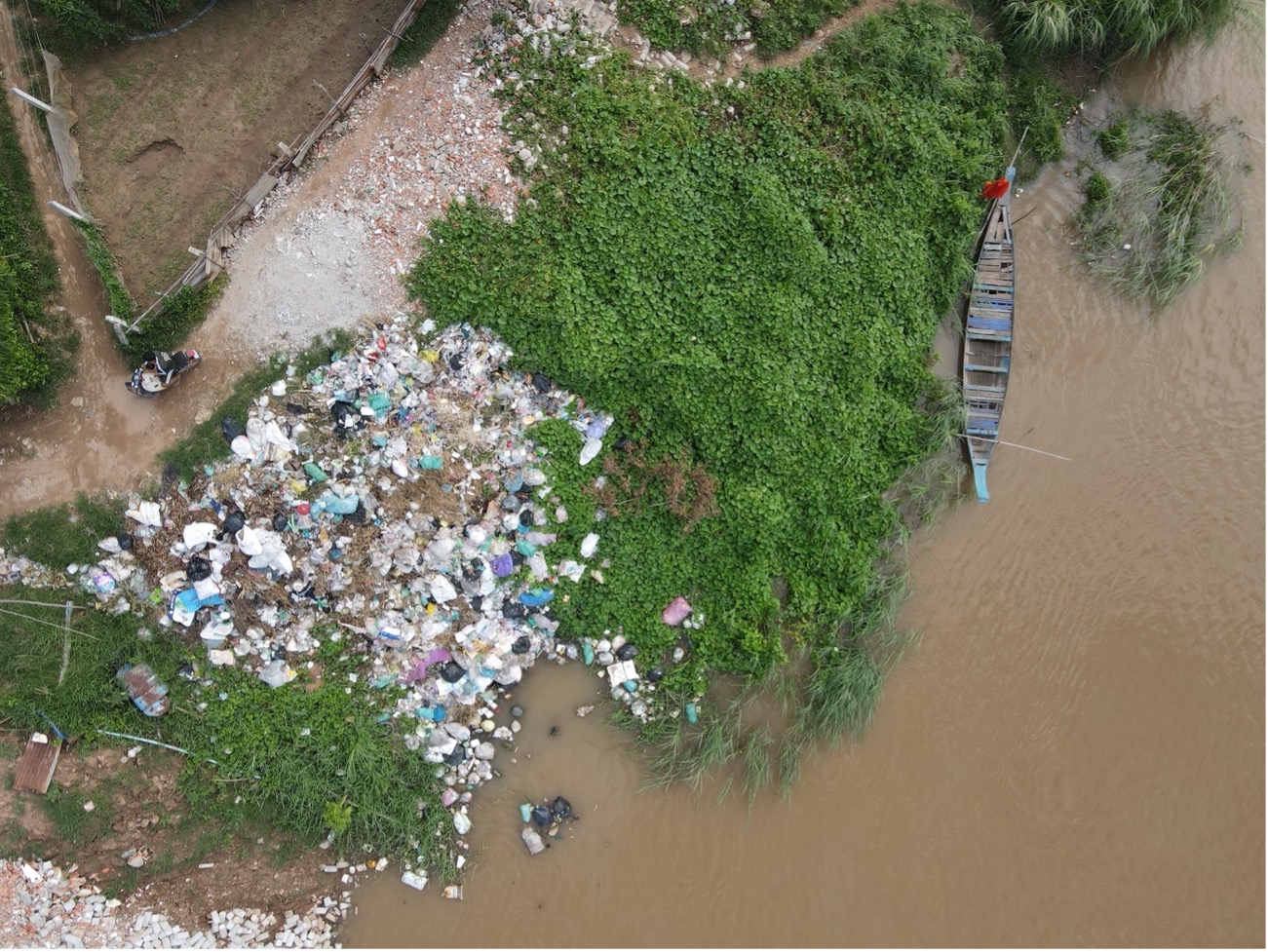 Unfortunately, even though humans benefit greatly from the river, we are also the ones who are destroying it. Many people tend to ignore the importance and existence of the river. In fact, some only regard the river as a popular dumping site. Tons of various garbage and pollutants are dumped into the river every day. Some types of trash sink to the bottom of the river and others float away, carried by river flow to other places. Some people might think that dumping the garbage into the river won’t hurt anyone because it will eventually be washed away by the river current. They might also think this is a convenient way of getting rid of the garbage, and that other people shouldn’t care about what they do with their trash. 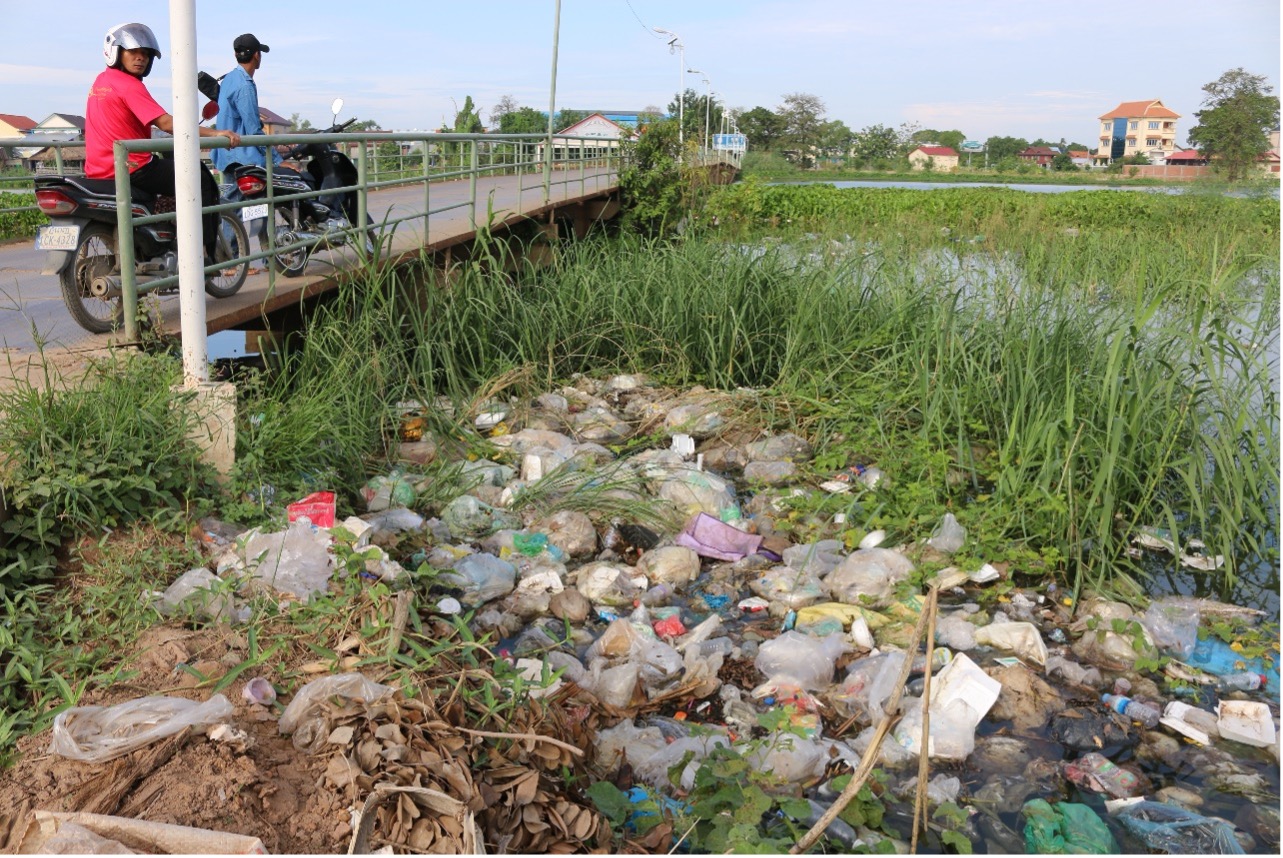 However, everyone should care that this waste pollutes the environment and the river because it doesn’t just disappear – and it can still come back to hurt us. Plastic waste degrades into smaller particles called “microplastics” that drift throughout the river system. Fish feed on these microplastics mixed in with their natural food, and when humans later catch those fish and consume them, we unknowingly consume the microplastics as well. Unconsciously, humans may eat their own garbage, the same trash they threw into the river. Besides the Mekong River, ponds, streams, and creeks, and other public places, also suffer the same fate as they are become popular dumping sites, as you see in the photos.