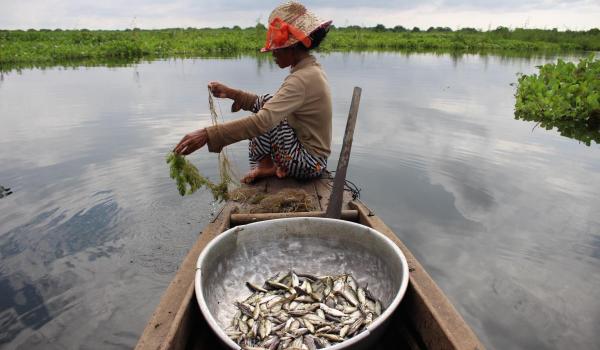 Project Background: Wetlands, such as marshes, rivers, mangroves, coral reefs, and other coastal and inland habitats, have many important functions. They regulate water flows, provide clean water, store carbon and reduce disaster risk by acting as natural buffers against erosion and the impact of flood, tsunamis and landslides. In the Lower Mekong region, millions of people rely on wetlands for their survival.

In recent decades, however, infrastructure developments, deforestation, the expansion of irrigated agriculture and increasing urbanisation have led to a dramatic decline in the region’s wetlands. This, in turn, has resulted in the depletion of fish spawning and feeding grounds and a reduction of water quality. Farmers in many areas are also increasingly affected by saltwater intrusion, landslides and flash floods, which are further intensified by climate change.

Funded by the International Climate Initiative (IKI) of the German Federal Ministry for the Environment, Nature Conservation, Building and Nuclear Safety (BMUB),  the “Mekong WET: Building Resilience of Wetlands in the Lower Mekong Region” project aims to build climate resilience by harnessing the benefits of wetlands in Cambodia, Lao PDR, Thailand, and Viet Nam.

Mekong WET will help the four countries to address their commitments to the Ramsar Convention, an international treaty for the conservation and sustainable use of wetlands, and to achieve the Aichi Biodiversity Targets.

Through its focus on wetland ecosystems, the project also supports governments in implementing their National Biodiversity Strategies and Action Plans (NBSAPs) under the Convention on Biological Diversity and pursuing their commitments on climate change adaptation and mitigation under the United Nations Framework Convention on Climate Change.

Objectives of the project:

The overarching goal is the establishment of an effective and replicable framework for delivery of ecosystem-based adaptation and mitigation benefits from existing and planned Ramsar sites (or wetlands of international importance) in the region, including through transboundary collaboration.

Partners: National Ramsar Administrative Authorities of the four target countries and Secretariat of the Ramsar Convention