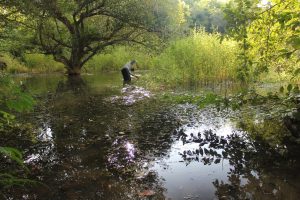 World Wetlands Day (today) celebrates the important role that wetlands play in communities across the globe. February 2 marks the day of the adoption of the Convention on Wetlands in 1971. Although wetlands offer many benefits to surrounding communities, they are generally overlooked and are often destroyed to make way for human development. Not only do wetlands provide a home to over 100,000 freshwater species, they can also help fight climate change by storing carbon and reducing the impacts of typhoons and tsunamis – these are just two of the seven primary ways in which wetlands benefit humans, according to the World Wetlands Day website. Despite their importance, wetlands are disappearing at an alarming rate; more than 64% have disappeared worldwide since 1900. Often, we do not recognize the full value of these ecosystem services (the goods, services, and other benefits provided to humans by an ecosystem) until well after wetlands are lost through land conversion. 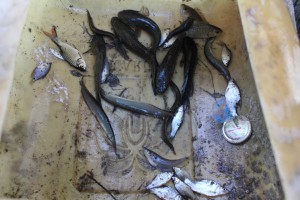 The Mekong Fish Network is participating in a new project in the Mekong Basin that aims to address this wetlands knowledge gap thanks to funding support from the Sustainable Mekong Research Network (SUMERNET). The MFN is collaborating with the University Network for Wetland Research and Training in the Mekong Region (Wetland University Network) to explore how people, fish, and birds are utilizing small wetlands in Southeast Asia. In order to better understand the value of these small wetlands and incorporate their ecosystem services into sustainable-use planning, we need to learn more about where these wetlands exist, and what particular services they provide. This project will bring together an interdisciplinary team of researchers to classify and map human uses and natural resources in small wetlands in dry, open forests that exist in and near Kulen Promtep Wildlife Sanctuary (Cambodia) and Yok Don National Park (Vietnam). Although there are likely more than 12,000 natural, small wetlands in Cambodia alone, these important ecosystems have not been examined in much detail anywhere in the Mekong Basin. 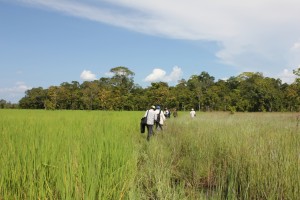 This project will pilot a wetlands assessment effort in these protected environments, with the hope of eventually expanding the study to other parts of the region. The project is supporting four graduate students from Vietnam and Cambodia, who will be jointly supervised by faculty from Can Tho University in Vietnam, Royal Agriculture University in Cambodia, and Vietnam National University – Ho Chi Minh City, as well as by researchers from FISHBIO and the International Crane Foundation. The researchers will conduct surveys related to bird diversity, fish diversity, vegetation, hydrology, and human uses. In addition, the project will focus on engaging with government partners in each country and the local communities near the wetlands. This wetlands ecosystem services project is just beginning, and we will provide more updates as this exciting and challenging two-year project progresses.