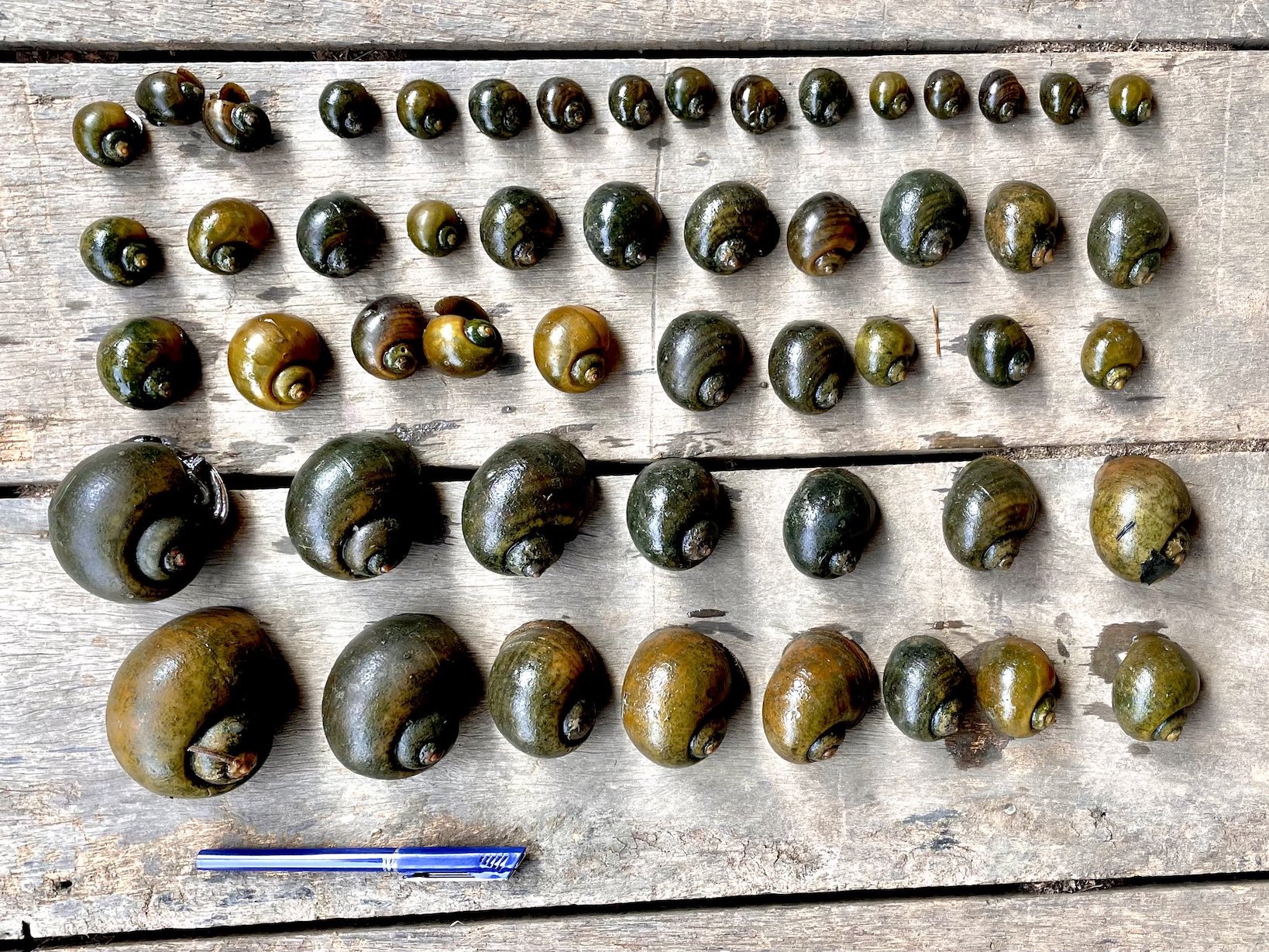 Known for its diversity of charismatic fish, the Mekong River and its tributaries also host an impressive assortment of invertebrates, such as an array of mollusc species that include gastropods (snails) and bivalves (mussels). These unassuming shell-dwellers are not as well-studied as fish, and what little is known about their diversity and distribution is largely based on observation records from the late 1800s and early 1900s. To muddy matters further, these old records lack associated specimen collections, which brings the validity of species assignments into question. Scientists working with the Wonders of the Mekong project recently undertook an ambitious initiative to catalogue the mollusc diversity in Cambodia’s Tonle Sap Lake. Their recent report provides a much-needed update on mollusc diversity in the region and highlights the need for more research on these important organisms (Ng et al. 2020).

The most comprehensive list of freshwater molluscs in Cambodia was created more than 50 years ago, and was based on samples collected from the main stem Mekong River. A variety of more recent surveys focused on other invertebrates have been conducted in the Tonle Sap, but when these studies encountered molluscs, they either did not record data on them, or at best identified them only to the genus level. The scarcity of mollusc-focused studies in the Tonle Sap stands in stark contrast to the value of these animals. The lake contains many economically important mollusc species that people harvest for food and income, including apple snails (Ampullariidae) and Asian clams (Cyrenidae). The economic benefits of these species may be threatened by recently introduced invasive molluscs, such as American apple snails. Moreover, the complete lack of reference materials leads to difficulties in species identification, and the associated concern that new invasive molluscs may go unnoticed. With this in mind, the scientists undertook an effort to review all available records, and to conduct surveys of the Tonle Sap to create an updated species checklist and to start the first specimen collection for the country. 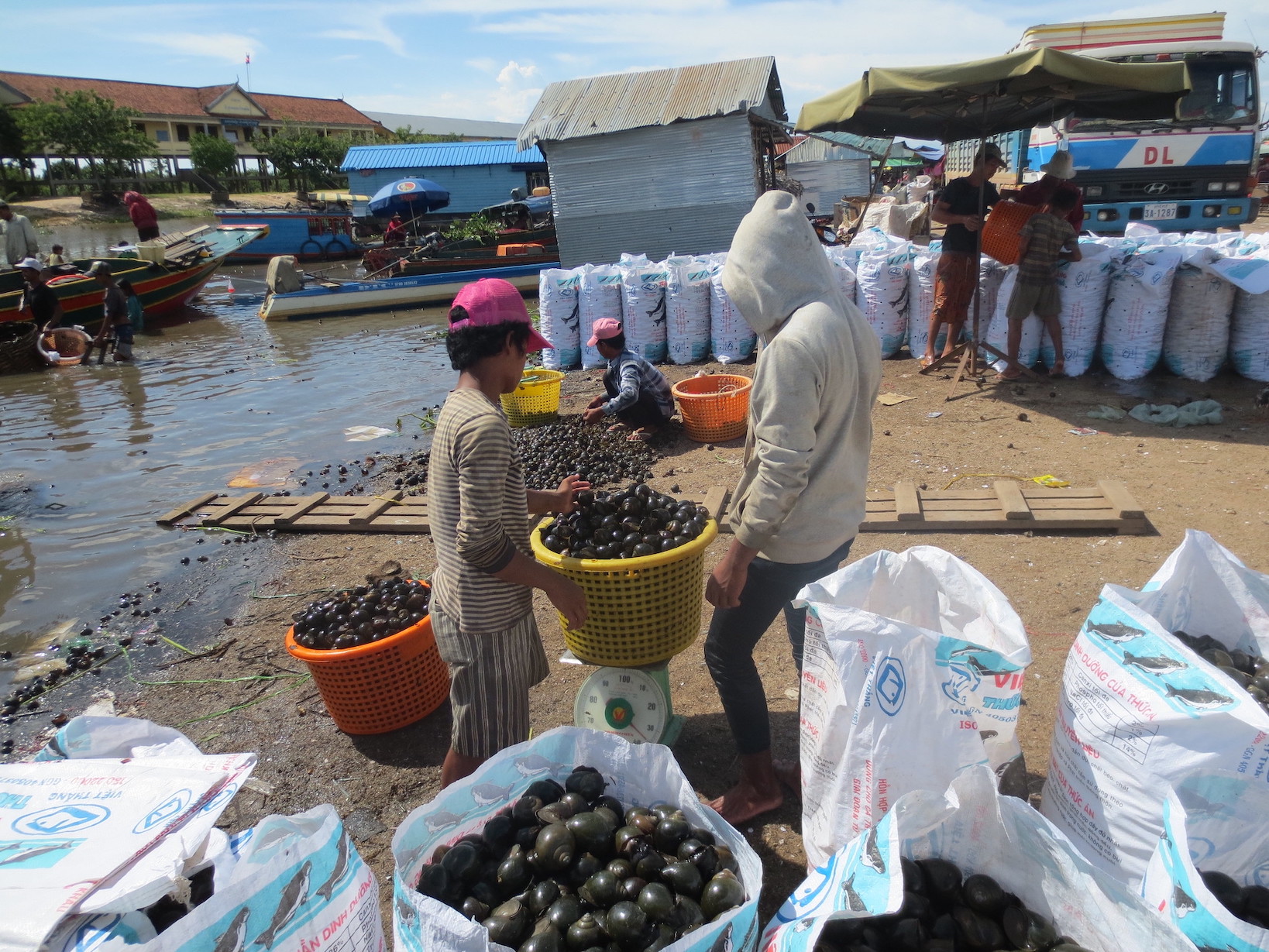 The scientists collected molluscs in the lake, tributaries, and floodplains with long-handled nets. Additional specimens were purchased from local markets. Using the descriptions of shell characteristics from the historic literature, the researchers identified the collected specimens, and created an annotated list of all the different species that they found. They then deposited specimens at three different natural history museums to begin the first freshwater mollusc collections in the region. The surveys in the Tonle Sap detected at least 15 species of bivalves and 16 species of gastropods, including three species that had never before been recorded in Cambodia. This assessment also indicated multiple species are in need of taxonomic revision. Of the nearly 300 freshwater mollusc species reported in the literature for Cambodia, only about half are considered valid species today. Of these, only 106 have had their conservation status assessed. Although many are classified as “data deficient,” at least eight species are considered either vulnerable or near threatened. 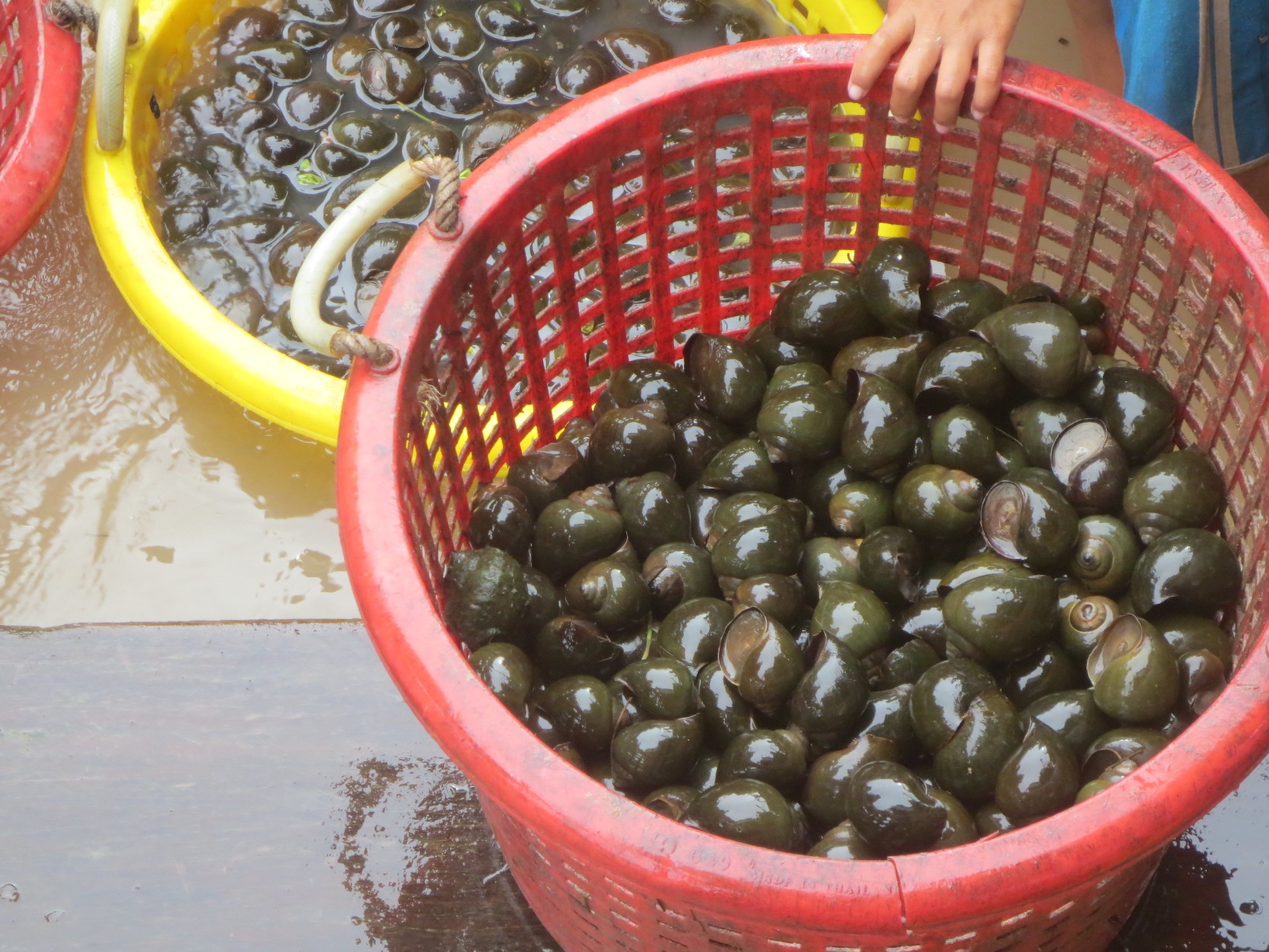 This study demonstrates how much work remains to be done to understand the taxonomy and ecology of the Tonle Sap’s molluscs. Among the most important species to focus research efforts on are the native apple snails. The populations of these snails in the Tonle Sap appear to be unique, as they are still harvested in great numbers while their relatives in other parts of Southeast Asia are rapidly being replaced by invasive American apple snails. Understanding what has made these Tonle Sap populations more resistant may provide critical insights for management and conservation. Some native species may also be rising to “pest” status, such as the mussel Limnoperna fortune, which forms dense mats on both man-made surfaces and the shells of other native molluscs. These native species may be benefitting from environmental changes, allowing their numbers to swell at the expense of the other species in the community. Overall, the impacts of dams, invasive species, overfishing, land development, and climate change put Tonle Sap molluscs in a precarious position. As such, this checklist is a critical first step to guide future research and improve understanding of the ecologically and economically important mollusc diversity of Tonle Sap.