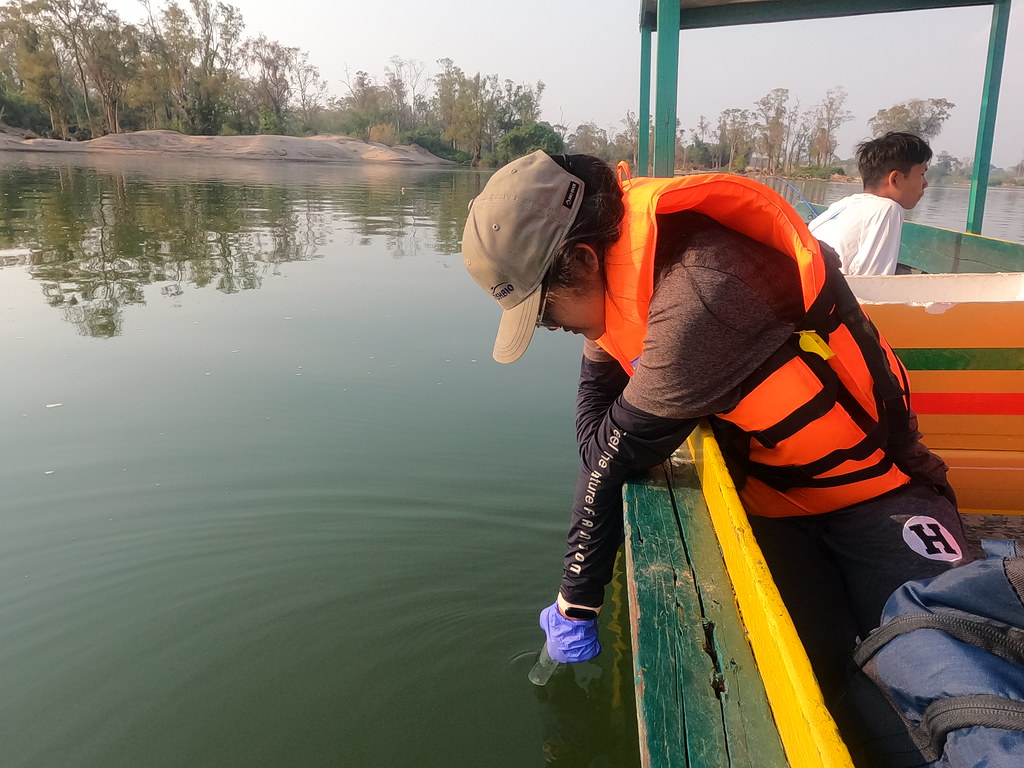 Being able to consistently and comprehensively monitor aquatic biodiversity is critical to inform fisheries management and evaluate the effectiveness of conservation actions. For large tropical rivers like Southeast Asia’s Mekong – which spans six countries and is home to over a thousand species of fish – the logistical and physical challenges of sampling the full range of diversity in the system are daunting to say the least. But the key to achieving this colossal effort may be microscopic. Environmental DNA, or eDNA, is rapidly proving itself to be an invaluable tool for monitoring biodiversity, particularly for fish communities. However, it has only just begun to be applied in diverse tropical river systems, and has yet to be comprehensively evaluated in the Mekong Basin. But that is about to change, as FISHBIO and the Cambodian group Young Eco Ambassador (YEA) have recently undertaken a pilot effort funded by the Wonders of the Mekong Project to conduct eDNA sampling at a landscape scale across the lower Mekong and its tributaries in Cambodia. The results from this study will represent an important first step for understanding the types of questions that eDNA analysis may help answer in the Mekong, which in turn may pave the way for its integration into fisheries monitoring programs in the region.

Environmental DNA techniques rely on the detection of genetic material that living things shed into their environment, and collecting an eDNA sample is as simple as pushing river water through a very fine filter to capture particles that may contain DNA. Because collecting eDNA samples is inexpensive and can be done rapidly, this technology represents a potentially powerful opportunity to efficiently collect a significant amount of data across very large landscapes. Monitoring with eDNA has already been extensively applied in temperate river systems, and has yielded valuable information for fisheries managers. Further, comparisons of eDNA data with data obtained from traditional sampling methods (like nets and traps) have shown promise for this technique to effectively capture fish community diversity. Although eDNA methodology has been successfully implemented for the detection of rare species in the Mekong, including the Mekong Giant Catfish (Pangasianodon gigas), the use of eDNA to capture a “snapshot” of all the fish present in an area has not been broadly tested in the region, and indeed has only just begun to be used in tropical river systems. This community approach to eDNA relies on a methodology known as metabarcoding, in which fragments of DNA from a specific region of the mitochondrial genome are amplified. Variations in these sequence fragments can be used to identify the species that shed the DNA in question, and in this way many species can potentially be identified from a single water sample. 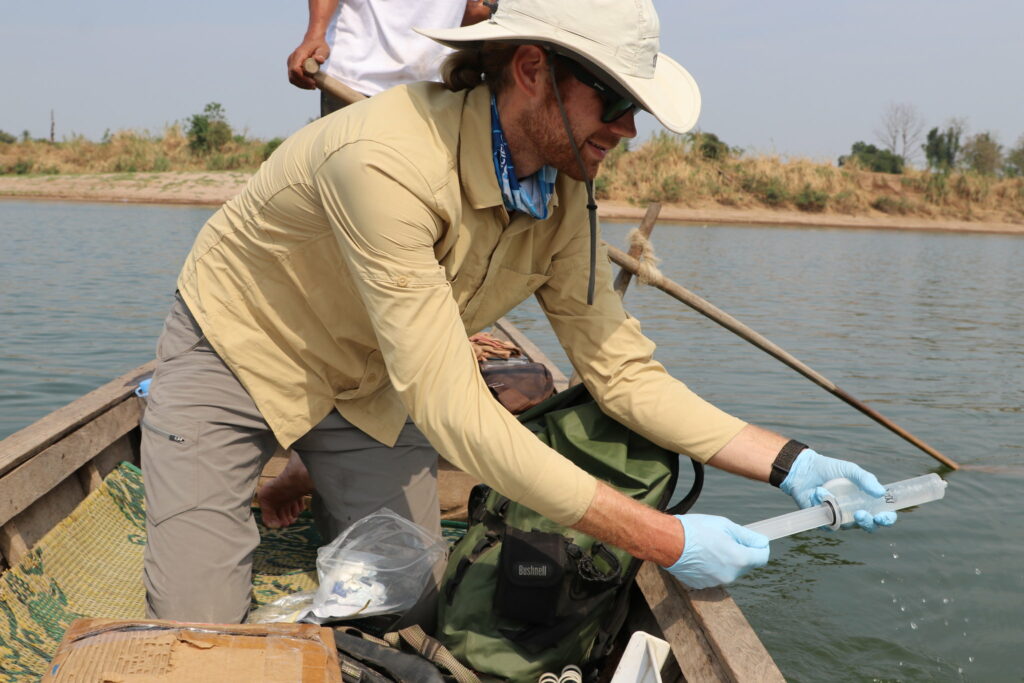 For the metabarcoding approach to effectively evaluate diversity, reference libraries of genetic sequences must be available that can be used to tie any detected DNA sequences back to the species that shed them. Libraries for hyper-diverse tropical rivers like the Mekong are far from complete, but recent analyses of existing reference libraries have identified which regions of the mitochondrial genome currently have the greatest number of species represented among the reference sequences. Further, these analyses have identified the species and groups of species for which reference sequences are missing, allowing scientists to know which species to target for future sequencing. Although coverage is far from complete, selecting the genome regions with the best reference libraries will allow this baseline Mekong study to maximize the proportion of the fish community that will be captured by the eDNA analysis.

Earlier this year, YEA and FISHBIO researchers collected 51 eDNA samples from the Mekong River and its tributaries. Sample collection locations ranged from the Cambodia/Lao border to as far south as Phnom Penh, and included the mainstem Mekong River, Tonle Sap Lake, and the Sekong, Sesan, and Srepok (3S) tributaries in the northeast. The collected samples are currently in the process of being analyzed, and will soon provide a first look at the data that eDNA metabarcoding can provide in the basin at a landscape scale. For a system as large and biodiverse as the Mekong, developing best practices for eDNA sampling is an important step towards providing valuable biodiversity data and guiding more targeted monitoring efforts to inform management and conservation actions for the watershed’s vitally important fisheries.