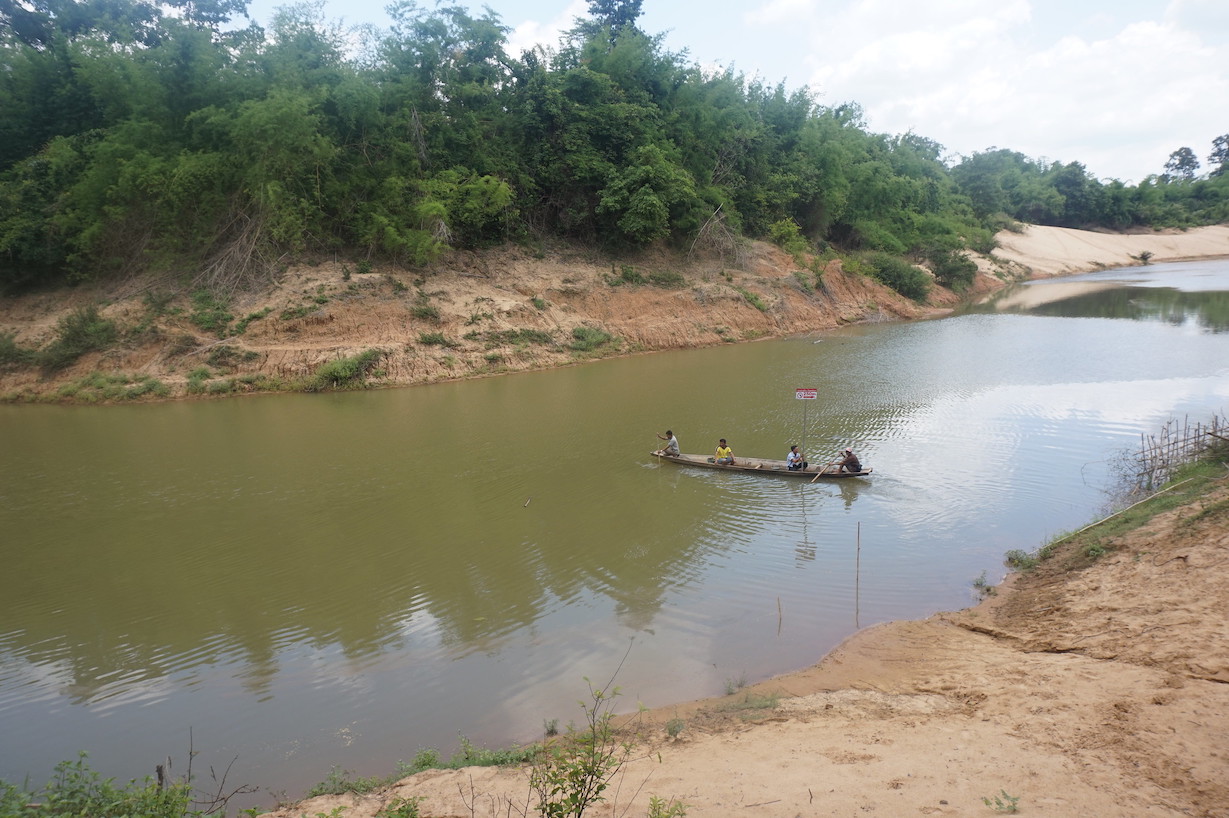 The remote village of Kengmeaw in central Laos may be located hours away from any major city, without access to many resources, but villagers there have still managed to sustain a successful model of a Fish Conservation Zone (FCZ), or a freshwater protected area closed to fishing. This village of some 750 people sits at the northern border of Savannakhet Province near Xenamnoy Stream. Since 2008, the villagers of Kegnmeaw have patrolled an FCZ in this river, less than a hectare in size, to prevent fishing in the location. The Kengmeaw FCZ served as one of the field sites for pilot testing the FCZ assessment guidebook that FISHBIO recently published with support from the Critical Ecosystem Partnership Fund. The village had previously worked with the Japanese International Volunteer Center (JVC), which has undertaken many rural development projects in central and southern Laos, including helping Kengmeaw and several neighboring villages set up FCZs. The goal of the current project activity was to see whether the Kengmeaw FCZ was still functioning some ten years later, and what factors contribute to its successes or challenges. 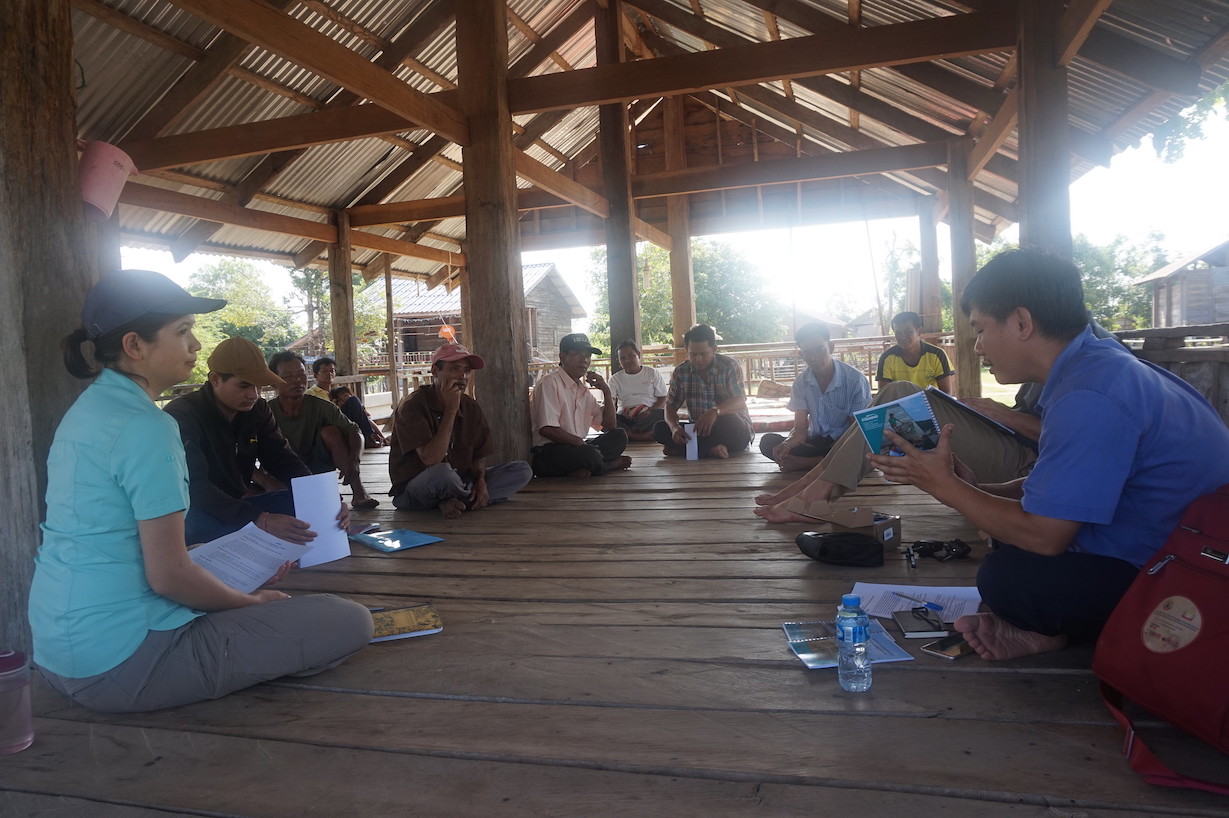 The road to Kengmeaw is bumpy and rutted, making for a bone-jarring truck ride lasting three to four hours from Route 13, the main highway in Laos. The FISHBIO team made this trek four times over the last three years to consult with the villagers about participating in the project, to select indicators of FCZ effectiveness to be measured during the guidebook pilot testing, to collect data to measure those indicators as part of an FCZ assessment, and most recently to share the results with the community. As part of the FCZ assessment, they conducted surveys to interview the villagers and village leaders about the socioeconomic and governance effectiveness of the FCZ, as well as a gill net fisheries survey to measure ecological effectiveness. 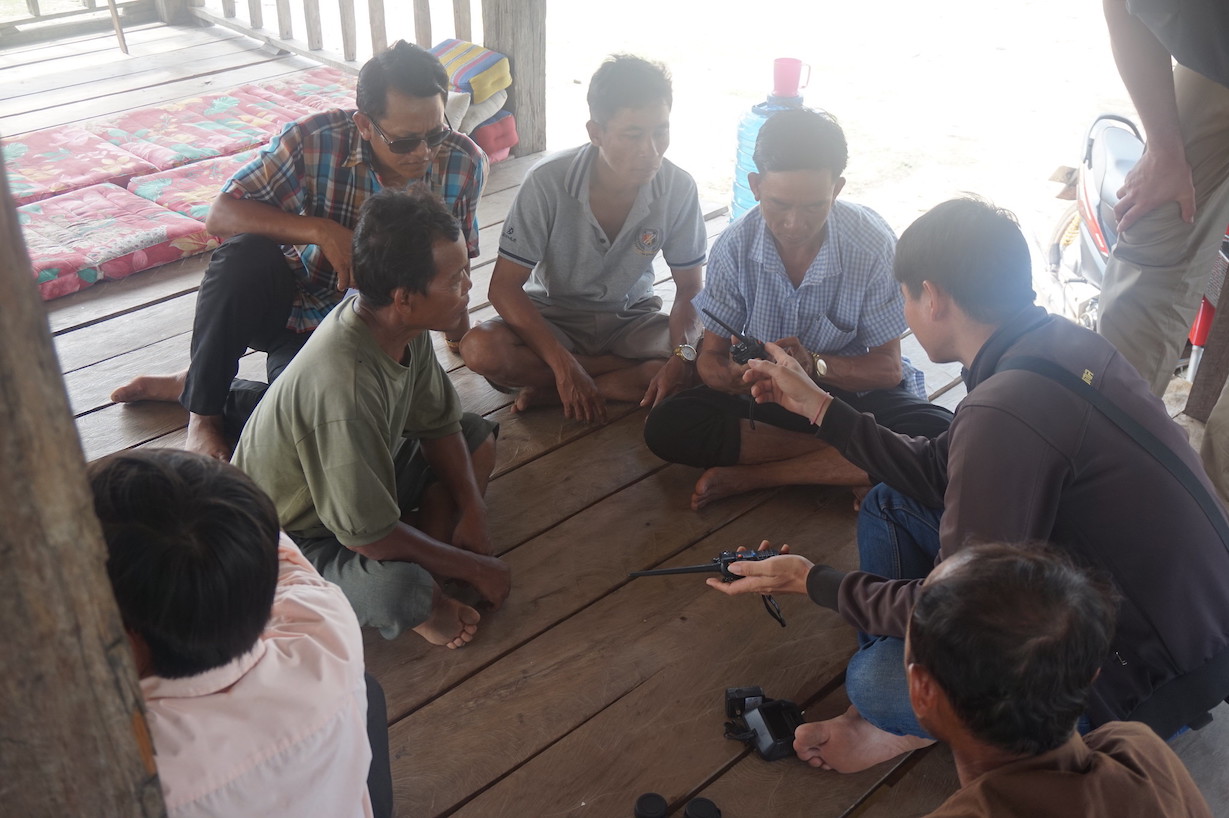 The assessment found that villagers generally thought the FCZ was working to increase fish populations and sizes, although they also said they did not necessarily see this reflected in their fish catches. The team only conducted one gill net sampling survey as part of the assessment, but did find larger fish inside the FCZ than outside. Perhaps most significantly, the assessment found that the village had a good track record for enforcing the regulations of the FCZ, having apprehended four people who have broken the rules of the FCZ since 2010.  Each violator was fined 500,000 Lao Kip, a bit less than $60. The most recent offender was someone from outside the village who claimed to have not seen the FCZ sign. To help the community replace their aging and faded FCZ signs, FISHBIO designed and purchased new metal signs to display the FCZ regulations and mark the boundaries, and brought the signs to install during the final visit to the village. 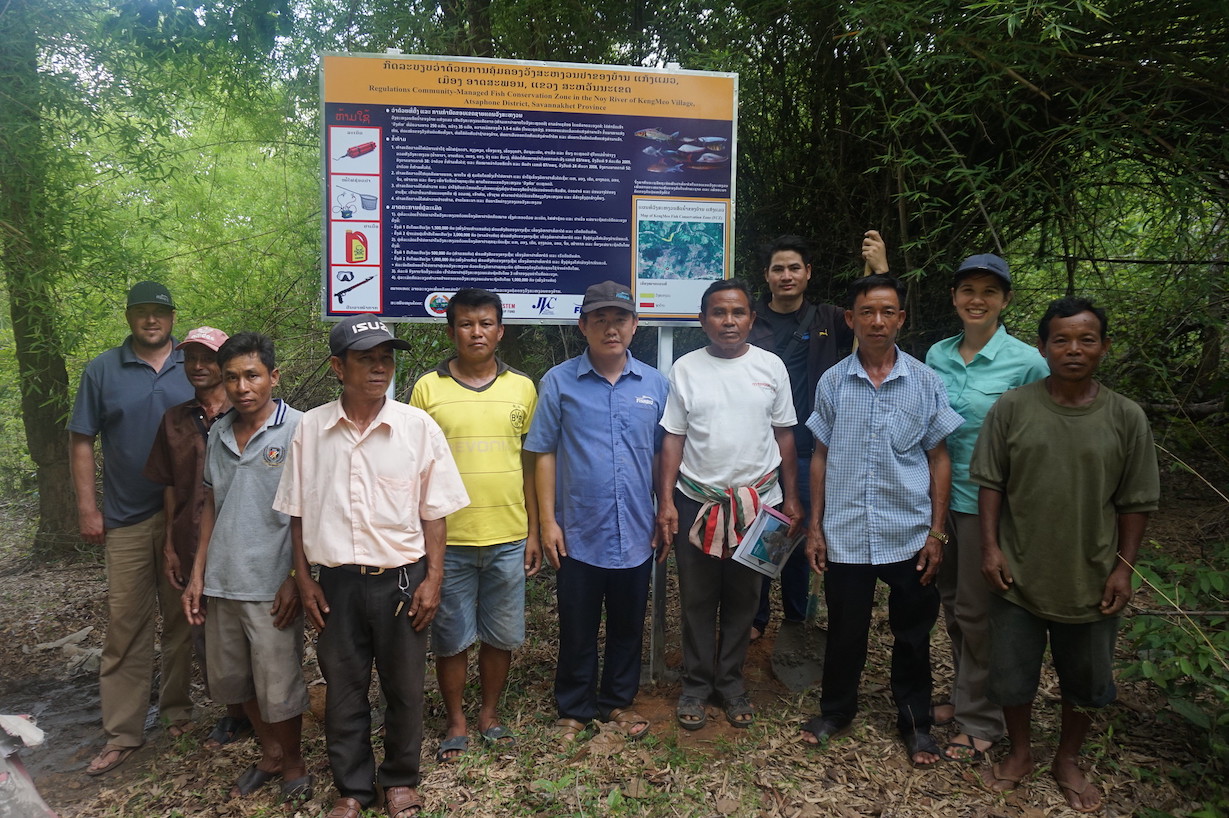 During the final community visit in May of 2019, the villagers told FISHBIO that JVC helped establish about 10 FCZs along Xenamnoy Stream in 2008, but the Kengmeaw FCZ is now the only one that is still regularly functioning. When asked why they thought their FCZ had succeeded where others had failed, the village committee replied that the most important factor is having strong leadership in the village, particularly involving elders in leadership decisions. When villagers respect and follow the decisions of the village committee, they said, then everything from Fish Conservation Zones to temple construction can function properly. After sharing the results of the FCZ assessment, FISHBIO showed the enforcement team how to use some equipment to assist their patrols, including binoculars and a set of walkie-talkies. Then the team helped install new regulation signs and boundary markers for the FCZ on both sides of the river.  The visit was a unique reminder that  even a remote village without many resources can, given the right conditions, be a conservation success story. Their experience also stresses the importance of strong local leadership for achieving conservation outcomes, something other communities can learn from.