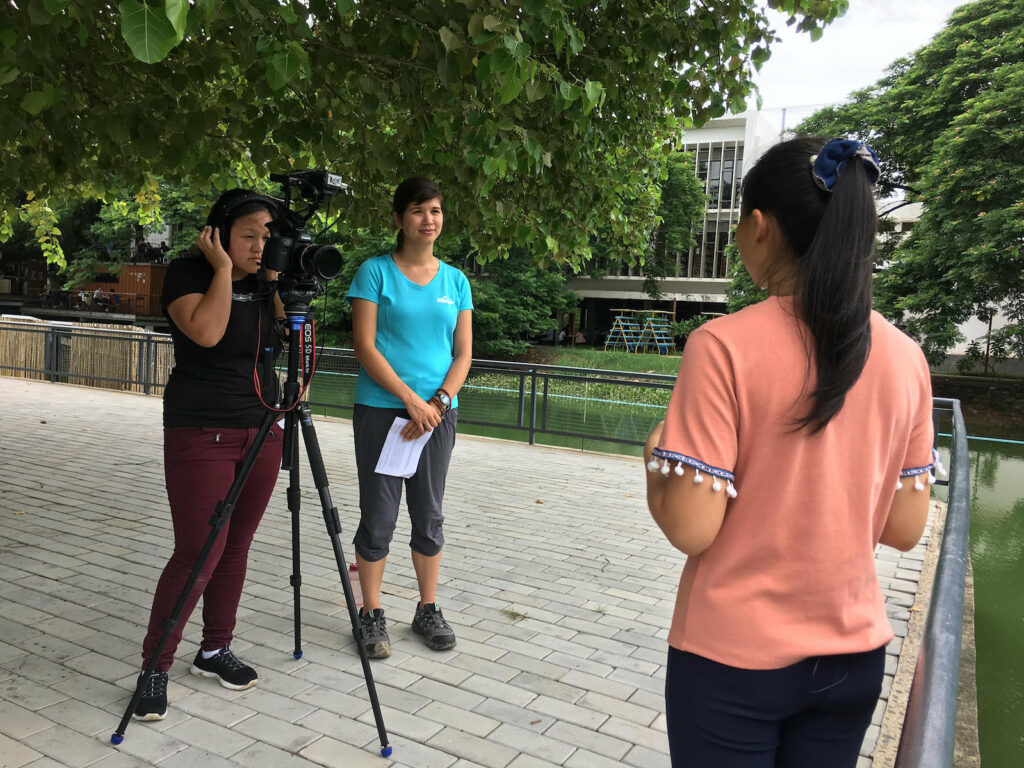 Stories, imagery, and engagement can play a powerful role in helping people connect with and appreciate the natural world. This inspiration can in turn lead to action to protect nature, which is why outreach and communication are often central pieces of conservation initiatives. FISHBIO helps facilitate communications activities for the multidisciplinary Wonders of the Mekong project in Cambodia funded by USAID, which seeks to raise awareness about the unique value of the Mekong River and its “wonders,” such as diverse species and habitats, as well as threats to those wonders. As part of the project, FISHBIO staff led a review of various communication tools that can be used to inform conservation (Loury et al. 2021). The publication considers three in-person communication approaches (environmental education, outreach events, and field trips), as well as four types of media-based approaches (print products, news media, visual media, and social media), and uses the Wonders of the Mekong as a case study to illustrate each. The paper highlights an inherent tradeoff in the amount of resources and effort required for in-depth engagement versus a broad overall reach, concluding that a diverse communication strategy using different tools for different audiences will likely be most effective. 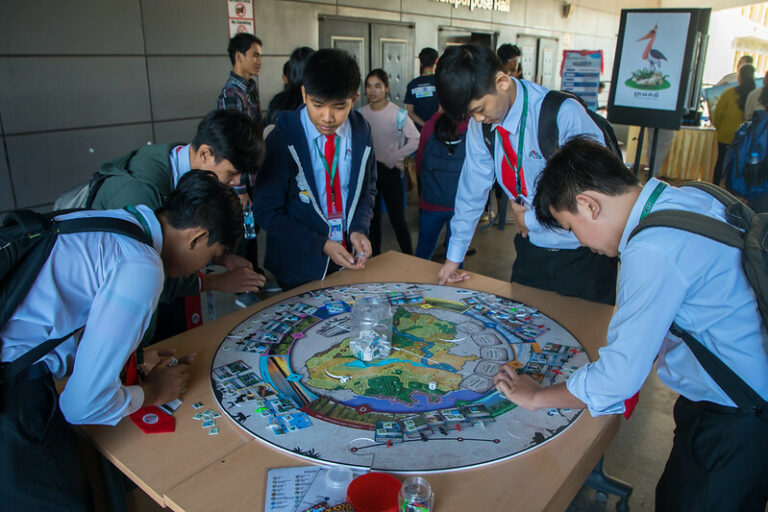 Face-to-face communication is an important tool for building trust and connection, which makes in-person approaches important for environmental outreach. Several in-person activities for the Wonders of the Mekong project have been spearheaded by the Cambodian organization Young Eco Ambassadors (YEA), which has found field trips that bring Cambodian youth and young professionals from the city to rural areas to be a particularly impactful strategy for inspiring a connection to nature. YEA has also organized outreach events to raise awareness about the Mekong, and has incorporated artistic approaches such as songs and traditional Cambodian dance to communicate messages of conservation. Although field trips and events can be logistically challenging and expensive to coordinate, they can have a memorable and lasting impact on those who participate. Formal and informal education initiatives for young people are another way to make a long-term investment in conservation, and to that end Wonders of the Mekong is developing an education guide to help teachers introduce their students to the many aspects of the Mekong River. 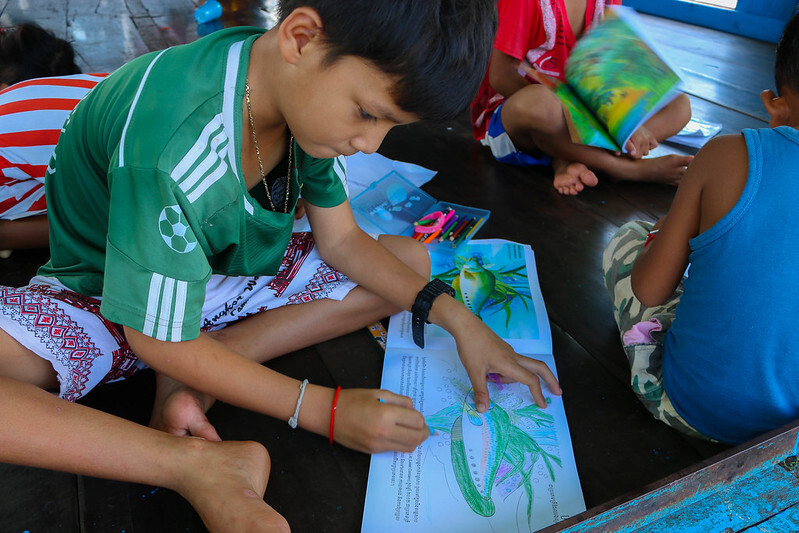 The paper also reviewed four types of media-based communication. Printed products such as posters, brochures, or booklets are effective at reaching people in rural areas with limited access to technology. One popular product from the Wonders of the Mekong is a coloring book about endangered fish species, which presents learning opportunities for both children and their parents, and which can be incorporated into in-person outreach events. Coverage by news media outlets is a way for conservation organizations to expand their reach to new audiences, and relationships between Wonders of the Mekong with journalists at National Geographic and the popular Cambodian news outlet Thmey Thmey have led to many widely-read stories about project activities and Mekong species of concern, especially large, charismatic aquatic wildlife. Visual media such as photography and videos are important tools for inspiring a connection with rare species or hard-to-reach landscapes. Finally, social media can be an effective strategy for reaching large numbers of people with relatively limited effort. Facebook usage is high in Cambodia, with 8.8 million accounts reported in a country of 16.5 million people in 2019, and the Wonders of the Mekong project has grown a large social media following in the country. One social media post that went viral revealed the large amount of trash being collected by the dai (stationary bagnet) fishery on the Tonle Sap River, and the response to the story indicated widespread concern about this environmental issue.

A key lesson learned by the Wonders of the Mekong project is the value of communicating in local languages. The project has published social media stories and videos in both English and Khmer, which has required extra effort for translation, but has made it possible to share messages with both Cambodian and international audiences. Communication strategies can also be combined to increase their impact. One of the project’s most well-received efforts has been the Mekong Conservation Heroes program, which seeks to highlight the inspiring stories of Cambodians working to study, protect, or raise awareness about the Mekong ecosystem. The program creates multimedia profiles for each selected individual, including blog posts, photos, and video interviews, which are shared broadly on social media. The program also invites the “heroes” to share their stories in person at education and outreach events. The Wonders of the Mekong project has invested in energy-intensive efforts to engage hundreds of people in person, while also promoting conservation messages to hundreds of thousands of people using media-based approaches. This mixed strategy to balance engagement with reach has shown to be effective in elevating the profile of Cambodia’s unique natural wonders while fostering pride in local stories and role models.